Beatles tunes and fantasy in Yesterday, a mesmerizing woman quest in China and Buddy, a treat for dog lovers

Then the film tops itself. Wang falls asleep in a movie theatre and for the next hour in a single shot, no edits, we watch his wanderings. Down into a mine and back out he goes, a ping pong game, a precise and difficult billiard shot, a scooter ride, descent on a zip line to a village far below, up and down stairs, into rooms and down alleys. And more. Amazing to watch and again, is it a dream or is he awake? Doesn’t matter. Just go with it. It’s worth it. (VanCity Theatre) 4 out of 5

BUDDY: Hey dog lovers. Here’s another one just for you. It’s Dutch, is very moving without overdoing it and highlights how close the connections can be between human beings and their animal friends. These six in Heddy Honigmann’s documentary are primarily workers. They’re service dogs.

Missy guides a blind man to the door of the train he wants to get on. Makker enables a blind woman to go running in the woods. Mister enables an army veteran with PSTD to go outdoors at all. But none of them equal what Kaiko can do. 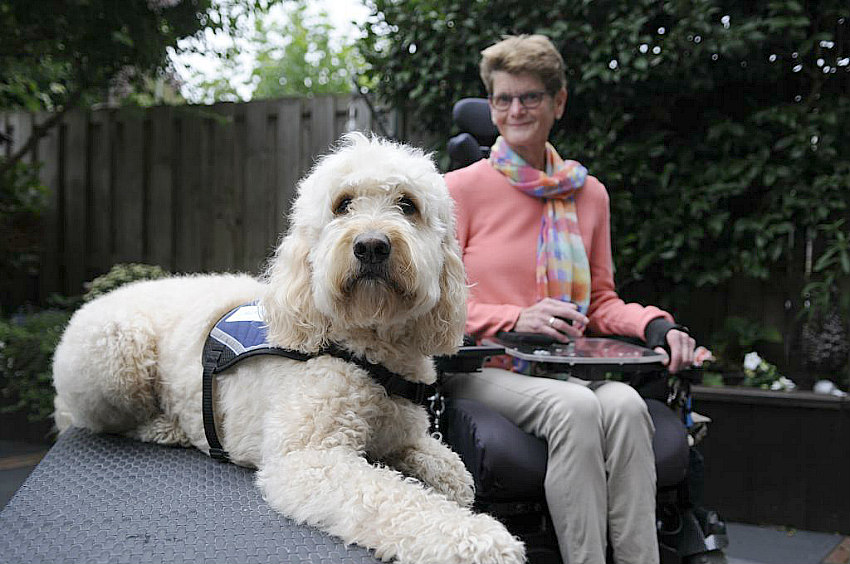 Erna Aarnsen is wheelchair bound. Kaiko opens the fridge door and gets the pitcher of cream for her and picks groceries off the shelves at the store.

At night Kaiko pulls up the duvet cover on her bed to fully cover her and most remarkably, pushes the plunger on her hypodermic needle to inject her medicine.  The film shows many simpler examples. Kay pulls her master’s wheelchair with a rope. Utah is friends with an autistic boy and prevents him “from getting too angry.” What it doesn’t show is maudlin sentiment. Even when it acknowledges that dogs like this have a short working life and will have to be replaced it does not tug at the emotions. You can add them yourself. (VanCity Theatre) 4 out of 5

GORDON LIGHTFOOT: IF YOU COULD READ MY MIND: He’s one of our greatest songwriters and a beloved performer but he’s not known for revealing much about himself when he talks. He chose to let out a little more than usual for this film, possibly because he knows and trusts the directors. Joan Tosoni and Martha Kehoe have a long background in music and TV documentaries here in Canada and have worked with him before. This bio is diligent, respectful and surprisingly frank and candid. That’s when Lightfoot admits his regrets about how he treated people at times. ”I caused emotional trauma,” he says. 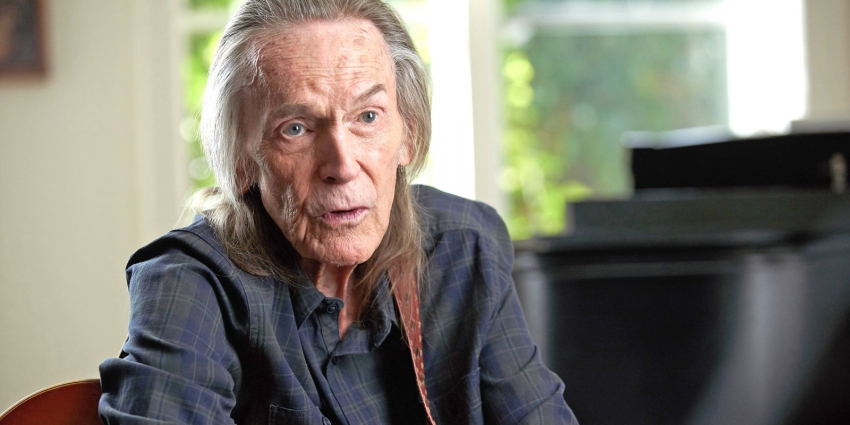 I’d heard rumours of that and experienced a very minor example myself years ago. I wrote a review of his latest album and he read the one negative comment out loud from a coffee house stage while I was there. Hardly comparable to what he recalls in the film.

He tells of a drinking problem, drunken rages, leaving his wife and kids and how all that found its way into his songs. Before that, it’s a straight appreciation of his art, with lots of performance clips, excerpts from some 26 songs and laudatory comments from many: Ian, Sylvia, Randy Bachman (“unique sound”), Alec Baldwin (“so clean”), Murray McLaughlin (“craftsman”),  Geddy Lee, Steve Earle, Anne Murray and on and on. It’s a celebration. There are interesting background stories and some of the early clips –the barbershop quartet he was in or him on Country Hoedown—are priceless. It’s a well-rounded portrait; not complete but OK for now. (VanCity Theatre, Sat. Mon. Wed. and Thurs.) 3 ½ out of 5

Also now playing …
ANNABELLE COMES HOME:  Ready for another haunted doll movie? Chucky is out there in Child’s Play and Annabelle is back in her third film, part of the very successful Conjuring films that are now up to #7. I’ve seen several, but not yet this one, which I understand takes place between the opening and the rest of the first Conjuring film. (Fans care about these things).

Vera Farmiga and Patrick Wilson are back as real-life demonologists Ed and Lorraine Warren but they leave for most of the film having locked Annabelle safely away in a display case. Their 10-year-old daughter and her babysitter are alone, but a friend comes over to play, disregards the warnings, opens the case and havoc ensues. The reviews have been a mix of “good scary fun” and “repetitive.” “Popular” is likely the most appropriate word.