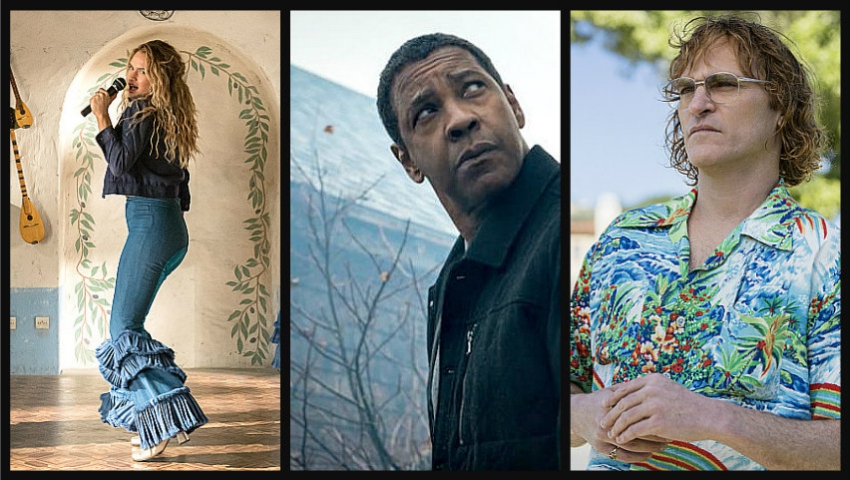 More? How about Mary Shelley, who wrote Frankenstein, Arrhythmia, the real Russia, Prodigals, a BC look eastward, and memories of horror with The Accountant of Auschwitz

There’s a lot to consider this week and here’s another to look ahead to. CBC TV is starting a series next week that will focus on Canadian women movie directors. Every Saturday night until mid-September, there’ll be an interview with one of these women, followed by her latest film shown full-length. The series stars July 28 with Mina Shum and her charming very-Vancouver film Meditation Park.

The next two are Patricia Rozema with Into the Forest and Ann Marie Fleming with Window Horses. There are eight in all, and definitely worth watching.

Meanwhile, these are new in theatres this week:

The Accountant of Auschwitz: 4

MAMMA MIA! HERE WE GO AGAIN: But how? They answered that inevitable question quite cleverly. This is a sequel to the massive and enduring hit of 10 years ago, and a prequel too. Sophie (Amanda Seyfried) works towards a grand re-opening of the hotel she has restored to honor her mother Donna (Meryl Streep). We don’t know what had happened to the place or to mom, but we get all the preparations and the anxieties. For instance, who of the three dads will be there? And alternating back and forth we get the flashback story of why there were three potential dads. We watch Donna graduate from university, to a rousing song, of course, wander through Europe and one by one hook up with three hunky men. Lily James is immensely appealing playing her. 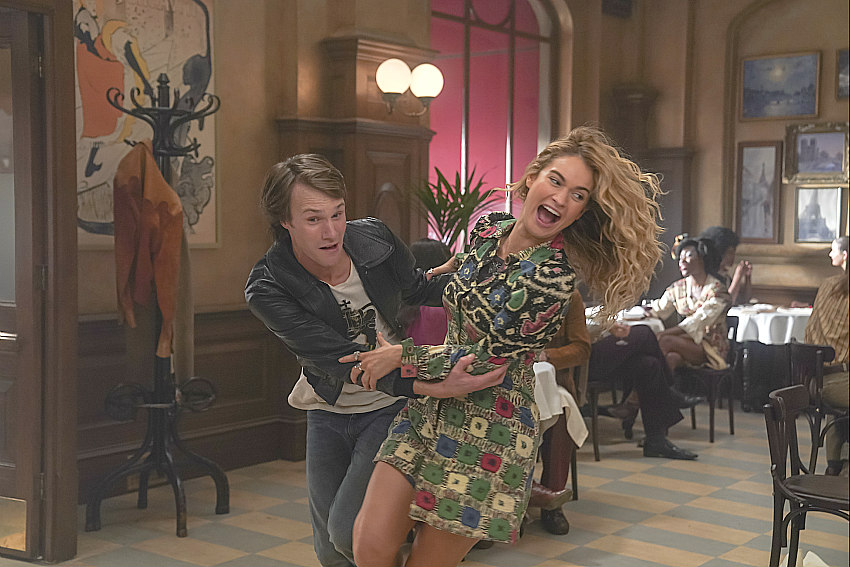 With her life journey, the focus on mother-daughter relations and ABBA songs popping up regularly, this film almost matches the buoyant fun of the first and is likely to resonate with women just as much. The procedure is much the same: every possible chance, some in the cast, or all, break out with an ABBA song, relevant or not. Some are repeats but re-staged. “Dancing Queen” is now a rousing number sung by people crowded on a fleet of fishing boats. Hokey but thrilling. Others like “Andante, Andante” and “Angel Eyes” from further down in the albums are lesser known but good adds. 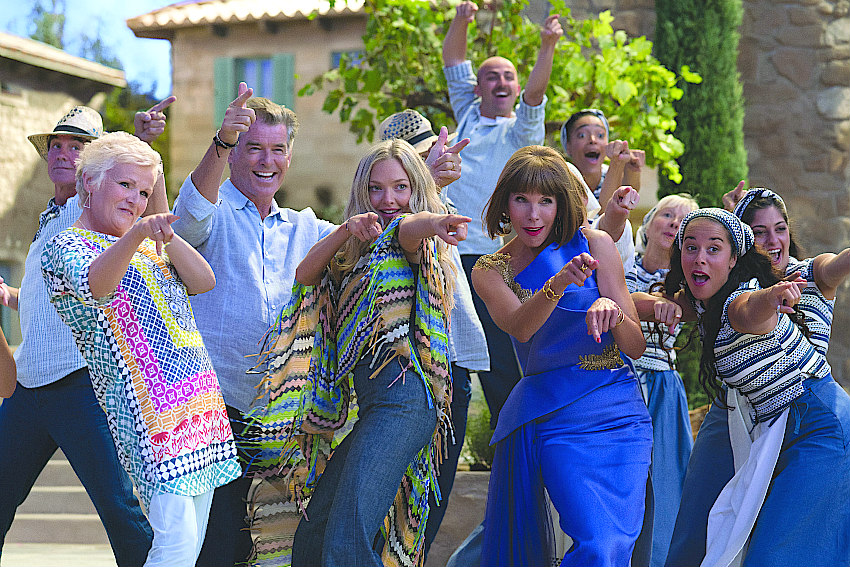 Most of the creative staff and the main cast are back, also with additions. Jeremy Irvine, Hugh Skinner and Josh Dylan are young versions of Pierce Brosnan, Colin Firth and Stellan Skargard.  Julie Walters and  Christine Baranski are here; so are their counterparts,  and  later on, Meryl Streep too. The big add is Cher as her mother. She vamps a bit and gets to sing a song that was sadly missing in the first film, “Fernando” This movie is not as fresh, naturally, and sometimes too obviously constructed. But for summer entertainment, it’s just as good. And stay through the end credits: there’s an extra scene tacked on. Most people will miss it. (5th Avenue, International Village, Marine Gateway and suburban theatres)  3 ½ out of 5

THE EQUALIZER 2: Denzel Washington is back as the injustice fighter for all occasions. He keeps a youth out of the clutches of gang bangers; tracks a daughter-abducting dad all the way to Turkey; encourages a Holocaust survivor on a legal quest and even takes on the task of scrubbing graffiti off a brick wall. They’re all sidebars to the main story here, but as he explains it, somebody has to step up and do these things. We can’t stand by and not help out. It’s that attitude and his Zen-like calm that was so refreshing about his character in the first movie four years ago, and possibly in the 1980s TV series that introduced him. 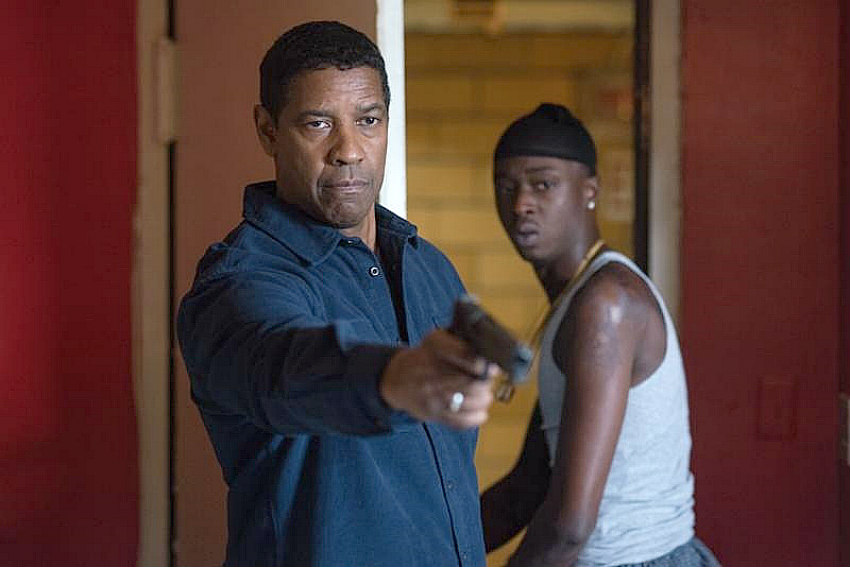