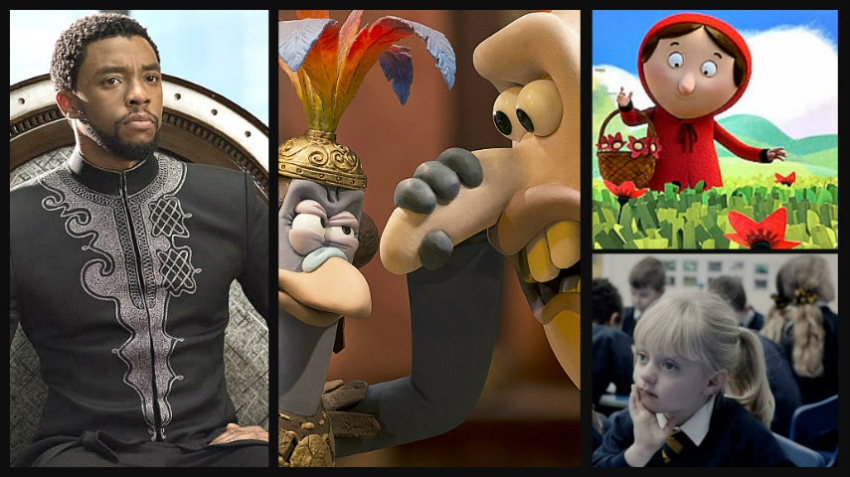 Also a weekend of socially conscious documentaries ranging from the arms trade, the harm that high tech gadgets do to Vancouver’s housing crisis

If you’ve got time left after all that Olympics watching, you’ve got wide choice at the movies this week. Not only do you have the biggest film of the season, you’ve got a short documentary festival available to you and every short film with an Academy Award nomination this year.

BLACK PANTHER: As a super hero film this one is good, not great. As a social issues document, it’s becoming a phenomenon. It speaks to identity, repression, racism, inequality, international co-operation as opposed to isolation and a rising strain of thought among American blacks: Afro-futurism. That leads them to celebrate both their African history and their potential progress in a high-tech modern world. It’s a big mission putting all that into a comic book movie but Ryan Coogler pulls it off. He previously directed a small film about cops versus blacks (Fruitvale Station) and a Rocky sequel (Creed). Story is his strength. 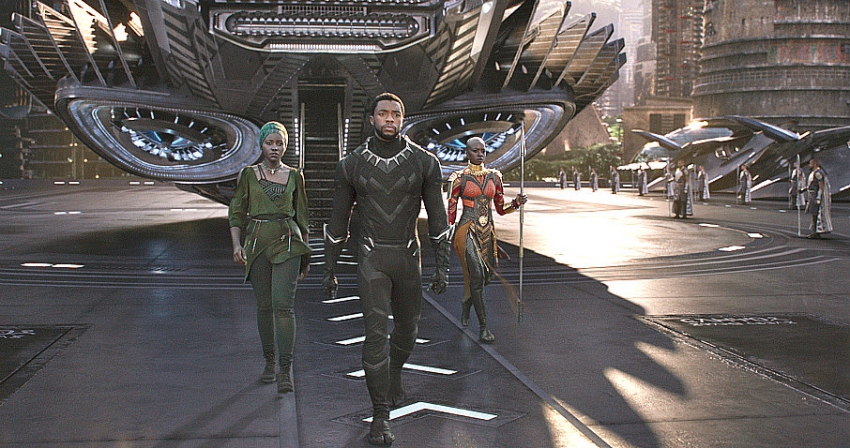 Chadwick Boseman,  who is making a habit of playing iconic characters (Jackie Robinson, James Brown, Supreme Court Justice Thurgood Marshall), is steady but hardly imposing as Black Panther. He’s called back from Oakland, California to the fictional African country of Wakanda, when his father, the king dies. He has to win the throne in a fight against a challenger on a cliff atop a waterfall. 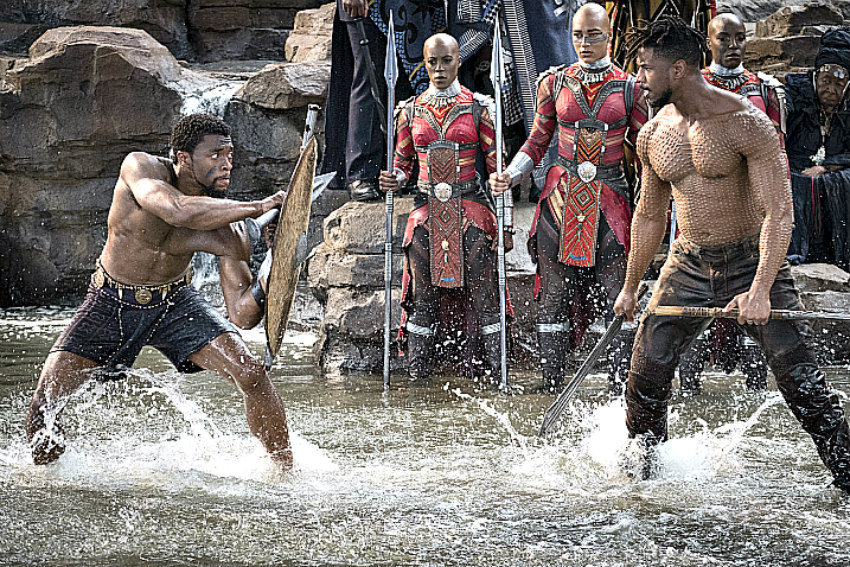 That’s the first of a series of juxtapositions of the old and new throughout this film. One moment his people are old-style tribal attacking with spears like the warriors in the film Zulu. Then we’re shown a secret below-ground futuristic city which the country has kept hidden from the world. Another character who wants the throne (Erik  Killmonger, played by Michael B. Jordan who starred in Coogler’s previous films) demands the scientific advances made down there be shared. Before that, a crooked arms dealer (Andy Serkis) got hold of a piece of the rare mineral that powers Wakanda and plots to sell it to a CIA agent. It’s like two stories in one movie that the king has to handle. That doesn’t leave time for his other job, super hero, but there are more films coming. Catch the signs in the end credits.

This one has a few good action sequences, including a spectacular car chase in Korea, but a story arc much like other Marvel movies. What does distinguish it, besides the political issues it raises and the energy is displays , is the cast: almost all of them black, and with key roles for women. They include Oscar winner Lupita Nyong'o, Danai Gurira of TV’s "The Walking Dead" as a warrior and Letitia Wright as a wisecracking gadget master.  (5th Avenue, Dunbar, Scotiabank, Marine Gateway and suburban theatres everywhere) 3 ½ out of 5

EARLY MAN: The latest from England’s Aardman studio is entertaining enough but not up there with their best. Yeah, Wallace & Gromit. No challenge to you. Not Chicken Run either. I think it’s too British for most of us. I think we’d enjoy it more if we got all the in-jokes. Most of them are about soccer, which is also the main story thread. 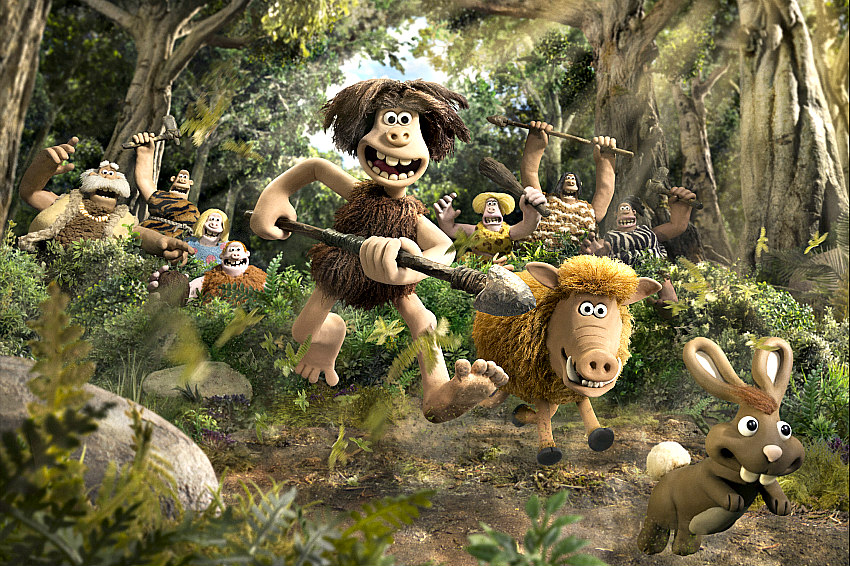 A village of cavemen in the Neo-Pleistocene Age (near Manchester) live a happy life of isolation. Then a more-advanced crowd (from the bronze age) intrudes like a group of bullies. They claim the land, threaten to make the villagers work in their mines but entertain a challenge: a soccer game. The winner gets the land. Ancient cave drawings indicate the village ancestors invented the game but it’s been forgotten. An impossible training effort is required. A woman from the bully side helps out because her people, all preening, entitled continental types, won’t let her play, just because she’s a woman. The familiar storyline of a big sport confrontation is played out in stop-motion animation, somewhat rougher looking than we’ve become accustomed to, but still amusing because of a rush of sight gags (many of which your kids won’t get) and the excellent voice actors. Eddie Redmayne stars, Tom Hiddleston is the nasty Lord Nooth, Maisie Williams, Miriam Margolyes and Timothy Spall are in it and Rob Brydon plays several roles. (International Village and suburban theatres) 2 ½  out of 5

OSCAR SHORTS: Need help with your Academy Award pool? Or just interested in economical story telling. You can see all of Oscar's short-film nominees at the VanCity theatre over the next couple of week. They’re in three categories: animated, live action and documentary. That last one is split into two programs.

ANIMATED: Pixar has one here and probably a head start. LOU is a sentimental cartoon about a schoolyard bully foiled by a lost and found box. DEAR BASKETBALL is Kobe Bryant’s ode to his success in that sport. GARDEN PARTY is a sharp and glistening portrait of lizards, worms and other creatures and NEGATIVE SPACE is about a father and son bonding over efficient suitcase packing. It has an amazing punch line.