Blasts from the past: Hoffa hires The Irishman, new-style Charlie’s Angels and car racing in Ford v Ferrari 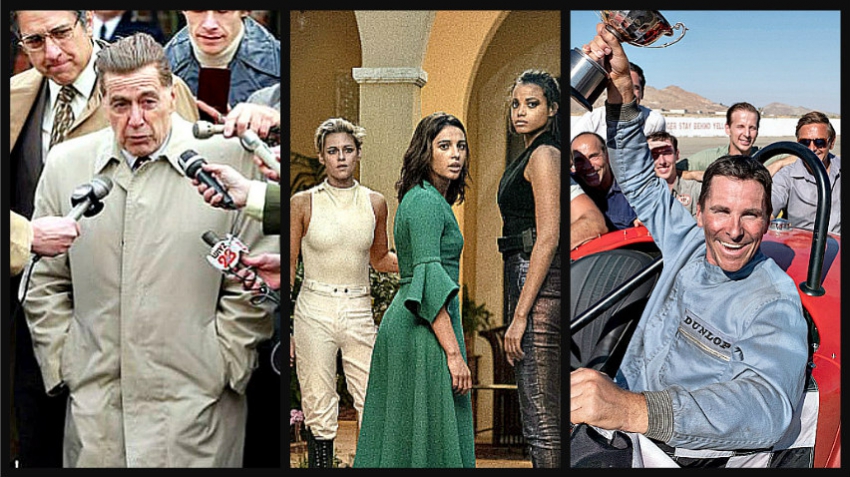 Also films from South Asia: one history and an entire festival

Co-incidentally just as Disney has started up its streaming TV service, Netflix, the pioneer, has put a real contender into movie theatres for a brief run. The Irishman, directed by Martin Scorsese is close to a masterpiece. They’ve got another one, Marriage Story, coming in a couple of weeks. Disney has a Lady and the Tramp remake, with real dogs, and a Star Wars spin-off. And already 10 million subscribers. The gathering entertainment war is even more fascinating than the content.

The Warrior Queen of Jhansi: 2 ½

THE IRISHMAN: For movie buffs this is an event. Martin Scorsese, Robert De Niro and Joe Pesci together again in a story about organized crime and, as a bonus, Al Pacino joining  in for the first time. Memories of Goodfellas and Casino are enough to unleash the anticipation and it’s satisfied brilliantly. At almost 3 ½ hours it is unnecessarily long but trust me, you’ll never be bored. There’s so much in here about real events and people, all of it propelled by a potent narrative drive and top notch acting and filmmaking.  You’ll enjoy just sinking into it. 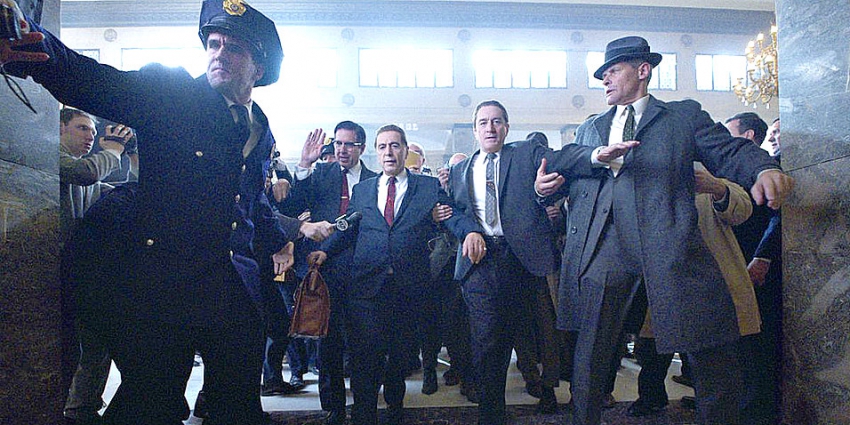 Robert DeNiro is at the centre as the Irishman, Frank Sheeran, who moved up from truck driver (and thief) to mob hitman (thanks to Pesci’s character) and then to bodyguard and fixer for Jimmy Hoffa, the Teamsters Union leader played by Pacino. There’s a lot of history there. The mob runs guns for the Bay of Pigs invasion, helps get Kennedy elected and then turns on him when his brother the attorney general comes after them. The film then purports to show what happened to Hoffa, whose disappearance and supposed murder has never been explained. This version is as the real Sheeran told it for a book (which has been disputed) and as DeNiro playing him, recalls it sitting in an old age home. We also get to see him as a much younger man.One of the plusses of this film is the computer de-aging given all these characters to show them as they were over several decades. 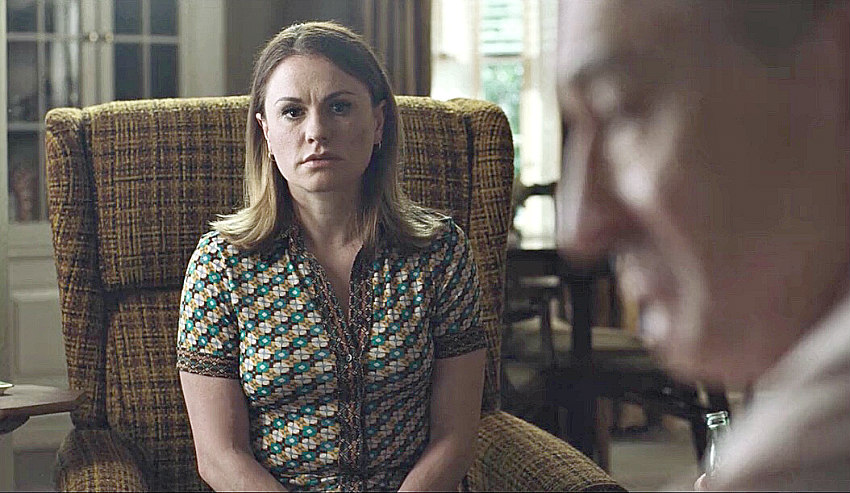 Most interesting is a sense of regret that forms near the end. After the usual bravado of the gangster life we get a good portrayal of how it corrodes the psyches of the men in it. Sheeran’s daughter brings it out, tentatively when she is young, but firmly when she’s grown up and portrayed by Anna Paquin. She does it with few words, just looks, but you feel the chill when she realizes her suspicions about him are correct and he says “She disappeared forever from my life that day.” The film deplores American greed and violence but there’s more visceral power in that personal loss. (Just one theatre, VanCity , which is showing it 20 times, and then in two weeks, Netflix) 4 ½ out of 5

CHARLIE’S ANGELS:  I’m all in favor of movies that show that women can do anything that men can do. This one even says it explicitly but doesn’t go on and prove it particularly well. Oh, the angels fight and shoot and kick all sorts of men (a couple of times right in the crotch) but all these scenes are staged so much to make a statement that they don’t feel real. They’re play acting at best. Top that off with action set pieces that are hard to follow because they’re not shot or edited well. A few are just laughable. A car chase through Hamburg for instance. Both sides are firing automatic weapons that are even bigger than we see in the U.S. Absurd. 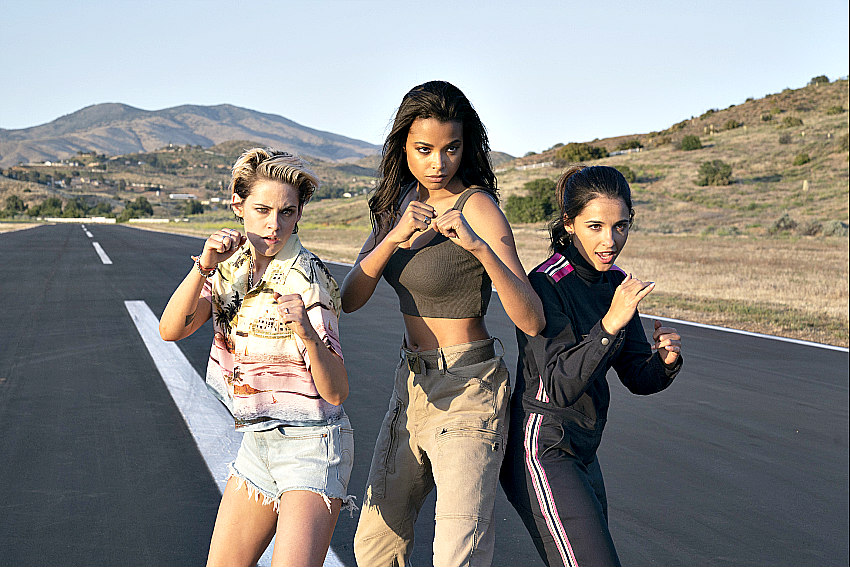 This is the third time the 1970s TV series has been rebooted into a movie. The first one was funny and fun. This one is not. Kristen Stewart, Naomi Scott and newcomer Ella Balinska are the angels who the never-seen Charlie sends out on missions. We watch (FYI not ogle) them in London, Los Angeles, Paris and mostly in Berlin and Istanbul where the film was shot. They’re trying to stop a technology sale, of an energy device that can revolutionize the electrical power industry but in the wrong hands could be weaponized to cause brain seizures and strokes. Yeah, another one of those stories. Elizabeth Banks  directed and scripted and plays their handler Bosley. There’s also a retired Bosley played by Patrick Stewart and a sub-plot about who of them can you trust. The two Stewarts are memorable. Little else is. (Scotiabank, Marine Gateway and suburban theatres) 2 out of 5