Chloe meets Greta, Ruben Brandt steals art and Jean-Luc Godard ponders the state of the world in his Image Book 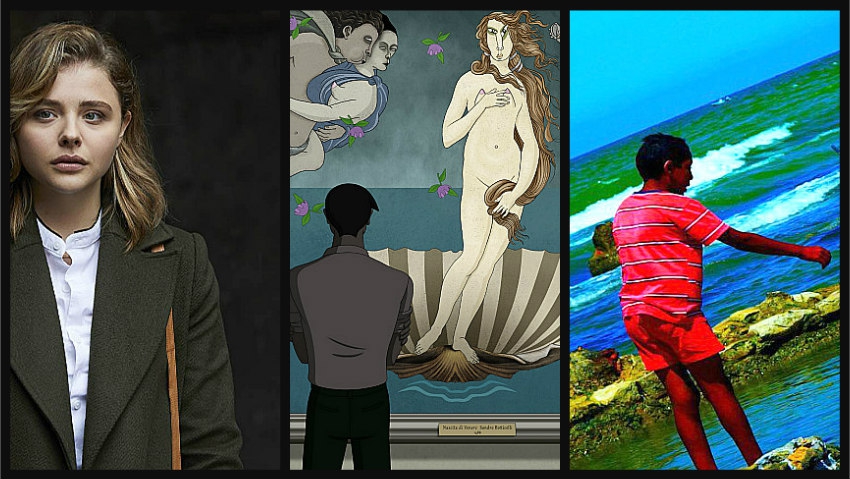 The new movies this week don’t have drama as high as TV gave us Wednesday from Washington and Ottawa. But there’s lot of choice: four films that I’ve reviewed; four that weren’t available to see early and an important festival you should consider.

Women in Film, which starts on Tuesday, shows works by and about women and offers talks and seminars about the industry. Check out this site for more www.womeninfilm.ca/

There are many short films and among the longer features I especially noticed Warrior Women, about indigenous activists, Swords and Sceptres: The Rani of Jhansi, about a rebel leader in India, Miracle, about capitalism’s shady return to Lithuania and A Perfect 14 about plus-sized models.

You can see three films for free including This Changes Everything about systemic sexism in Hollywood. A star-studded cast talks about it including Meryl Streep, Cate Blanchett, Sandra Oh and Chloë Grace Moretz, who also happens to be in the first movie I review today.

A Star is Born Encore Version: --

GRETA: Not ready for the serious issues Women in Film will bring? Here’s the flip side: a nutty almost-horror film about a woman’s obsession that starts as a tender case of women bonding. By the time you reach the screwy ending, you’ll have had a good time and a few thrills and learned that Isabelle Huppert can play a madwoman with convincing style. She’s done it before and it’s a real treat to see her go at it again. She modulates back and forth so easily from warm host to psychopath. Chloë Grace Moretz, by contrast, is stuck playing a victim most of the way. 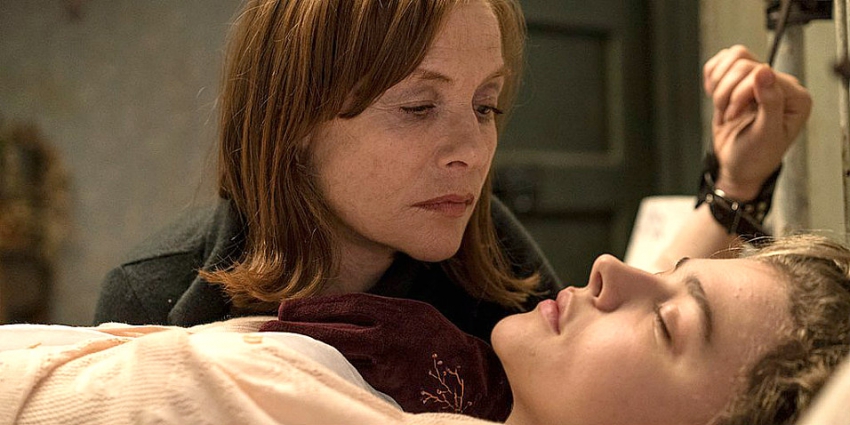 Chloë’s character is a naïve young woman, new to New York, sad that her mother has died and happy to be welcomed in by Greta, whose purse she found on the subway and has come to return. A sweet friendship develops between them, a mother-daughter stand-in, but a surprise discovery bursts the illusion and the film turns into a b-movie chiller. Greta stalks the young woman, on the street where she lives, even at the restaurant where she works. The police don’t help; a private detective (Stephen Rea) turns up some worrying facts and the girl’s father just worries. He’s played by Colm Feore because the film was partially made in Toronto (as well as Ireland).  Neil Jordan directed it with his best films like The Crying Game far behind him but still able to ratchet up the tension and let logic run free. (5th Avenue, Scotiabank and suburban theatres) 3 out of 5

RUBEN BRANDT, COLLECTOR: Why this film was not nominated for an Academy Award eludes me. In style alone and in ambition it should have been considered. Overall  theme? Okay that’s a problem; it doesn’t seem to have one but there is so much disconnected content there, so many sly references to art and mental health that you’re sure to be entertained.

The story is pure fantasy. A psychotherapist is tormented by nightmares in which figures from famous works of art try to kill him. His professional dictum is “Possess your problems to conquer them” and that motivates him to steal 13 paintings from top galleries like the Louvre, the Uffizi and MOMA. Four patients help out; they happen to be experienced thieves. Brandt becomes known as “The Collector” and a reward keeps rising as more heists are carried out. He manages to grab works from Botticelli to Van Gogh to Picasso to Warhol and the film gleefully throws out visual allusions to art trends, cultural movements and in elaborate action sequences: movies. It’s an inspired work (in English) by Milorad Krstić an animator in Hungary. It’s a high-minded entertainment and great fun. (VanCity Theatre) 4 out of 5

THE IMAGE BOOK: Here’s a very personal essay on, well, just about everything by one of the legends of world cinema, Jean-Luc Godard. He made his key films in the 1960s and a year or so ago at age 87 made this pastiche of still photos and film clips (old, new , his own, news footage, social media) intricately edited, grouped and narrated in his own voice to convey his thoughts about the world. Sometimes you’ll struggle to deduce what he’s going on about, but the craft alone that he demonstrates in assembling it makes it interesting to watch, and think about.