After she died, Bennett wrote about her in a newspaper diary, a book and a play (in which Maggie Smith also starred, both on stage and radio). She’s completely at ease with the character and holds her ground in a series of encounters with Bennett. As played by Alex Jennings, he’s too wimpy to push her away but slowly learns her story (she was a nun and a concert pianist) and abides her eccentricities. Can he write about her, though? The film gives us that internal dialogue as two Alan Bennett’s (both played by Alex Jennings) debate the ethics. Good thing the writer won out because he’s drawn a sympathetic character without sentimentality or pity but with humor and a genuine human connection. (International Village) 3 ½ out of 5

PRIDE AND PREJUDICE AND ZOMBIES: It seems that these people could do a perfectly good Jane Austen adaptation. They get the look and the tone right. They energetically set out the romantic and temperament tensions among Elizabeth Bennet, Mr. Darcy and the rest, all within a richly-imagined Regency-era England.  But then there’s the horror side. Though it is restrained and melds into a playful mash-up, it is basically ridiculous. 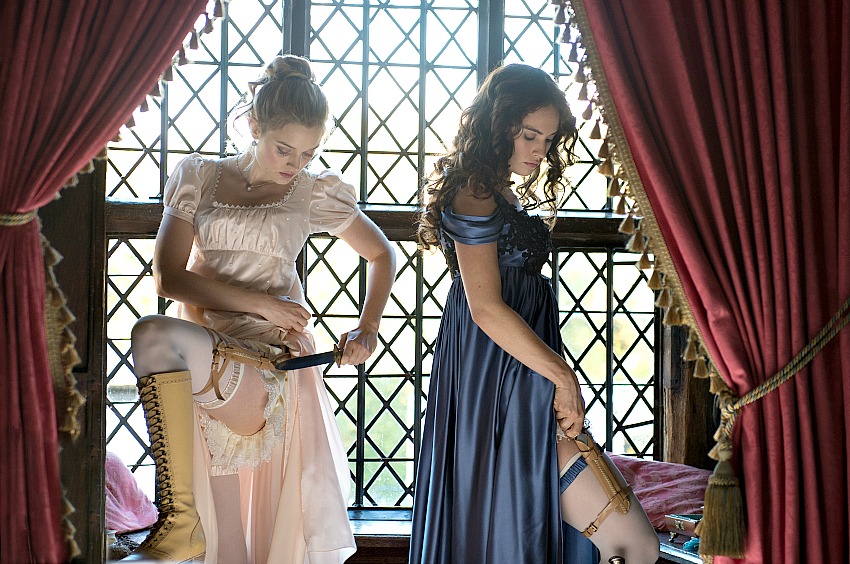 I can imagine a sketch in a comedy show, even just a TV promo in an SCTV episode. But here’s an entire movie, drawn from a cheeky novel that was a big hit seven years ago. The undead roam the countryside; the gentry go about doing their usual thing and every once in a while the two sides collide. The Bennett sisters fight with knives hidden in their stockings. They’re trained in Chinese martial arts and Elizabeth, played by Lily James, recently of Cinderella, Downton Abbey and the current War & Peace, is a proto-feminist with lines like “I shall never relinquish my sword for a ring.” Mr. Darcy is a soldier and a zombie hunter. Sam Riley looks a lot like Colin Firth, a favorite Darcy from years ago. Sally Phillips is Mrs. Bennet and Lena Headey is Lady Catherine de Bourgh. They all play it straight with never a smirk or giggle. But Matt Smith, the former Dr. Who, has the most fun. He exaggerates and improvises and creates a very funny Mr. Collins.  The film is short of laughs, frights and sense. (Scotiabank and suburban theatres) 2  out of 5

THE CHOICE: About two-thirds of the way through, I had this thought. Here finally is a movie based on a Nicholas Sparks novel that simply develops a love story without his usual cataclysmic events. You know the fireworks or the boat house burning or the angry ex-husband with a gun. It’s just a sweet love affair that grows despite some familiar impediments that get in the way. 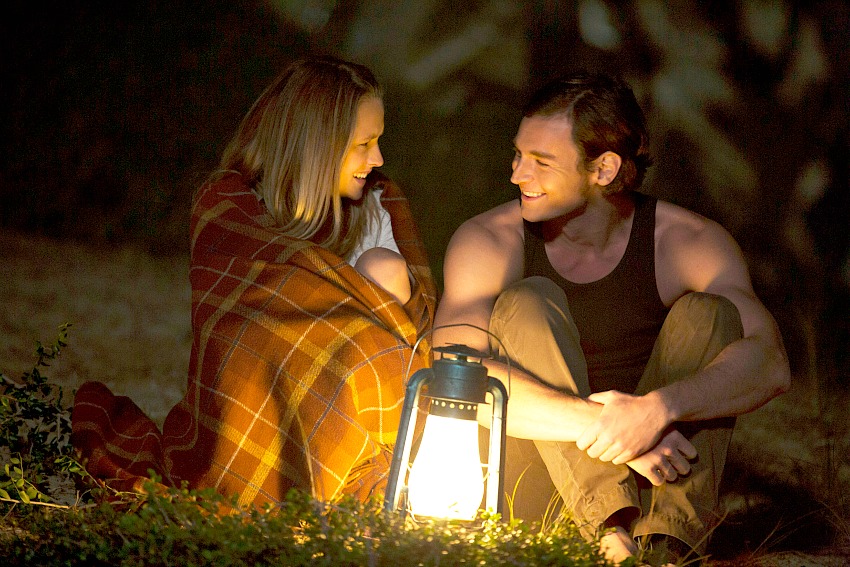 Teresa Palmer and Benjamin Walker play the couple. They live side by side in Wilmington, North Carolina (Sparks’s literary territory) and irritate each other.  He’s smug.  “Could you be anymore obnoxious?” she says to him. He listens to loud rock and roll.  She looks at the moon and stars and claims a higher purpose, to be “part of something bigger.” Of, course, in sappy love stories, couples like this are made for each other. It just takes a while for them to know it. They get together while her boyfriend is away. Love story done, right? Well, not quite. There’s still a car crash, a hurricane and a huge medical issue to come. And playing out what is identified early on as “the secret to life.” Sparks has written almost 20 books like this. Eleven have been made into films … so far. This is one of the weaker and most manipulative ones. (International Village and many suburban theatres) 2 out of 5