C̓ƏSNAʔƏM: THE CITY BEFORE THE CITY: Today (June 21) is National Indigenous Peoples Day and to mark it the Cinematheque is showing two films by Elle-Máijá Tailfeathers. She’s a local filmmaker who displays a strong activist bent in her work.

I saw c̓əsnaʔəm: THE CITY BEFORE THE CITY a year and a half ago when it played here and came to understand the emotions behind  the land issue for many Indigenous people. It shows what was here before the settlers came. It uses maps with place names, though much too briefly. Speakers talk of a shellfish area destroyed by a log storage and how the Iona jetty changed the water flow. And how Vancouver, basically a peninsula, used to be an island. That’s stuff we should know, but we get too little of it. The film spends most of its time at the five-month protest back in 2012 that stopped a condo development on Marine Drive, between the Alex Fraser Bridge and the Metro Theatre.

The Musqueam fought to save an ancient burial site, the c̓əsnaʔəm of the title. They speak eloquently about honouring their ancestors and how intimately they feel their connection to the land. Elle-Máijá Tailfeathers took the words of Wendy Grant-John and various Guerins, Points and Sparrows from the Musqueam people, originally taped for a museum installation, and created this film.  It’s strong but, except for the news footage from the protest, rather static but with recurring hints about other sites some of the Musqueam want returned to them.  2 ½ out of 5

Before that, there’s  a short called Bihttoš (Rebel). It’s a more passionate and very personal film by Tailfeathers who has both a Blackfoot and Sami (from Norway) heritage. She asks why her dad tried to kill himself and why her parents’ marriage broke up. Through film, narration and re-enactments, and even some animation we get the answer. She says coming to that understanding is a large part of what has made her a rebel.

ANNA: It might work in a novel where you can stop now and then and think over what you’ve been reading. But here in a non-stop film you might have a problem keeping up. There’s too much plot and it is elusive with twist upon twist and a confusing timeline. The story moves ahead, flashes back, jumps ahead and partially flashes back and does that so often it becomes annoying rather than elucidating. What we do know is that a young Russian woman is discovered by a talent scout in Moscow, taken to Paris to become a model and recruited by the KGB as an assassin and then by the CIA to fight the KGB. She goes along with it all because, well, she’s a bit naïve, she wants freedom anyway she can get it and Luc Besson the French filmmaker loves twisty tales of women killers. (Compare La Femme Nikita, The Professional and Lucy). 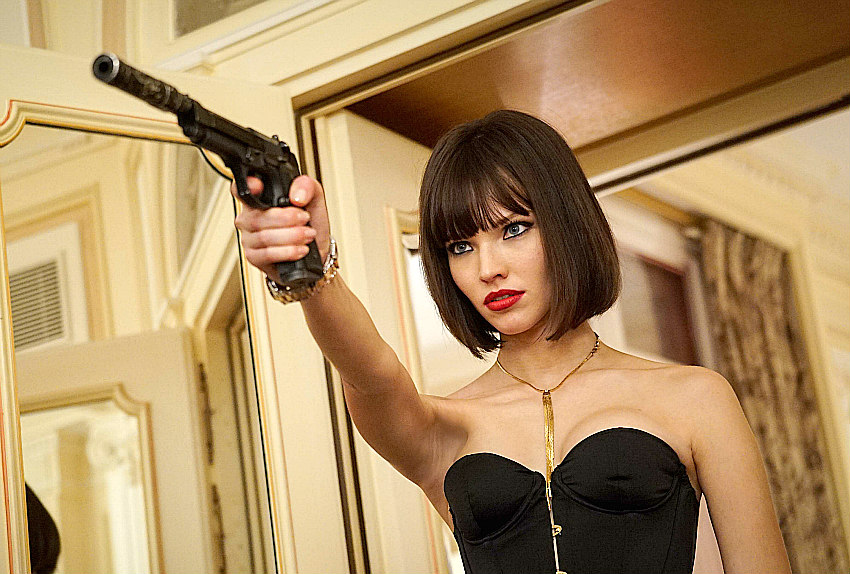 A real ex-model from Russia, Sasha Luss, plays her with no particular distinction. She’s efficient on her killing assignments though, one of them in a stylish restaurant with a fork. She’s got a girlfriend but attracts the men anyway. Cilian Murphy is excellent as a scheming CIA agent and Helen Mirren (this is her ….) 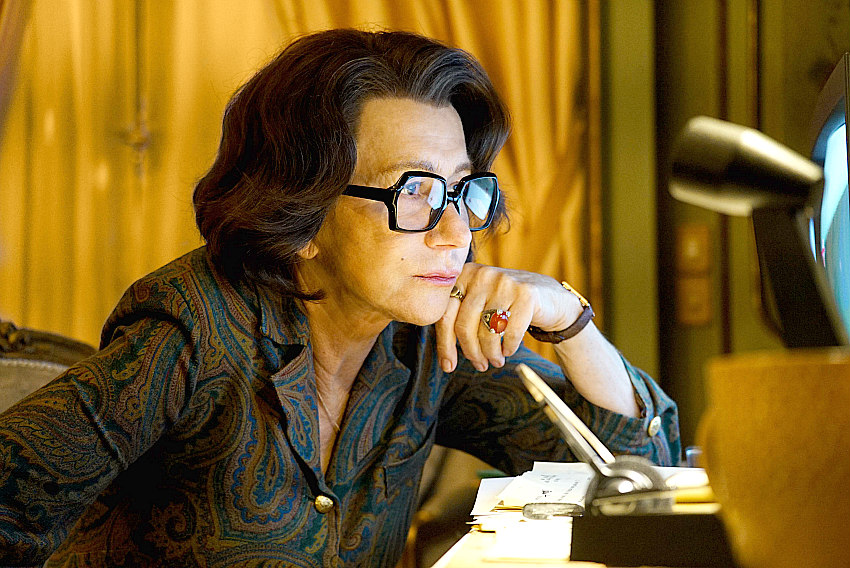 is bizarre and almost unrecognizable as a KGB official who wields power and spouts advice. “Never put your faith in men, put your faith in yourself" she tells Anna. Besson, who also wrote the script was trying for a female empowerment angle but the audience is more into the power politics, the hits and the final twist. They’re interesting but not gripping. The writing isn’t strong enough. (International Village and a few suburban theatres) 2 ½  out of 5

THE EXTRAORDINARY JOURNEY OF THE FAKIR: Here’s a real hybrid for you. It’s an India, France and Belgium co-production, set in Mumbai, Rome and Paris, starring a Tamil actor (Dhanush) and directed by a Canadian (Ken Scott). Also in it are Bérénice Béjo, who you might remember from The Artist and Barkhad Abdi who was the Somali pirate in Captain Phillips. And it’s all in English. Diverse it is and fairly entertaining with a picaresque tale of a man on a quest. 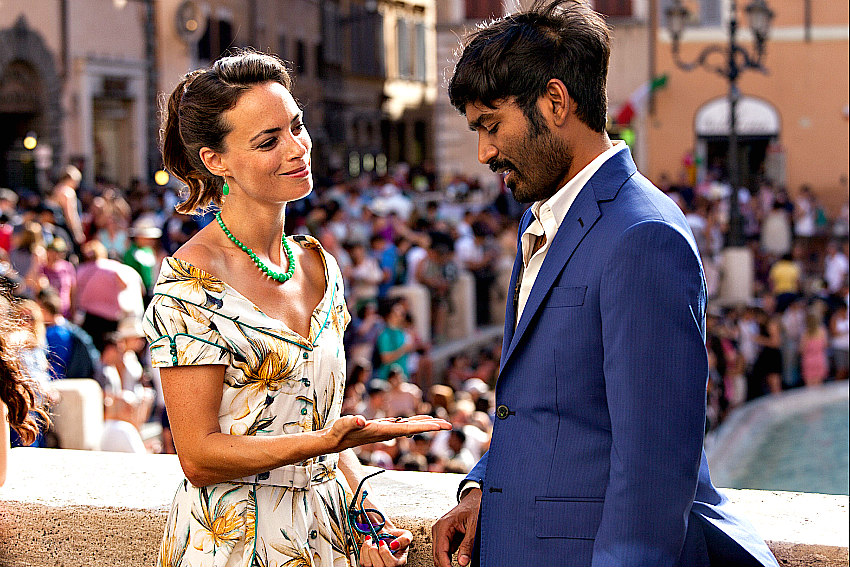 The fakir tells his story to a group of schoolchildren. He grew up fatherless, became a street hustler but was inspired by an IKEA catalogue. “I no longer wanted to be poor,” he says. His mother never got to Paris so he goes for her. He does a Bollywood dance with Bejo there. He meets a young American woman but circumstances stop him meeting her again. That’s because he sleeps in an IKEA store overnight and is shipped out next day in a crate to London in a truck full of Somali refugees. The Brits won’t let them in and send them off to Barcelona. He also gets to Rome and Tripoli. It’s a light and breezy tour of life around Europe for modern migrants. But it is more comic than real about the difficulties and about the concept of destiny which it cites repeatedly. In India people take that very seriously, not this casually. (Riverport and Mission) 3 out of 5