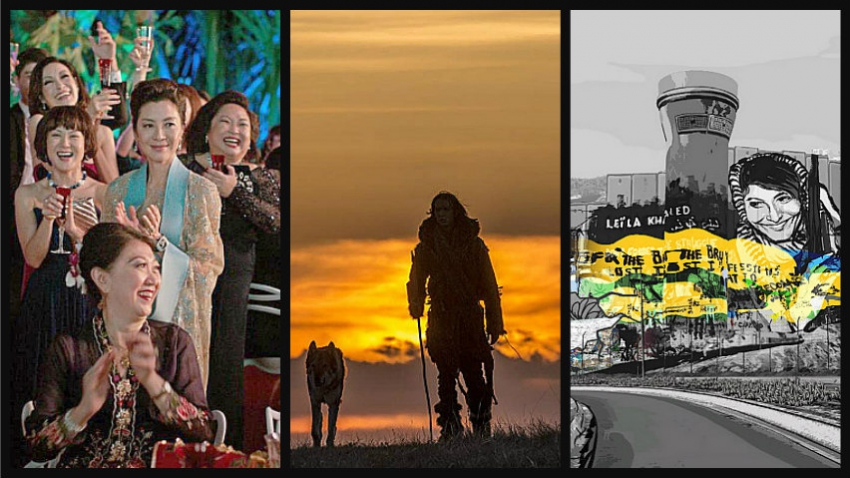 Also: sky watching and wondering in Cielo; sympathy for Nico and violence and Mark Wahlberg at Mile 22

It’s getting to be time already to think about the Film Festival. It’s still a month and a half away but cardholders get a preview today (Friday) with a free screening of one of its films. My Generation is about swinging Britain in the 1960s. Michael Caine narrates and iconic stars appear.

Also today, card holders can get first crack at buying this year’s passes, and at a 25% discount. Regular sales start next Thursday (online) and in a month (in person). The program will be online Sept 6. Coming close.

CRAZY RICH ASIANS: Much has been written about the socio-cultural importance of this movie. You know the first major Hollywood film in 25 years with an all-Asian cast. That’s significant, I’m sure, though not surprising. China is now such a key market for the American film industry that making this one doesn’t seem like that much of a gamble; more probably a natural evolution playing to where the money is. Add in that it’s from a very popular book—the first of a trilogy—and you can appreciate why some screenings have already been selling out since it opened on Wednesday. There’s even a clip in the end credits that seems to be pointing to a sequel. But enough of this background. How is it as a movie? 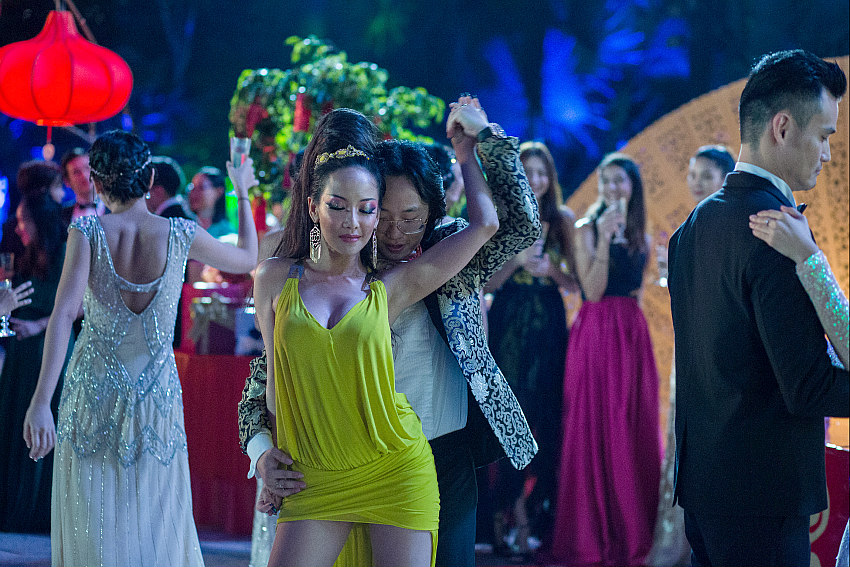 Very good, I say. This is a colorful, glitzy romantic comedy like Hollywood used to make decades ago. It’s got stock character types and standard story lines but they feel new and there’s a bounce in how they come at us. The actors and the settings—in an ultra-opulent society of Chinese in Singapore—are beautiful. The central predicament is about the demands of family and at times that reminded me of some Bollywood movies.

A developer’s son, who has run away to New York, returns with his girlfriend for a friend’s wedding. It’s a sort of culture shock for her. He had neglected to tell her that his people are super-rich and that he’s under pressure to take on running the business eventually. His mother digs up some dirt about the girlfriend’s family and sneers “You are not our own kind of people. You are a foreigner.” So how can that romance survive? Call in some familiar rom-com solutions, pop a large cast of side characters into and out of the story and you’ve got a bright, cheery confection of a movie. The couple are played by Constance Wu, known for playing an immigrant on TV, and Henry Golding, new to movies after hosting a travel show in England. Best known in the cast, unless you count the rapper Awkwafina (very funny), are Michelle Yeoh  (Crouching Tiger, Hidden Dragon) suitably icy as the mom and Ken Jeong (the Hangover films) jarringly crass as an uncle. The film revels in a dream world of luxury goods (1.2 million dollar earrings?) and extravagant parties (“all-paid shopping spree”) without questioning any of it. Too true, of this class. (5th Avenue, Scotiabank, Marine Gateway and many suburban theatres) 4 out of 5

ALPHA: Here’s one for young boys (and girls) who can forget about super heroes for a while and connect to what life must have been like back in pre-historic times. 20,000 years ago, in Europe, the words on the screen say. A small tribe of hunters is stalking a herd of bison. They drive them off a cliff (a spectacular sight in 3-D) and have meat to roast over their bonfire at night. The film does a very good job of imagining this primitive existence, including the fear that was always there about creatures out beyond the light of the fire. It was filmed mostly here in Vancouver and in area parks like Golden Ears with side trips to Alberta and Iceland. It’s a beautiful-looking movie with an intimate but predictable story at the centre.