The Dark Knight Rises and almost wows, Trishna fumbles a classic and Beasts of the Southern Wild may just be one 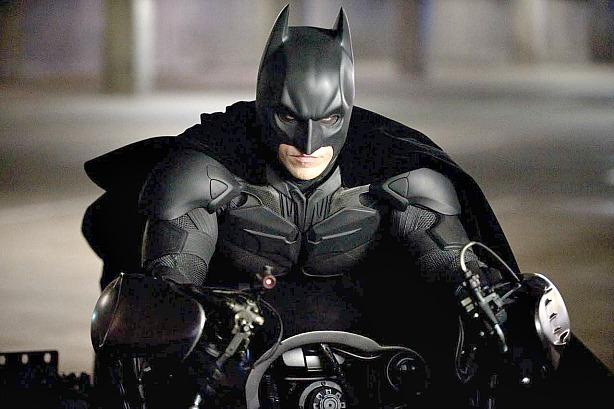 Christian Bale as The Dark Knight broods, sulks and finally swoops onto screens all over

The big movie of the summer has landed and most other new ones have stayed out of the way. There are some good small ones though and a chance to catch up to a highly-celebrated one.   Here’s the list.

Beasts of the Southern Wild:  4

THE DARK KNIGHT RISES: Gosh, there’s been a lot of praise gushed on this film this week. Some of it is deserved. But not this much. Yes, it’s spectacularly well-made and directed, starting off with a terrific airplane highjacking, in mid-air, hooked with cables dangling from another plane above.  Exciting stuff.  Later we see the trading floor at the New York Stock exchange attacked in a shoot out, a football field disintegrate,  bridges collapse and speeding chases through the streets of Gotham City.  Also one-on-one scraps aplenty and everything set in a beautifully-designed world that’s neither real nor fantastic, but a melding of both. 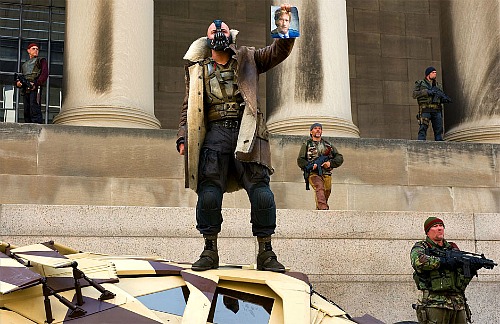 The problems are in the story. You better know what happened in the two previous films in this trilogy, especially what Liam Neeson was up to in the first and the facts around Harvey Dent’s death in the second, or you might find some of the plot turns hard to follow. There’s enough already that’s confusing. Bane, the villain, for instance. He wants to detonate a nuclear bomb to, as far as I can tell, punish rich financiers. By killing everybody in the city? He also wants to protest a harsh anti-crime law that throws out due process altogether. By killing everybody? Contemporary issues mishandled, I say.

Non-super-powered but very rich Bruce Wayne is called on to end an eight-year brooding spell and become Batman again. Christian Bale is steady and bland in the role. His regulars (Gary Oldman as Commissioner Gordon,  Michael Caine as Alfred the butler and Morgan Freeman as the gadget guy, Lucius Fox) are back and now joined by newcomers. 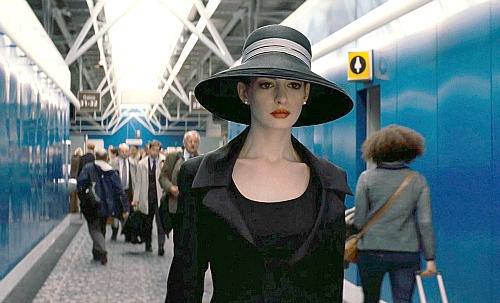 Anne Hathaway is Catwoman (not named that way but bringing some rare and welcome levity),  Joseph Gordon-Levitt  is a young cop and Marion Cotillard is a thinly-sketched mystery woman. Christopher Nolan not only directed but also co-wrote the film with his brother Jonathan. They propel  much of the tale with straight exposition. If you miss some of it, and with Bane’s mumbling  that’ll be a lot, well, you’re adrift. You’ll also wish there was more fun in here. This film is weighed down by self-importance and, with a running time of close to three hours, it’s a bit of a slog to get through. Worth seeing, though, for the craft and spectacle. (The Park, Dunbar, Scotiabank and everywhere)  3 ½ out of 5

BEASTS OF THE SOUTHERN WILD: This one, it turns out now that I’ve seen it, is everything the buzz has promised. It’s enchanting, magical, dream-like and realistic at the same time, and stocked with multiple themes. At heart, it’s about a young girl trying to figure out her place in the world. 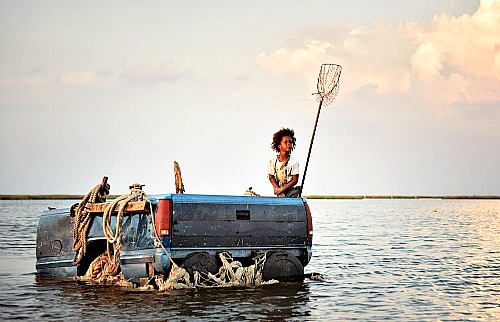