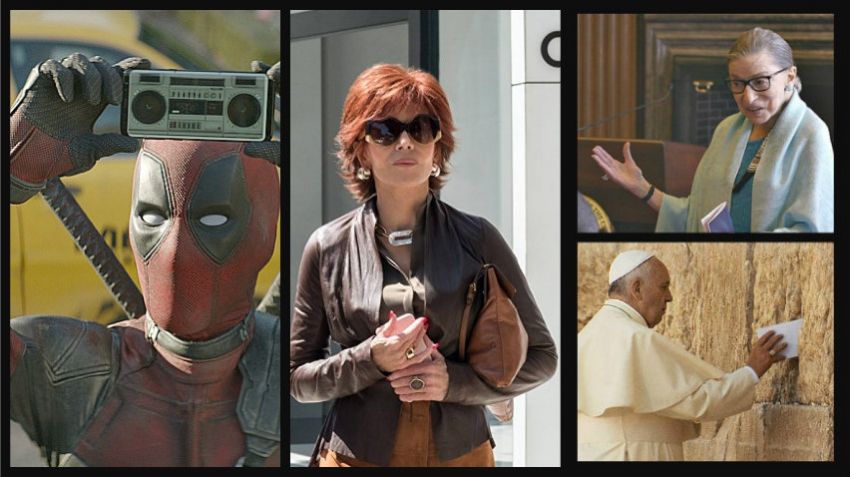 Deadpool is the big one, while the Avengers are still taking up lots of theatre space and Solo comes next week. Meanwhile there’s lots that’s new this week, and lots of variety. Read about them here.

DEADPOOL 2: The good news is that it’s just as joke- and wise-crack filled as the mammoth hit of two years ago, but it doesn’t feel as puerile. Maybe that’s because we’re used to it, we know what to expect and it doesn’t surprise as much. Maybe it’s because there’s a little more substance this time, yearning for a sense of belonging for instance, and more from an actual love story. Don’t worry though, that’s all secondary. Jokes you come for, jokes you get. About anything: the people who made the film, other movies, Canada, Disney, Fox News, Jared Kushner,  the rival comic-book line DC, even Marvel characters. When Josh Brolin shows up as a villain, of course there’s a joke about Thanos, the other villain he’s playing in theatres right now. Ryan Reynolds, spouting a barrage of one-liners, rapid fire and foul-mouthed, has another hit on his hands.

In this one, Deadpool turns altruistic. He works to protect a young man from a bad guy (Brolin) who has come from the future to kill him. (Yes, there are Terminator jokes.) His friends, some X-Men castoffs, aren’t enough, so he forms a hero group of his own and calls it X Force. The auditions are hilarious. One guy says he has no superpowers. He’s in. The top-find is Domino, played by Zazie Beetz  from the TV series Atlanta. She’s got terrific presence and just one power: unfailing good luck. There’s at least one surprise cameo, just a glance actually, and several  good fight scenes, one in the middle that really simulates a comic-book feel. I didn’t see a big motorcycle stunt. Remember a rider died during filming here last summer. Don’t take the kids-- it’s restricted to 18-A-- but do stay through the credits. There are four extra scenes and they’re funny. (5th Avenue, Scotiabank, Marine Gateway and suburban theatres everywhere) 3 ½ out of 5

BOOK CLUB: “It’s worth living a little while we still can.” The message is good and worth repeating and the main point in many of these comedies about people of a certain age that we’ve been getting for a few years now. The Marigold Hotel probably started up the genre. This entry is no better or worse, but so paper thin that it feels inconsequential. It has two distinguishing points though: very racy dialogue among the four women who are moved to charge up their sex lives after reading 50 Shades of Grey and the four iconic actors who play them, three Oscar winners and a nominee. They sell the words and the message. 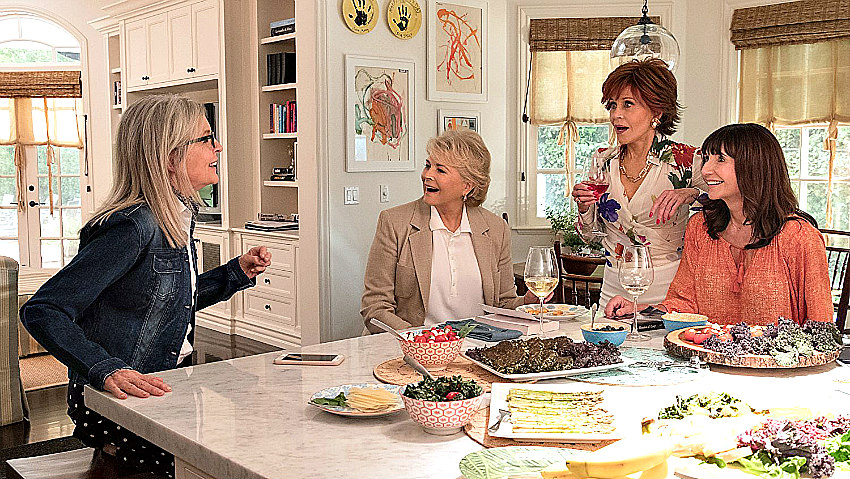 Can you believe Jane Fonda is 80 years old? She plays a hotel owner who rekindles an affair with an old flame (Don Johnson). Candice Bergen plays a respectable judge who goes on an internet dating site to find a lover. Diane Keaton meets one on a plane (Andy Garcia) and Mary Steenburgen, boringly married, tries to reignite a spark in her husband (Craig T. Nelson). She overdoes the Viagra , by the way, in the film’s worst example of the easy, obvious and broad humor it tends to sink to. However, it does something pretty well: show the women as distinct characters, with individual histories and varied approaches to life. Don’t ask for more and you might be entertained. (5th Avenue, International Village, Marine Gateway and suburban theatres) 2 ½ out of 5

RBG: Not often does a U.S. Supreme Court justice become a pop culture icon. Ruth Bader Ginsburg is one. Big names like Gloria Steinem and Nina Totenberg testify to that in this lively documentary which also includes Kate McKinnon’s affectionate portrayal of her on Saturday Night Live. Ginsburg gets to see a video and laughs at the antics. She has fans; they know her as the Notorious RBG, a reference to the rapper B.I.G. and based on her landmark legal decisions, and more recently, her dissents. The film keys on her push for equal rights and benefits for women but could have mentioned many other passions, gun control for instance. 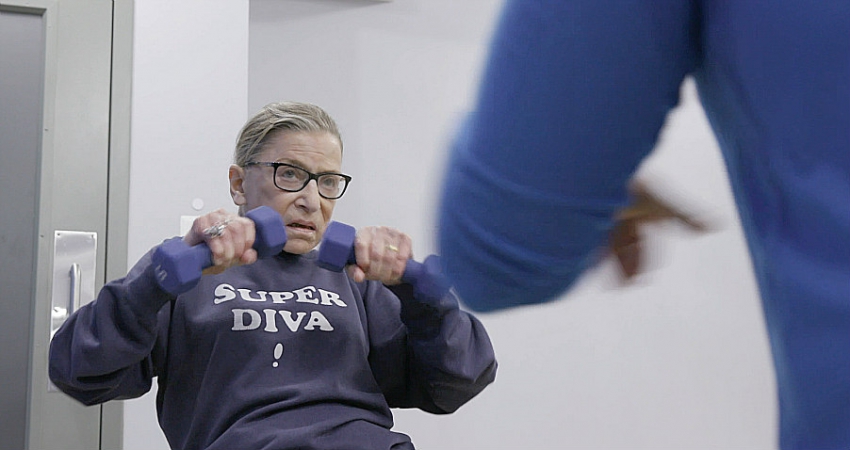 What it does do that’s valuable is to tell us about her as a person. “I tend to be very sober,” she says. No small talk, a quiet magnetism, extremely articulate and intelligent, says most everybody else. Except for the ones who call her “a monster,” “a disgrace” or ‘Anti-American.” She dissented in the decision that gave George W. Bush the 2000 election and at her own confirmation hearing made no attempt to hide her support for abortion rights. She says she learned early on to use well-reasoned logic, not anger and emotion. That’s gotten her pretty far. (5th Avenue) 4 out of 5

POPE FRANCIS: A MAN OF HIS WORD: The title is appropriate because the pontiff has a lot of words to say. He talks directly into the camera, straight to us in effect. It feels like a sermon, although he cautions at one point against “proselytizing.” He talks of poverty, inequality, refugees, the dignity of work, the crime of environmental destruction, abusive priests, gay rights, and much more. 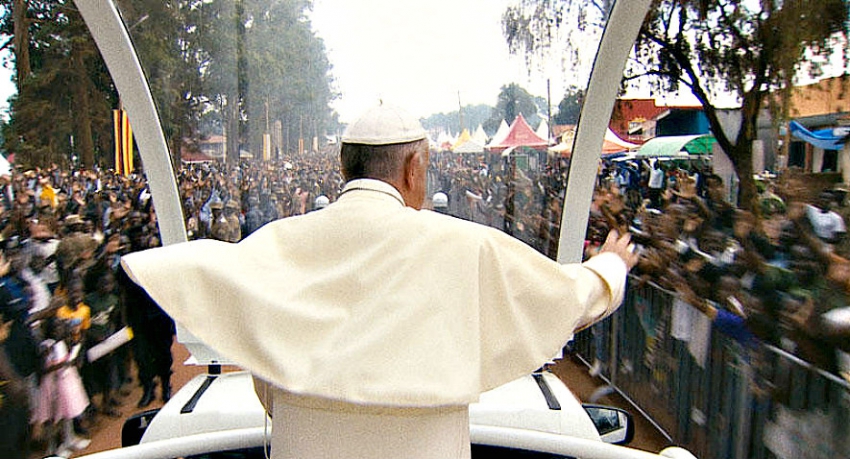