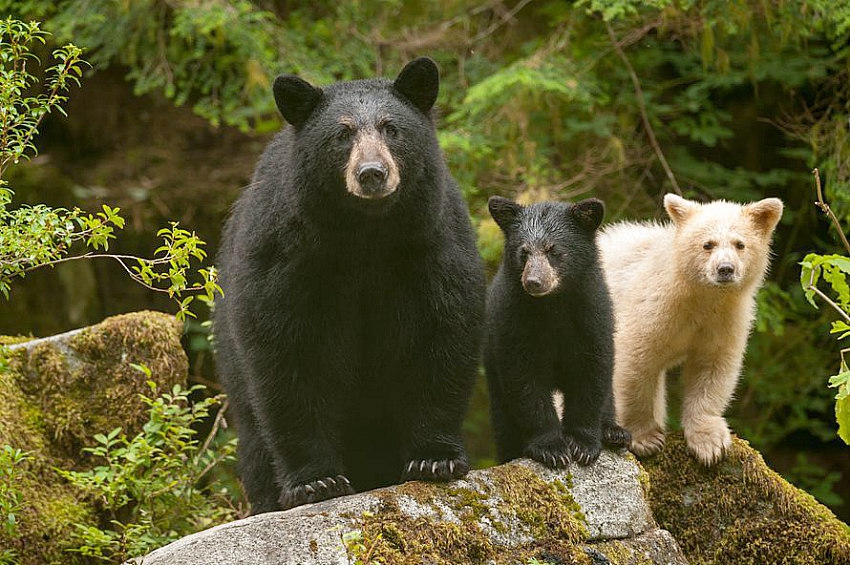 GREAT BEAR RAINFOREST: Ryan Reynolds is the voice, the big name, the draw but the real star of this beautiful documentary is a white bear named Mox. She’s what the Indigenous people in this part of British Columbia call a “Spirit Bear” because of her color and because of how rare she is. Fewer than 200 like her are known to exist and the giant IMAX pictures take us extremely close to her.

We see her wake up very slowly out of hibernation, swat fish out of the river to eat and be obliged to move along when a favorite salmon stream is washed out by heavy weather. 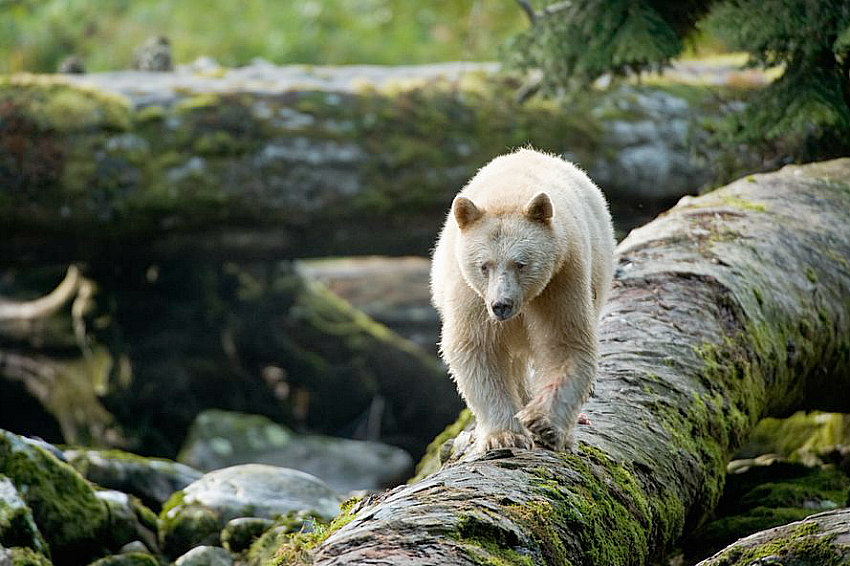 Later there’s real drama. She’s re-united with a daughter she hasn’t seen in eight years. How we know it’s been that long isn’t clear but Reynolds tells it with some authority and the scene is effective.

Also there are people watching her. Protectors, they’re called, and they’re sent by the Indigenous people nearby to study and watch over the wildlife here. We see a man from the Raven Clan and his son only 10 or 15 feet away from her. She’s calm with them.

There are many startling images like that. A female bear fighting off a male for a good fishing spot, while  her cubs watch over on the side. Bears pulling fish out of the water and tearing them open. 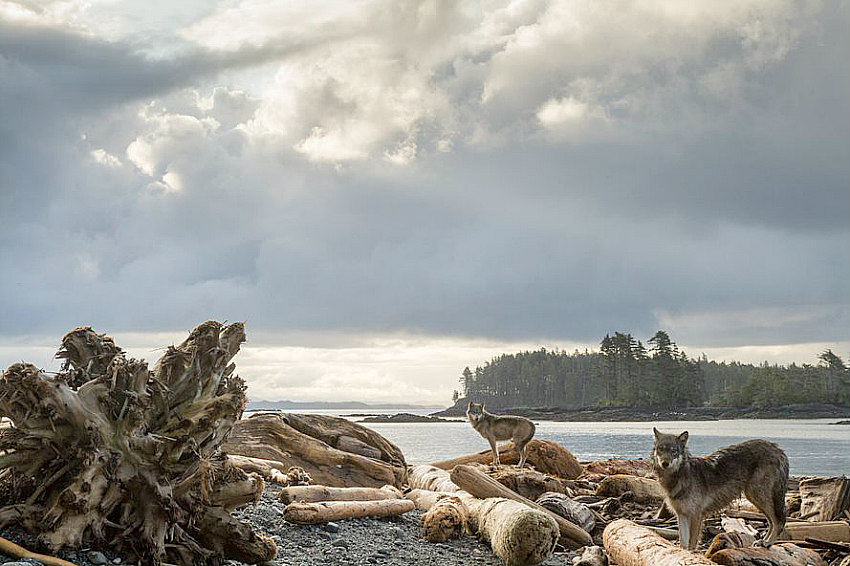 What’s most remarkable is how clear and close the camera takes us. We’re right there as bears take a good back rub against a tree. Then we’re back to watch a group of indigenous students collect hair samples from that tree for DNA testing.

This is not only a wilderness area. It’s also sort of a giant lab to study these animals. The script, bland in places, even adding a mother-in-law joke at one point, is firm and definite about the treasure this area really is. It’s the largest intact temperate rainforest on earth and it took more than 20 years of campaigning by groups like Pacific Wild and the Sierra Club to convince the BC Government to protect it. Controls on logging and other development were finalized just three years ago.

The director of this film, Ian McAllister is a veteran of that battle. He’s written several books about the Great Bear Rainforest, contributed photos to others and did additional cinematography for a previous film, The Stand. All the photos in this story are by him. 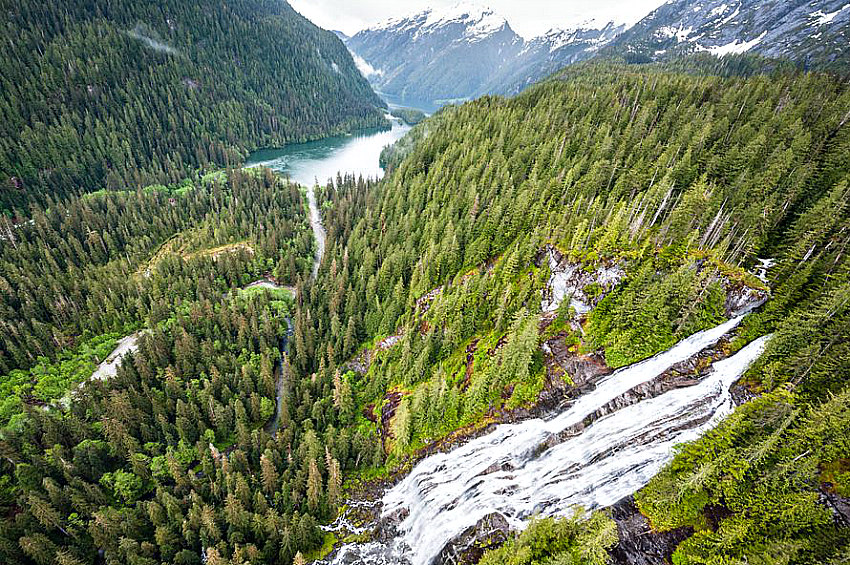 The film has many gorgeous images that are particularly spectacular on the giant IMAX screen. Early on, the camera flies over a valley and then over a cliff. It’s been done before, but works again.

What I miss though is extra information. There’s no mention of that long fight to gain protections for the area. Even the name irritated the BC government for years. They insisted it was called the Central Coast not Great Bear whatever.

And yet the film ends with a caution that the Great Bear Rainforest “is not secure.” How? What further protections are needed? And from what? Nothing specified. All we get is a statement that what’s needed is everybody pulling together to help.

The film is a compact  41-minutes of beautiful images. It’s playing in big IMAX theatres across Canada including Vancouver’s Science World, the Ontario Science Centre in Toronto, IMAX Victoria, Science North in Sudbury and Telus World of Science in Edmonton.