Films about a son’s addiction, the continuing assault on sharks and a Halloween killer's return

In return for her companionship the older man, a professor (Timm Sharp), gives her a moped, some jewelry and a letter supporting her bid to win a journalism prize. But she is never, she is told sternly, to come around unannounced. How is that new? It doesn’t sound like it. She slowly awakens to the darker side of what she thought was a relationship of equals.

Business and romance go way back, she had rationalized. Now she sees the power component and she’s unnerved by another man who assumes she’s available. That awakening is well-charted in this film co-written and directed by Vancouver-native, now Toronto-resident Carly Stone. There are lessons there but the story is too specific to qualify as universal. (Park Theatre) 3 out of 5

THUNDER ROAD: A 12-minute short film from two years ago is now a full-length feature and I don’t detect anything extraneous here.  Jim Cummings, the writer, director and main actor, hasn’t strained to  filled it out; he’s added and expanded on it. The first part duplicates the short. He plays a small-town cop in Texas who has to speak at his mother’s funeral but everything goes wrong. He wants to play a song but the cassette machine fails.

He makes a fool of himself by dancing to a tune he can’t hear. “I’m sorry,” he whimpers. 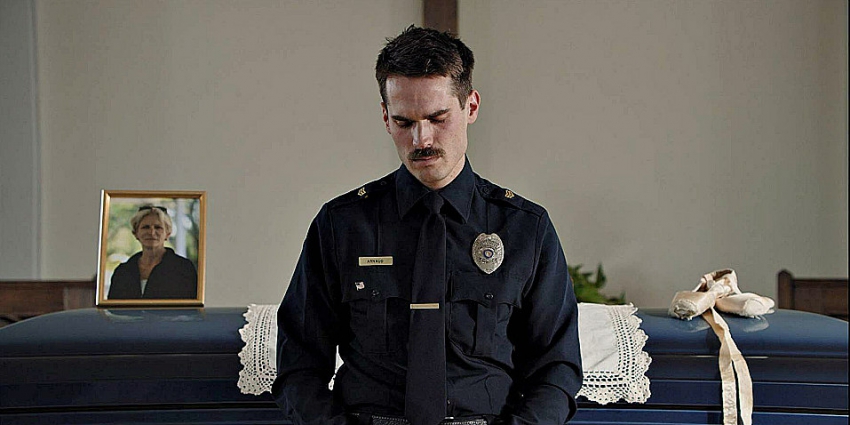 The rest of the movie lays on more problems. His wife is filing for divorce, wants half his salary and pension and full-custody of his daughter. He irritates the judge in court. Gets fired from his job. He lies to his sister about the state he’s in but later says “I don’t know what I’m doin’ anymore now.” It’s an intensely involving character arc we get in this film. “You gotta want more for yourself,” he tells his daughter but wavers between completely hapless and pretending everything is OK. It’s a small film with deep resonance. (VanCity Theatre)  3 ½  out of 5

THE BIG BAD FOX AND OTHER TALES: Here’s a very entertaining animated film from France. It plays like the tales we’ve read to our kids but has far more laughs and some sly twists. Three tales are tied together by a simple device: they’re performed by a theatrical group. Benjamin Renner, the co-director (with Patrick Imkert), originated the stories in a graphic novel and had an Academy Award nomination for a previous film. 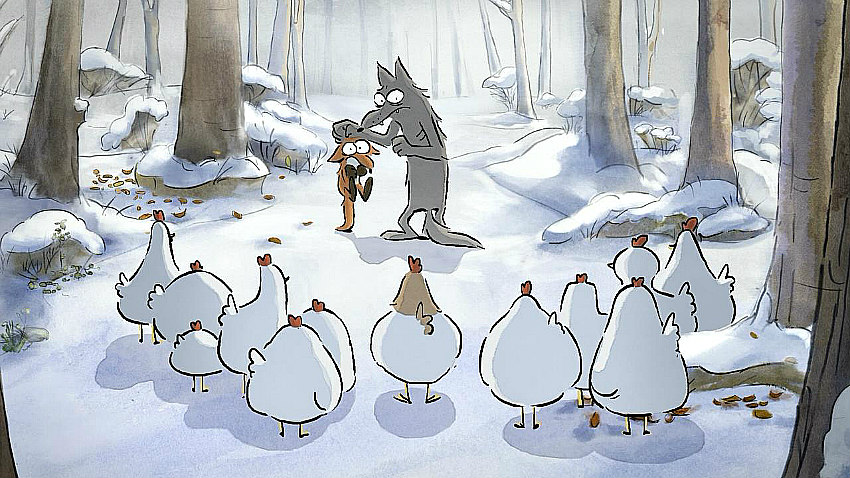 In story one: a stork needs help delivering a baby. He gets it from a duck, rabbit and pig in the farmyard that’s home base for all three tales. It’s a wild trip that includes a run-away truck and falling out of a plane.

In story two, a less-than-scary fox and a too-scary wolf team up to raid that same farm yard. They grab some eggs and when those hatch the chicks think the fox is mom. You can see the complications, especially since the lead hen back at the farm is a militant who organizes a chicken militia corps. The third tale has the rabbit, duck and pig teaming up again to save Christmas with, or from, a faulty Santa decoration. All three stories are funny, charming, whimsical and very inventive. (They’re at the VanCity Theatre. Note that the Sunday afternoon screening is dubbed into English. The others are in subtitled French).  4 out of 5

THE OATH: The traditional Thanksgiving movie with plenty of family discord erupting around the table gets a Trump-era update. Pass the politics, please.

Comedian and actor Ike Barinholtz did, after his family dinner last year broke into conservative vs liberal arguments. He wrote, directed and stars in this riff on the idea in which he plays a liberal with a righteous streak, a toned-down Tiffany Haddish plays his sensible wife, and their guests (mom, dad, brother and sister and their partners) are conservatives of various flavours.

The trigger that gets them arguing is a directive from the President to have people sign a loyalty oath by Friday. Ike won’t. Some of the others have. Some we don’t know about. As the talk gets hotter we learn more. 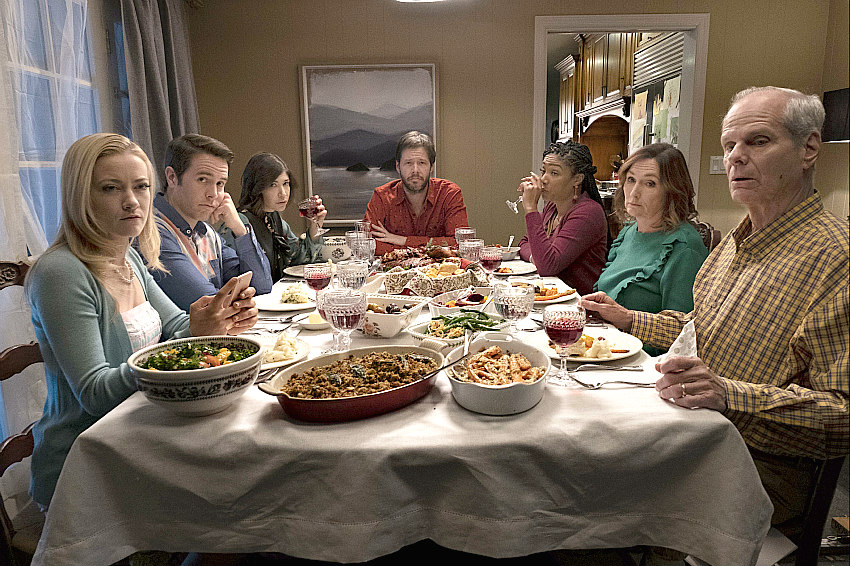 The script is clever and often funny in reflecting American political discord these days. Then it goes further, into hyperbole. We hear about demonstrations, police response, citizens reported to the authorities. Two agents from a new division of Homeland Security arrive at the door, walk right in and issue threats. One (John Cho) is reasonable; the other (Billy Magnussen) is a budding storm trooper. Punching, shoving, a gun and a fireplace poker come into play as the film spins out of the reasonable satire it was, into overload. It’s amusing but hardly a shrewd political commentary. (International Village) 2 ½ out of 5

THE HATE U GIVE: This young adult story is from the Black Lives Matter movement and a popular novel. A young woman who straddles the two communities –she lives in a black neighbourhood and goes to a white school—sees a friend killed by a white cop and is pressured by both sides to speak up. Will she take a stand?

The film has been getting very good reviews for the wrenching search she undertakes for what to do. There are lots of references, apparently, to slain rapper Tupac Shakur and a much-praised performance by Amandla Stenberg in the lead. I’m anxious to see it. (International Village and suburban theatres)