Five movies about women and a Johnny Depp dud

She’s a high school teacher of classic literature, if you can imagine that. Her lips are always shinny with fresh lip gloss and when that guy, who can quote by heart from the Iliad, joins her class you know scandal and worse are on the way. The problem is, it’s all so phony that you never get involved. Well, maybe in a campy way. “It got pretty wet here,” the guy says in a dazzling bit of double entendre. She dumped her husband for cheating and now  has this guy coming on to her. The plot develops like Single White Female and other old films about psychos gradually revealed and ends in a violent showdown in a burning barn. It’s less fun than that sounds. (Scotiabank and many suburban theatres)  2 out of 5

CAKE: There’s no gloss on Jennifer Aniston’s lips here, or any makeup at all. Just scars on her cheeks, chin and arms from an unexplained accident and a bitter vein of anger and self-pity in her mind. She covers it with a stinging acerbic wit that unfortunately gets her kicked out of the chronic pain therapy circle she attends. Then the story takes a weird turn and forgoes much of its credibility. She’s haunted by the suicide of another woman in the circle and to understand it, inserts herself into the life of the woman’s husband (Sam Worthington). She also visits the highway bridge where it happened and has recurring visions in which the woman (Anna Kendrick) taunts her and urges that she kill herself too. 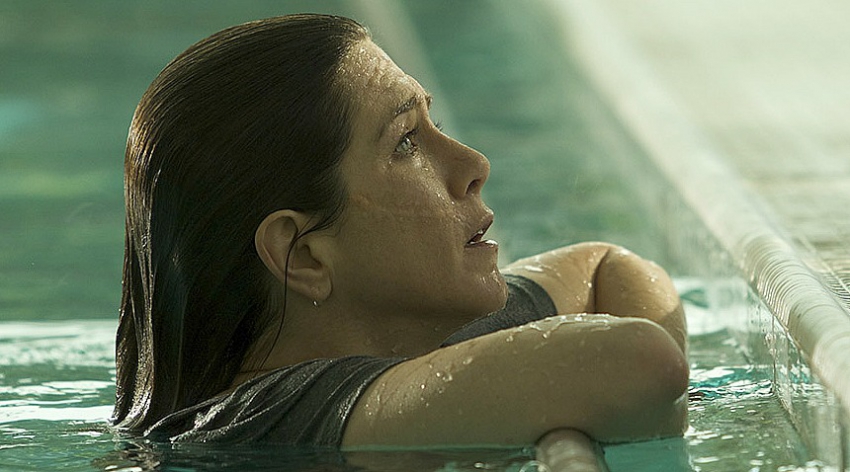 It’s a gimmicky and relatively light view of dealing with grief. The visions do economically get across the turbulence inside her mind but her actions aren’t always probable. They seem imagined; not real. In contrast, her bitchy relations with her patient housekeeper (Adriana Barraza) and their drive to Tijuana to buy drugs are totally believable. Inside these mixed elements, Aniston gives a fine performance as an annoying woman, imperious and driven by bitterness but looking for a reason to change. The ending is ambiguous (maybe) and sudden.  (International Village and Coquitlam) 3 out of 5

FÉLIX AND MEIRA: Both the Toronto and Whistler film festivals gave big awards to this Quebec film. I don’t know what they were on about. It’s a small film with a familiar story distinguished largely by the entry it affords us into a closed community. Meira lives in Montreal’s Hassidic community but wants free of the tight rules it imposes on her. She’s told it’s her duty to have children. She says some women have “four, six, sometimes 14.” She takes birth control pills. She listens to forbidden R & B music and in one scene watches a video of Sister Rosetta Tharpe singing gospel. 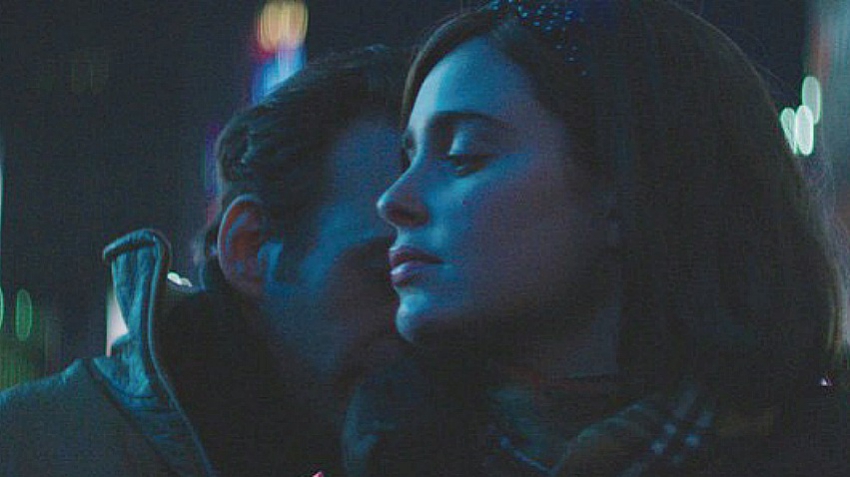 Then she meets Felix and though she’s married and forbidden to look men into their eyes she strikes up a companionship with the neighborhood loner. The film shows their relationship grow into something more but is slow and somewhat muddled doing it. And it takes a serious mistep when it has Felix dress up as a Hassidic himself to learn more. The scene is absurd and should have been caught by director Maxime Giroux. He got to know the community because he lived nearby. But then that’s also why he managed to stage scenes that come off as real with many intimate details.

Israeli actress Hadas Yaron is luminous and endearing as Meira. In her last movie, made in Israel, she was also Hassidic, a young woman under pressure to marry, for the good of the colony. Its storyline was more compelling. (Cinematheque) 2 ½ out of 5

HALF OF A YELLOW SUN: Two years ago when Chiwetel Ejiofor wowed the Toronto Film Festival in 12 Years a Slave, he also appeared there in this film. It’s finally re-surfaced and it’s clear why it had disappeared so long. The story is engaging and important but it’s got problems in how it’s told.