VANCOUVER: NO FIXED ADDRESS: The film I’ve been most interested in at the DOXA Film Festival is this almost-good documentary about Vancouver’s housing crisis. It’s a quick overview of the problem but with few traces of digging down deep. Condo King Bob Rennie offers his usual solution, build more, with no mention of who is buying. Gregor Robertson, the mayor, says his government doesn’t have the power to do much, with no mention of the smaller powers they’ve declined to use. You only see one house being smashed down. But David Suzuki has some strong observations about community and healthy neighbourhoods. Those concepts are in decline around here as speculators have turned housing into a commodity. 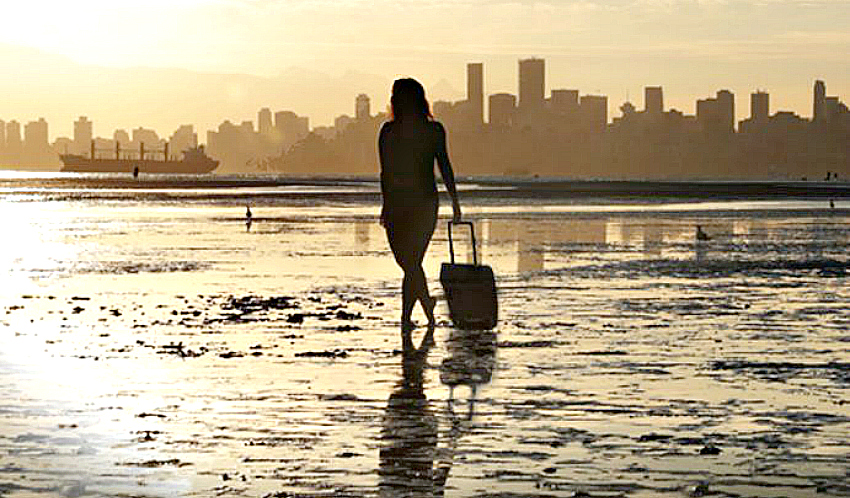 The film should be more forceful in advocating for a fix. Instead it spreads itself too thin by trying to cover too much. The demand that’s boosting house prices is coming from outside, says an economist. Families are leaving. Millennials are OK with tiny apartments. Communal groupings are common. Homelessness is rising. Much of this we already know. What’s driving it? How much of the money that’s flooded in is dirty money? What can we do?

That’s what we need to know. Kerry Gold writes about it often in The Globe and Mail. Two other reporters, Sam Cooper of The Province and Sandy Garossino of this site and The National Observer, make some valuable statements in the film and will be part of a panel after it is shown at DOXA Saturday night.

It’s a hot topic but that’s the only screening at the festival.  Better check the website http://www.doxafestival.ca/ to see if there are any tickets left. The film gets a two week run at the VanCity Theatre starting May 19 and a TV date on Knowledge Network in the fall. Though incomplete, it is a good introduction. (DOXA at SFU downtown campus, Saturday at 7:00) 3 ½ out of 5

JEREMIAH TOWER: THE LAST MAGNIFICENT: On our recent trip to San Francisco my wife and I ate at the Chez Panisse restaurant over in Berkeley. We knew it was where the California cuisine and eat-local movements originated way back in the 1970s but we didn’t know half the story. This documentary adds a lot. It says that it wasn’t Alice Waters, the owner, who created that food revolution but a man who came in one day looking for a job and who she told to do something with the soup she had cooking. Jeremiah Tower did, remade the whole menu, brought in a high-class clientele and became America’s first celebrity chef. 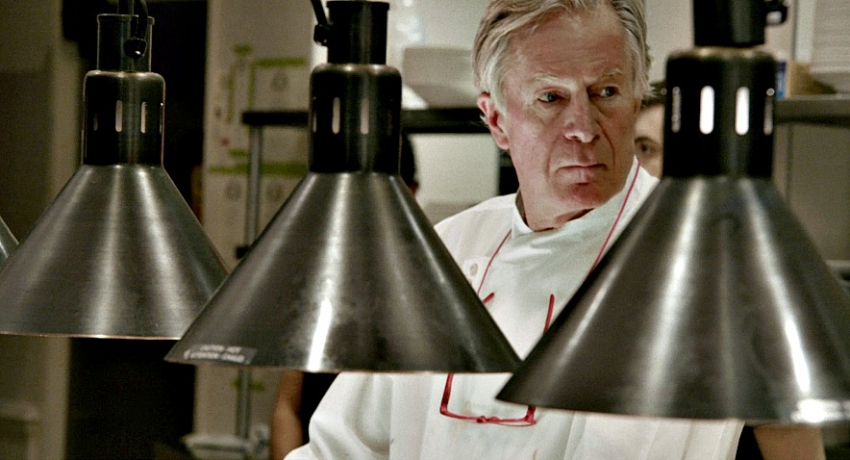 This documentary produced by Anthony Bourdain and directed by Lydia Tenaglia (TV experience) tells what happened after and before. He grew up a rich kid whose parents took him travelling but often left him alone on trains and ocean liners. In re-creations we see his exposure to style and the good life. After Chez Panisse he gained even bigger fame at his own restaurant called Stars. Celebrities partied there and he mingled with them drinking champagne. But again he walked, spent years in Mexico, re-emerged at a tourist restaurant in New York and walked again. He tells what happened but not too much about why. Martha Stewart, Mario Batali and others can’t either although they speak highly of him. A friend says nobody really knows him. Another cites a “utopian possibility of being because that’s what kept the darkness away.” It’s not the whole story and some of the later segues are confusing but he’s a fascinating character and the film isn’t just for foodies. (Park Theatre) 3 ½ out of 5

THE DINNER: This film is frustrating because it takes forever, probably three-quarters of its running time, to get to the point. Two couples (Richard Gere, Rebecca Hall and Steve Coogan, Laura Linney) sit down to a meal in a restaurant so upscale that Coogan declares the cost of the wine “an act of war.” Earlier he had pronounced the Renaissance as “the beginning of the end.” He’s got mental health problems and it seems that’s what the film is about. He calls himself “a warrior for the underclass,” families “oppressive, unloving and cruel” and his brother (Gere), a congressman making a run for governor, elitist and self-serving. The two wives come out with calming or angry comments now and then and a political aide periodically interrupts with campaign news. 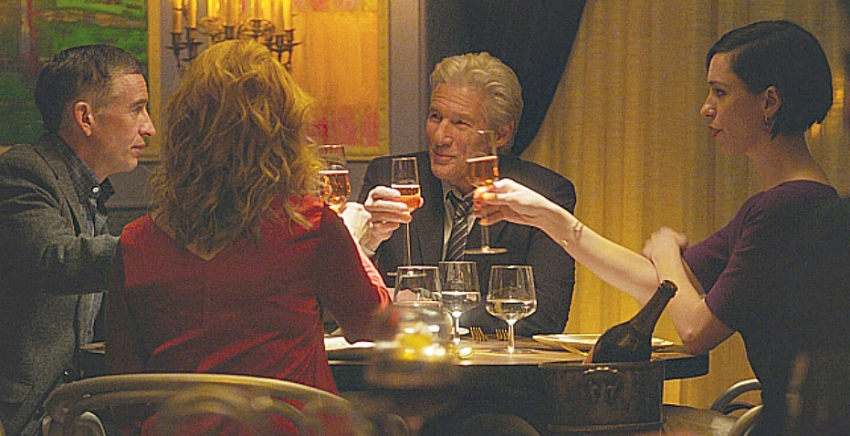 So, what is all this about? They need a plan. Three sons have committed an unspeakable crime. We see it in flashbacks.  How to react? Cover it up? Let it come out? It’s already going viral on social media. When they finally get to it, they carry on a robust debate around the table and in various other places when characters storm away in anger. They take positions you don’t expect. That’s refreshing but they don’t solve anything either. Maybe if they had gotten to it earlier. The story is from a 2009 novel by the Dutch writer Herman Koch, already filmed twice and now transposed to the US. The director, Oren Moverman, has shown in other films that he can explore tough issues efficiently. Not here, even though the cast is strong and hypocrisy is a natural for drama. (International Village)  2 ½ out of 5