VARDA BY AGNÈS: “Nothing is trite when you film people with empathy and love.” That’s one of many quotes I loved hearing from the great French film auteur in this relaxed self-portrait. She sits in a director’s chair, faces a big theatre crammed with fans and tells us about her life and what motivated her as a filmmaker, before that as a photographer and later as an installation artist. “Three words,” she states several times. “Inspiration. Creation. Sharing”. 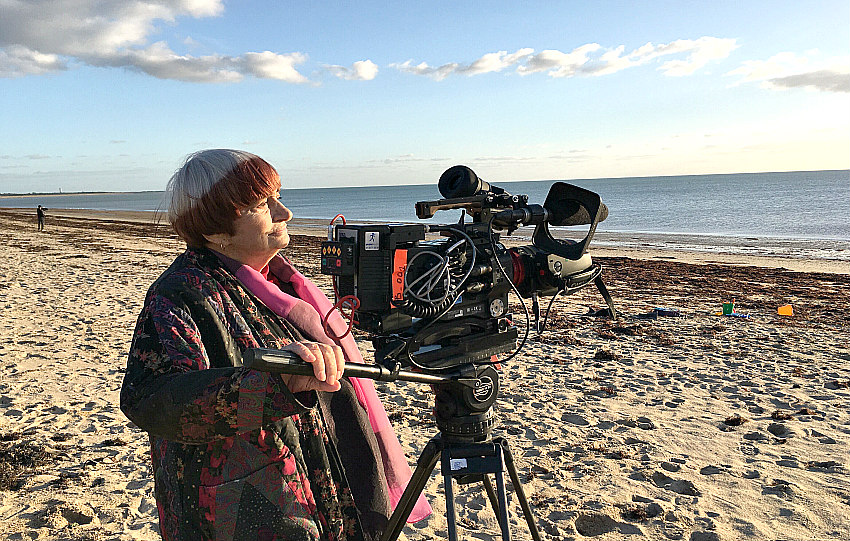 For almost two hours, in two parts, we hear what she meant, illustrated with clips from many of her films, including La Pointe Courte, her first, Cléo From 5 to 7, maybe her best-known, to Vissages Villages, her last before this. (She died in March of this year). We get backstage stories (like what she thought of Robert De Niro speaking  French in her film One Hundred and One Nights, how she managed to film The Black Panthers and there’s Sandrine Bonnaire recalling the “real blisters like you wanted” for Vagabond. Best of all we get her philosophy: feminist, humanist, mixing drama with documentary and always mindful of how they affect people. “My films are covered in affection,” she says. This one is for her fans and anyone interested in the craft of filmmaking. (VanCity Theatre) 4 out of 5

Coincidentally you can see almost every film Varda made in a month-long festival the Cinematheque has scheduled. It starts Thursday and runs off-and-on until January 6. Every film I’ve mentioned will be shown, plus rarer titles like Kung-Fu Master, The Gleaners and I and a previous self-portrait From Here to There. Visit https://thecinematheque.ca/ to find out more.

VOLITION: If you happen to get to Whistler by this afternoon you’d do well to catch this one at the film festival there. If not, watch for it in the future. It’s a sparkling Vancouver-made film on a subject that’s always in fashion: time travel. But this one gets into loops and back and forth motion and so much complexity that it’s also an intriguing puzzle. I think it goes too far in that direction but there’s much to enjoy along the way. It’s already drawn laudatory reviews at several sci fi and fantasy festivals.

Adrian Glynn McMorran, known from the Arrow TV series, plays a man afflicted with clairvoyance. He has visions of his future. Problem: they come on at random. He can’t call them up. So, assigned by a gangster (John Cassini) to chart the best future for some African diamonds, he has to keep him waiting. Meanwhile, he sees his own death but not clearly. And we see that an early incident (he rescued a woman played by Magda Apanowicz) has already happened by the time we see it. It gets very complex that way, includes a huge twist along the way and something I thought was a time travel no no: he comes into the same time frame with himself. No matter, it’s a very involving film, briskly paced by director Tony Dean Smith and brightly co-written with his brother Ryan W. Smith. You see a lot of local sights too, like the 2400 Motel. (Whistler Film Festival) 3 out of 5

FRANKIE: There’s an extended scene at the end of this film in which all the characters walk up a hill, and then? They walk back down again. The end. Somehow that’s come to symbolize the entire movie for me. A good idea is played by a top-notch cast but with little payoff. A classy soap opera, if you will. Starting well but gradually turning overly languid.

Isabelle Huppert is Françoise, Frankie to her friends, an iconic movie actress and budding organizer of people’s lives. She brings her entire family (close, distant, professional and even  ex) together for a holiday in Portugal where she wants to tell them her cancer has returned, and offer them advice about their own lives. Brendan Gleason plays her second husband; Pascal Greggory is her first, the one who left her because he is gay. Vinette Robinson is her stepdaughter, there with her husband, teenage daughter and failing marriage. 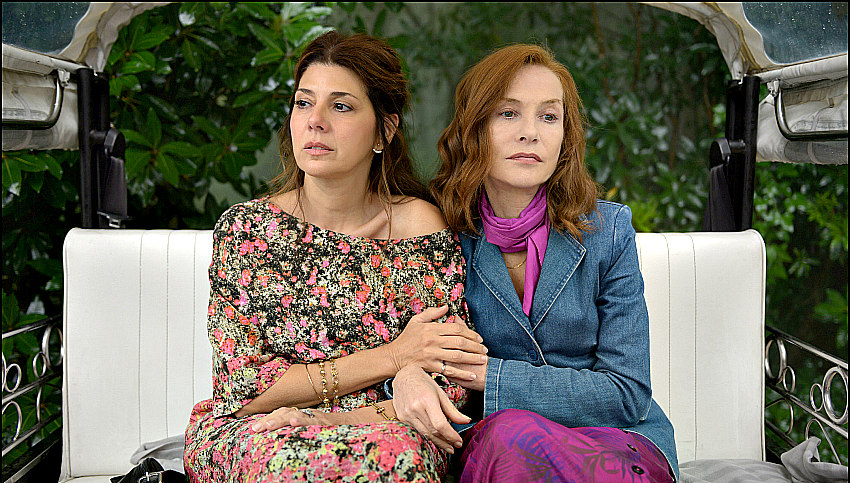 Frankie has invited a make-up artist/ friend from the movies (Marisa Tomei) hoping to hook her up with her petulant son and rookie financier (Jeremie Renier). Marisa has brought her own friend (Greg Kinnear), a co-worker with her on a new Star Wars film, who is trying to woo her.  They’re all nice people who we get to know in a series of small scenes that don’t really build up to very much. Nice touristy sights and lore though. (Park & Tilford) 2 ½ out of 5

PLAYMOBIL: THE MOVIE: Lego and Transformers and others have done it, so why not this German line of toys? It’s a co-production with France and, from what I’ve read, is just short of an advertising feature disguised as a movie. A young boy (Gabriel Bateman ) and his older sister (Anya Taylor-Joy) who takes care of him after their parents die are whisked into a computer game where they become animated characters like everybody else in there. An emperor (voiced by Adam Lambert) rules like in Gladiator; a food-truck guy (Jim Gaffigan) sells magic hay (?), there’s a pirate (Keenan Thompson) and various helpful types including a secret agent (Daniel Radcliffe) and a fairy-godmother (Meghan Trainor). It wasn’t previewed here but I’ve seen posted comments that say small children like it; their parents not so much. And critics? Hardly at all. (International Village and suburban theatres)