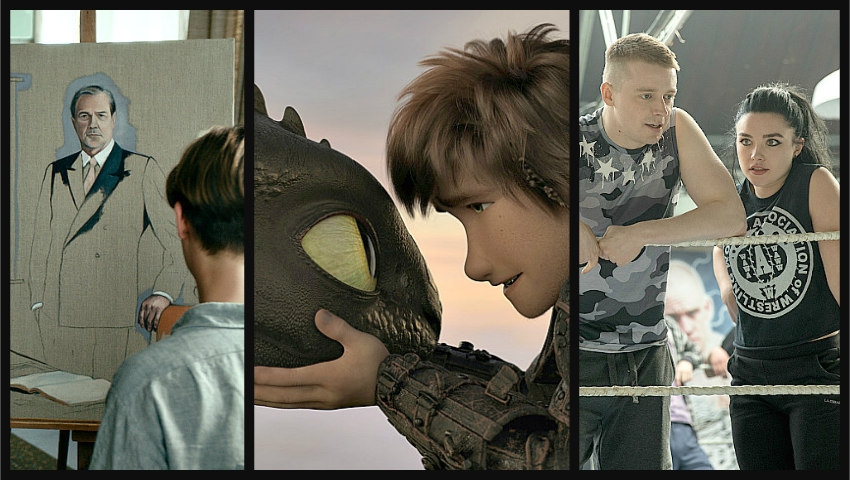 Also going international:  in Spain by an Iranian and in Singapore with a Japanese foodie

The Academy Awards are coming Sunday and I don’t know who can call them. They’re a dead heat and have been since the nominations were announced a month ago. Star is Born? Bohemian Rhapsody? Roma?  In the best picture category, who knows?  That could give another boost to Green Book, which Caryn James called “a warm bath of clichés” but is also well-meaning and relevant.

Roma is still leading as Best Foreign Language Film although I’d like to see some other one take it: Never Look Away (reviewed below); Shoplifters or Cold War.

In Animation, it would be foolish to bet against Spider-Man: Into the Spiderverse, even though there’s a Pixar film also in the running.

And related to that, check out the offerings at the starting-today Vancouver International Mountain Film Festival at https://vimff.org/

And speaking of award-worthy films, The Cinematheque has brought back a true masterpiece, Seven Samurai, the Akira Kurosawa epic from Japan that was influenced by American westerns and was then remade as a western, The Magnificent Seven. It was nominated for two Oscars and was recently voted, in a BBC poll, “The greatest foreign-language film of all time.”  For more, check here: http://www.thecinematheque.ca/

And these are new in town this week:

How to Train Your Dragon: The Hidden World: 4

Fighting With My Family: 3 ½

NEVER LOOK AWAY: Despite a few flaws, this Academy Award nominee from Germany is one of the best, most engrossing and most intelligent movies you’ll see. For two hours it’s one of those films you enjoy so much you don’t want it to end. Then its biggest flaw kicks in: it switches tone completely and goes on for another hour. Politics, Nazi horrors, post-war repression in East Germany, told with a superb dramatic grip, give way to a slow musing on the nature of art. The film has trouble explaining how the first part affects the second and though it recovers before the end, it is bound to lose a few people along the way. Stay with it though, it’s beautifully visualized and acted and cleverly written. Ideas and events reoccur in different circumstances and there’s a subtle use of irony as they do. 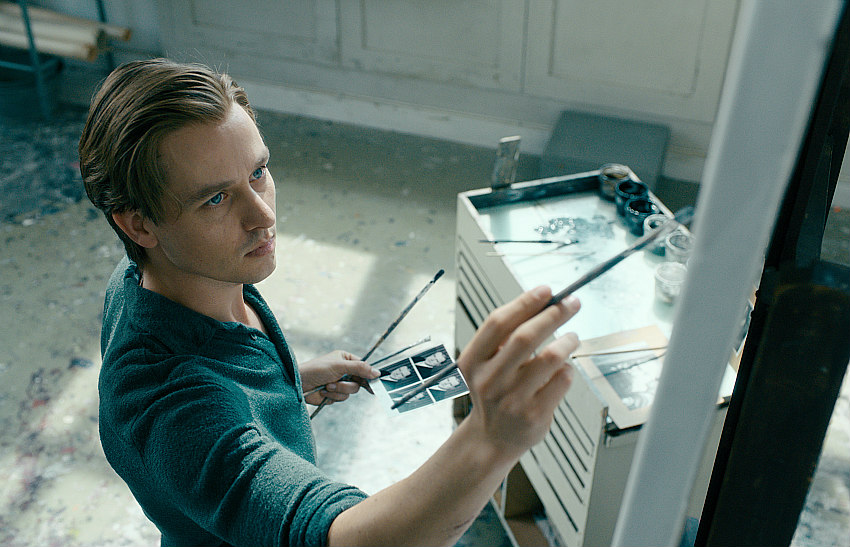 The story is loosely based on the life of the painter Gerhard Richter as heard from him personally and then re-worked by the director Florian Henckel von Donnersmarck. He won an Oscar with The Lives of Others, about political surveillance in East Germany. This is a much more sprawling and dispersed work starting in Nazi times with the famous exhibit of “degenerate” art and the quest for “hereditary health” through sterilization and then euthanasia. It moves on to the post-war insistence in the East on social realism in art and the free-for-all avant garde art scene in Düsseldorf in the west. Tom Schilling, as the artist, is burdened by that history, including his own family’s, as he struggles to find his “voice” as a painter. How he does it fits the facts but doesn’t feel completely credible. His trip to get there though is gripping. There’s a beloved aunt he lost to the eugenics campaign, Sebastian Koch, as a doctor in charge (and a post-war survivor) and Paula Beer as the student he falls in love with. There’s also a teacher who in image and back story is clearly meant to be another prominent German artist, Joseph Beuys. This film is both art history and a good yarn. (International Village) 4 out of 5

HOW TO TRAIN YOUR DRAGON: THE HIDDEN WORLD: This third and apparently last chapter in the series is already a big hit overseas and no wonder. It’s a terrific cap to the trilogy, blessed with strong storytelling, likeable characters and spectacular animation. It also had to overcome a tricky problem: originality. The basic plotline—the need to co-exists with dragons, and by extension, wildlife of all kinds, was solidly established in the first film and didn’t need to be done again. The two subsequent films rely on a common device: an outside figure comes in to threaten the dragons. It’s hardly new and yet the story is endearing anyway.