A Hollywood black mark in Trumbo, a new Rocky in Creed and an infamous psych experiment at Stanford

Kids won’t mind that the two species lived almost 150 million years apart and couldn’t have met. One told me he liked it best when they became friends. That’s the heart of the movie and develops after the young apatosaurus named Arlo sees his father die in a torrent of water, is himself washed down river and has to find his way home. He re-meets the corn-stealing boy, names him Spot, and together they face bad weather, narrow cliffside ledges and hungry pterodactyls (led by Steve Zahn), trip out on fermenting berries and for a while  join some buffalo-herding T-Rexes ( led by Sam Elliott). There’s spectacular animation but the story is dull in spots.  And showing both death and animals eating animals, it’s not for younger kids. (International Village and suburban theatres)  2 ½ out of 5

EUROPEAN FILM FESTIVAL: For the first in its 18 year history, there are films from all 28 European Union countries. Malta has finally sent one and it couldn’t be more timely. SIMSHAR is about the migrant crisis in the Mediterranean. A ship has arrived, is stopped from unloading refugees and a doctor goes out to examine them. The film muddles things by running a parallel story of a small fishing boat that goes out to sea illegally and runs into trouble. Only at the end do the two yarns   connect as the film advocates helping and welcoming refugees. (Plays Sunday) 2 ½ out of 5

I’ve seen several of the films and no dud yet. These, all showing in the festival’s first week, are some of favorites.

THE KEEPER OF LOST CAUSES, from Denmark, is everything the current Secret in their Eyes is not. It’s got narrative drive and a twisty and very involving story. A cop relegated to the cold cases desk doesn’t believe the finding of suicide in a woman’s death on a ferry boat. As he finds out more or even just speculates, the film enacts what he’s thinking. 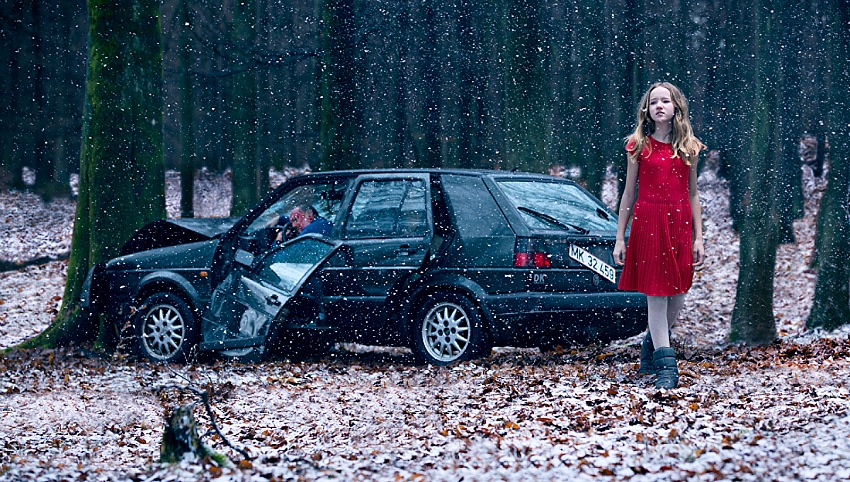 It’s terrificly written by Nicolaj Arcel, who also scripted the original Girl With the Dragon Tattoo. (Fri) 4 out of 5

ADMIRAL from the Netherlands is a good antidote for the image of the noble British we’ve been taught forever. The English king is a loonie and his navy helps his merchants carry on business. Holland has the only republic in Europe but also William of Orange conspiring to restore the monarchy. This is before he conquered England. The film is a sprawling epic that will appeal to history buffs and model ship enthusiasts. It shows major naval battles by deftly blending real boats and model ships. (Sat evening) 3 out of 5

FEVER is from Austria and has a woman trying to learn more about her father’s war record. Not in the world wars, but as a French legionnaire in a rebellion in Morocco. The film ponders colonial war crimes in two time periods— as a girl puzzles over her dad’s photos  and then as an adult travels to where he served —and gets increasingly dream-like. At times it feels like one of Guy Maddin’s surrealistic visions. (Monday) 3 out of 5

You can find more information at eufilmfestival.com

VICTOR FRANKENSTEIN: Mary Shelly’s tale is back one more time. Not as she wrote is though. This time it’s from Igor’s viewpoint. Daniel Radcliffe, the former Harry Potter, plays him opposite James McAvoy’s Victor. They’re friends since medical school and collaborators in those immortality experiments. The storyline says Igor has to rescue Victor from his own madness. I don’t remember that from all those other movies.  (International Village and suburban theatres)