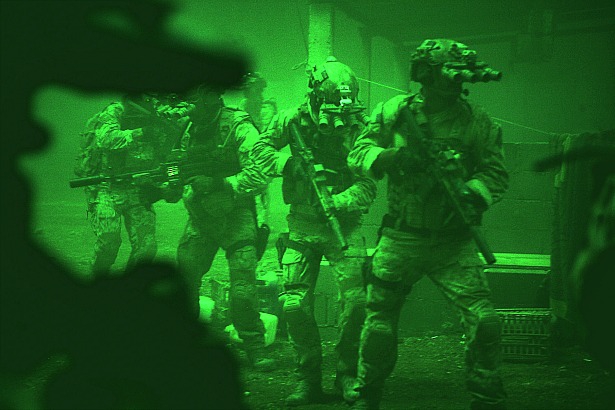 Civil rights take a beating this week in two movies.  They demonstrate fighting back with a so-called necessary evil.  Meanwhile, kinder thoughts drive the survivors of a tsunami  and a piano prodigy suffers for her art.  All that, in these four films:

ZERO DARK THIRTY: First of all, that torture issue that’s drawn so much fire. Yes, they show it, but they don’t like it. Then they show it some more.  “When you lie to me, I hurt you,” the CIA interrogator proclaims. Then he covers the face of the apparently confused prisoner with a towel and douses it with water. Other scenes almost replicate those infamous Abu Graib photos and the even worse “enhanced interrogation” that some documentaries claim was going on in the back rooms of that prison.  It’s hard to watch. Even Jessica Chastain as the CIA agent called Maya winces a couple of times.  That’s about it though, for reflecting on the morality of it. 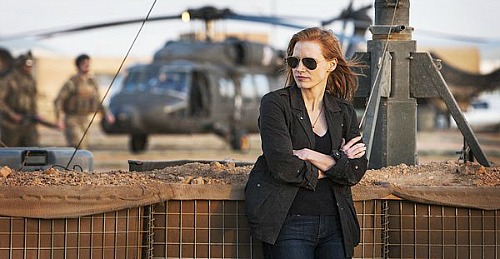 Maya is the woman who tracked down Osama Bin Laden’s hideout, largely it is clear, through her own smarts, persistence and a touch of arrogance. (The real woman she’s based on seems to have more than a touch. She’s claiming sole credit for the work of an entire team). In the film, Maya reasons that since Bin Laden wouldn’t be using the phone or e-mail, there must be a courier. She hears a clue in an interrogation video and follows it relentlessly, even threatening superiors who don’t find it promising. Chastain has one of the film’s five Academy Award nominations for her deft portrayal of a woman growing more and more assertive. That provides some human drama while most of the film is like a police procedural. It follows every detail of her search and with sharp direction by Kathryn Bigelow and writing by Mark Boal (with apparently some intel from inside the CIA itself) is gripping to watch but cold in its clinical efficiency. The final assault on Bin Laden’s compound (Maya wanted to bomb the place) is a long, point-by-point military operation by Navy Seals, tense and thrilling but also seemingly an “official version.”  3 ½ out of 5

THE IMPOSSIBLE: Most disaster films take a long time before the main event arrives. Not here. We get to know a family briefly on the plane, as they check into their vacation resort, open a few Christmas presents and  go for a swim in the pool and them wham. The ocean blasts its water over the building and everything around and the rest of the film is a tense and urgent story of trying to survive. And reconnect. 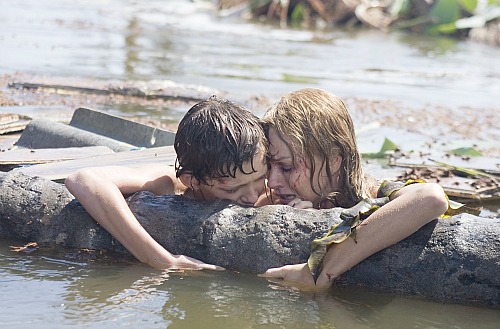 The event is the 2004 Boxing Day tsunami. The place is Khao Lak, Thailand and the family’s story is true.  The mother told it in a radio interview in Spain, where they are from. Spanish director Juan Antonio Bayona, who heard it as he was driving, changed their nationality to English and made this tense and immensely satisfying movie. Naomi Watts and Ewan McGregor play the parents who become separated amid the destruction, he with two sons, she with a third. They struggle through remarkably real-looking scenes of devastation, give and get help and have near-misses in finding each other. Watts has an Oscar nomination for her absolutely believable portrayal of the resolute, though severely injured, mother. A self-assured newcomer, Tom Holland, plays the young son who is forced to mature fast. You’ll be intensely taken with by their ordeal, probably teary-eyed a few times and best of all buoyed by the view of humanity here: nobody in this film is just looking out for number one.    4 out of 5