Issue films at VIFF: the harm that blue jeans do, a woman fights a developer and Tony Blair cashes in 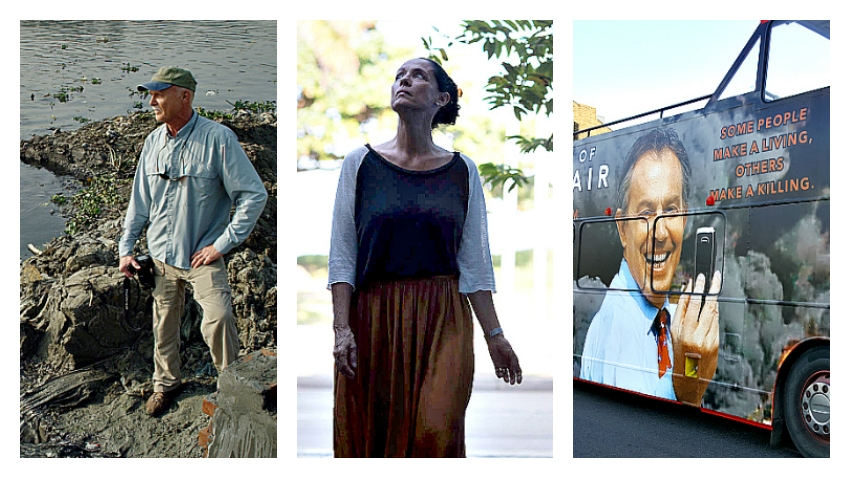 Today at the Vancouver Film Festival  you might want to check out KONELINE, Tower or Weirdos. I covered them last time. Or I, Dan Blake, the film about poverty by Ken Loach. I’ll be catching it.

These new recommendations are for Tuesday and Wednesday. I’ve seen them all. I’m also interested in one I haven’t yet seen: Maliglutit which is inspired by the old John Wayne western The Searchers but set in the Arctic. It’s by Zacharias Kunuk who’s earlier film The Fast Runner was recently voted the top Canadian film of all time.

Power to Change: The Energy Rebellion

The Killing$ of Tony Blair

RIVER BLUE: Here’s an environmental documentary that gets uncomfortably close. It demands we give a thought to where the clothes we buy come from. How are they made? How are the workers affected? And even bigger: how does the manufacturing process distress the environment? Mark Angelo travels the world to show us how. 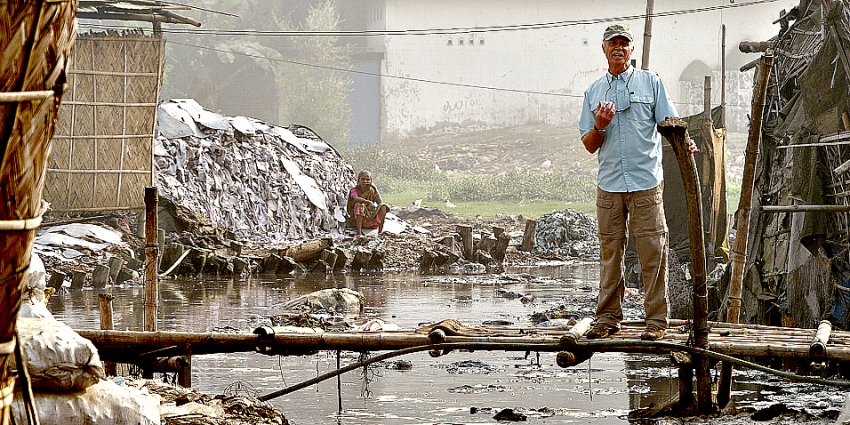 He’s the Burnaby-based champion of rivers, organizer of Rivers Days and holder of awards from Canada, B.C. and the United Nations. He stands at the side of some very dirty rivers in India, China, Bangladesh and Indonesia.

Industrial effluent and toxic chemicals and just dumped in there and as this film shows one of the worst polluters is the garment industry, and therefore the world fashion industry, including some big name brands, and by implication we, because we buy the clothes.

Angelo goes inside a tannery (“a water pollution catastrophe”), to outfall pipes (sometimes the factory it’s connected to can’t even be traced), talks to researchers and activists who point out rivers and water supplies that are being ruined (“Hydrocide”) and gives special  attention to the blue jean makers who can be champion polluters.

He also talks to a new breed who’ve ditched the chemicals, including the man who invented stone washing and now says that was a mistake. The narration by Jason Priestley is solidly dense with information. (Screens Tuesday)

POWER TO CHANGE—THE ENERGY REBELLION: This documentary from Germany is also solid with facts, this time about the energy industry. What makes this one special is its proposal that we can move 100% off our use of fossil fuels.

Before this, I’ve only seen reduction as a goal, sometimes drastically but not completely. Director Carl-A. Fechner argues “we don’t need traditional energy sources anymore” and visits a number of projects starting or tuning up real alternatives.

An old missile base is now a solar energy farm. Fallen leaves, passive houses, ships with sails, the sharing economy and new ways to save energy are useful. Alberta’s oil sands are not. Nor is a political turn-about in Germany where a so-called "energy transformation" has just been cut back. This film is a potent response. (Tues and Thurs)

THE KILLING$ OF TONY BLAIR: George Galloway probably never did like Tony Blair. Not when he was in Britain’s Labour Party nor after he was kicked out. To him, Blair’s “New Labour” really meant “No Labour”. That’s mild compared to the rants about the smiling, obsequious former PM that Galloway has assembled here. 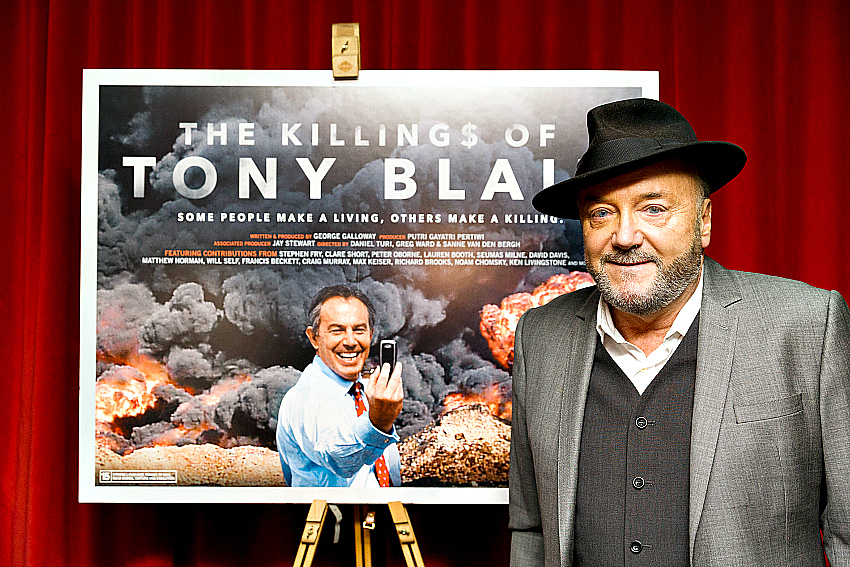 Blair is into money grubbing, Galloway asserts. He uses his former political title and the contacts he made while in office to enrich himself. He’s a hired consultant helping countries like Saudi Arabia and financial players like J.P. Morgan make deals.

He did PR for a dictator in Kazakhstan who had strikers in the oil industry murdered. Blair was paid 240,000 pounds for a speech in China and has a private jet to fly to his speaking engagements. He’s most reviled for taking Britain into the Iraq invasion which got him labeled a toady of the Americans, or politically daft or even a war criminal.

Galloway presents it all with his own easy-going charm, laced with irony and invective, through interviews with other non-fans and with many choice news clips and newspaper headlines. It’s a good tirade to watch. (Tues and Oct 13)

AQUARIUS: In our city of teardowns and renovictions this one from Brazil should resonate. Legendary actor Sônia Braga shows as much feisty presence as ever as a woman who wants cherishes heritage. There’s her large collection of vinyl LPs (she plays a former music critic) and the condominium in which she is now the only resident. 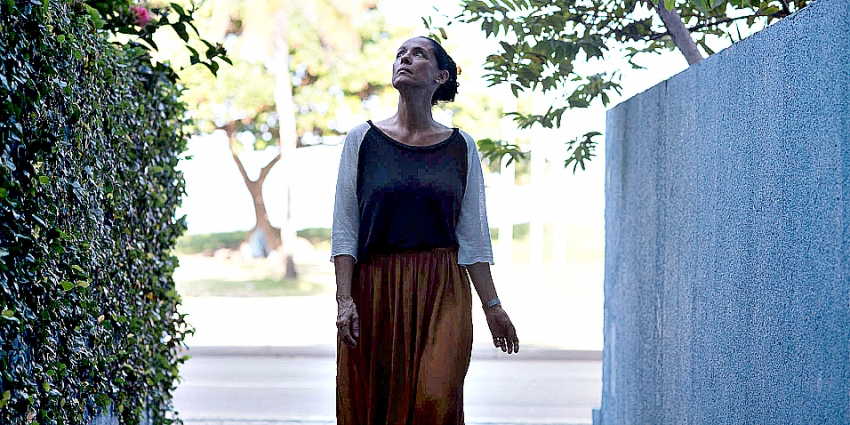 A developer has bought everybody else out and now wants her to move so he can put up a huge, new building. He hands the project to a grandson who starts out apologetic and pleasant, becomes passive-aggressive and resort to a form of block busting.

THE TRAP: This is a small film from India that meanders gently and appears somewhat primitive and then packs a punch. A Chekhov story called Vanka provides the basics although you might not recognize it. 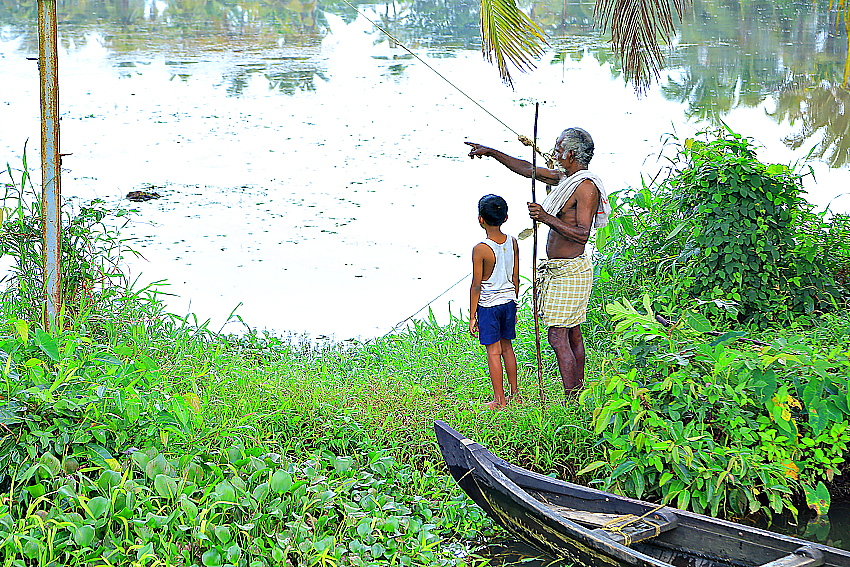 An old man and his grandson tend a flock of ducks. Those scenes are amazing. They herd them like cattle down to the river and then along the river. The boy meets prejudice when gets to know a friend who lives in a fine house nearby but whose snooty father objects. “We don’t have friends like that,” the man says.

The boy wants to go to school but can’t because he’s too poor. Then circumstances turn. He can go, in the city, and the film becomes a bracing tale with a harsh upshot of poverty. I don’t want to say how but it’s chilling. (Tues)

BP gets off too easy in Deepwater Horizon and BC looks gorgeous in Koneline, one of my VIFF picks