Michael Moore's hope in the Trump era; The Wife’s marriage seems happy and Life Itself can bring tears 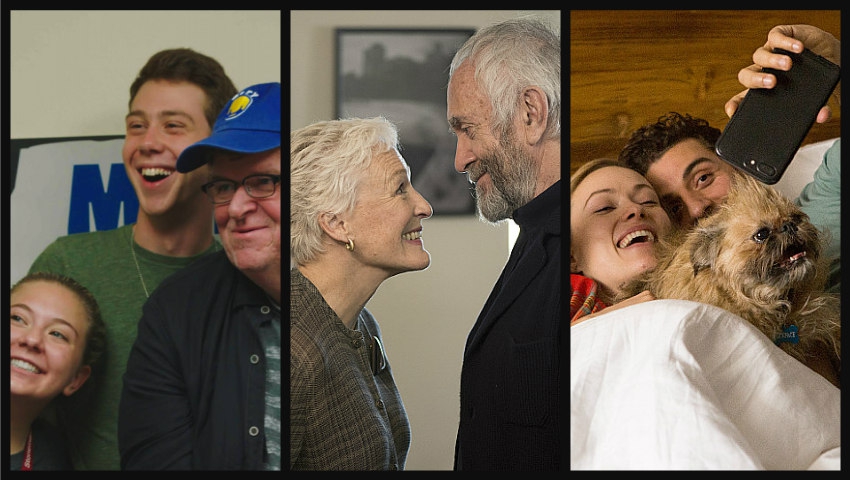 There are two highly recommended films on the list today and film buffs might also look in on the Cinematheque for a film that’s become legendary for all the wrong reasons. The Last Movie was Dennis Hopper’s follow-up to Easy Rider but he was given too much money and freedom to make it.  Drugs and other excesses got involved during the filming in Peru. It bombed at the box office and with critics and has been little seen since 1971. Since then it’s developed a reputation as “essential” and a “great lost film.” Hopper thought it was his masterpiece though making it was “one long sex-and-drugs orgy.” A new restoration plays once a day until Monday. Check out http://www.thecinematheque.ca/ for more.

Or try these newcomers:

The House With a Clock in Its Walls: 2 ½

FAHRENHEIT 11/9: Maybe it's just because it’s so up-to-the-moment contemporary but I think this is Michel Moore’s best film yet. It’s full of passion, anger, impish humor and finally, a call to action. All that makes me forgive that it’s also sprawling and jumps around through many topics without making a solid case that they actually belong together. But many do and it’s kind of thrilling to watch him spout out his vision of what’s gone wrong in American politics. For sure, the main focus here is the rise of Trump, including a new revelation on what made him go for the presidency in the first place, but also a parallel story that takes Moore back to his home town of Flint, Michigan. He spends a great deal of his film on the outrageous water crisis there and argues an almost exact comparison between the governor he blames for it (and his business cronies) to Trump and his backers. It also sets up one of his trademark stunts. 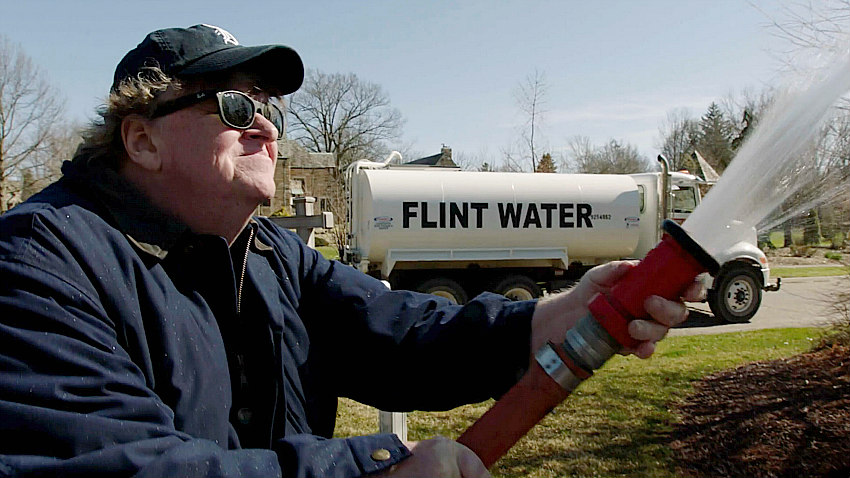 Elsewhere he compares Trump to Hitler, not unheard-of these days, but pretty extreme here, although a short sequence that puts Adolf’s voice over a Donald speech is very funny. Moore, as analyst, does have a track record. He was one of only a few commentators (certainly on the left) who predicted Trump would win the presidency. He said he knew how ordinary people were thinking and hurting. He goes on to blast the electoral college that made it final and TV news executives for letting it happen and takes swipes at Clinton, Obama and the Democratic Party too. Then a big dose of optimism. His hopes for the future are with a new populist movement he sees rising, typified by the Parkland students and their anti-gun campaign. The real America is stirring, he thinks. (5th Avenue and a few suburban theatres) 4 out of 5

THE WIFE: Here’s a must see for anyone into intelligent drama and superb acting. Glenn Close deserves an Oscar for her portrayal of the amenable wife of a famous writer and the spectacular turnabout she experiences. That happens when he (Jonathan Pryce) wins a Nobel Prize, they both go to Sweden to accept it and old difficulties re-appear. He’s a philanderer; she’s been putting up with it for years but when he flirts with a photographer and some old gossip is slyly mentioned by an aspiring biographer (Christian Slater, very unctuous), she breaks out angry, then furious. 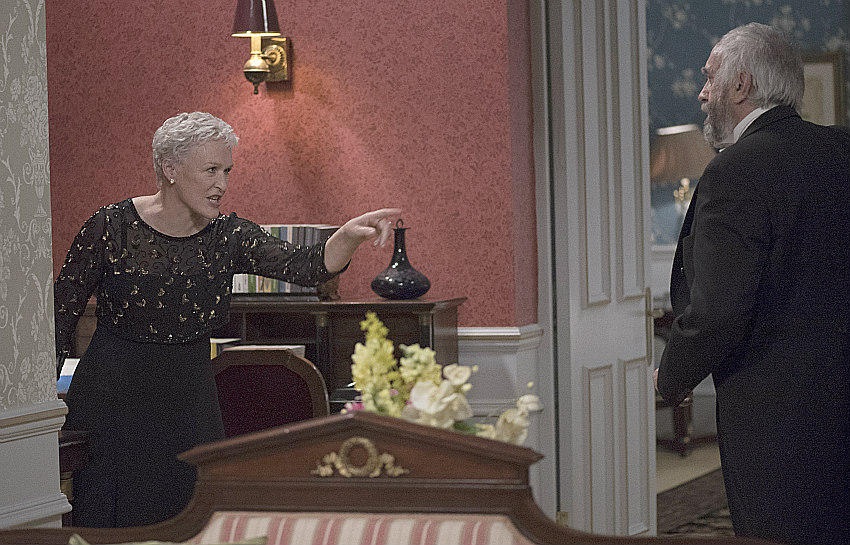 There’s a far deeper resentment behind it though. His cheating she knew about. When she first got together with him he was a married man and she was his student. Close’s own daughter, Annie Starke, plays her younger self in the flashbacks. The real sore point that finally takes her over is his blithe inability to give her credit for contributing to his writing. Just proofreading, he says it was. We eventually learn it was more than that, although she never demanded recognition because, as she says, the ideas were all his. The early scenes reflect perfectly the details of a long-standing marriage. Then the fierce arguments come on and they are scary and venomous. There’s an unnecessary subplot about a son’s own ambitions to be a writer but the rest of the film is formidable. It was filmed in Scotland and Sweden, where the director, Björn Runge is from. (5th Avenue) 4 ½ out of 5