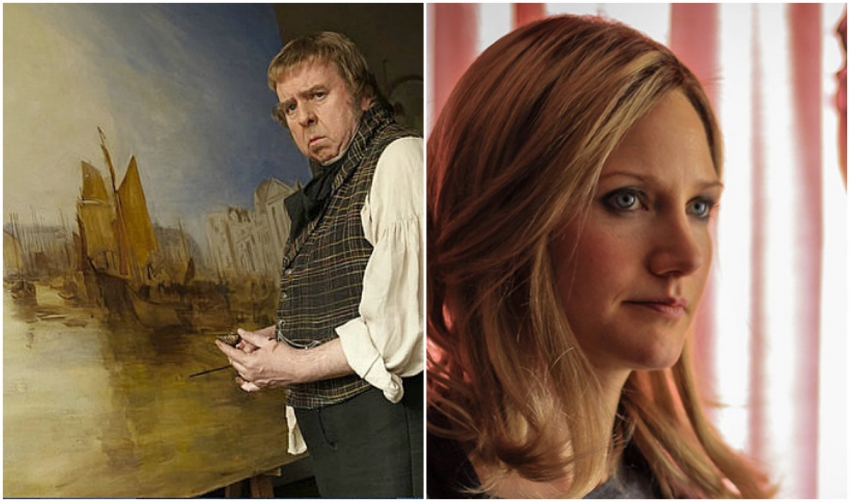 Jason Reitman, of Juno fame, has a new film. Alex R. Johnson has his first. And Sonja Bennett may have a hit with the first one she’s written. For different reasons, they’re my next picks for see at VIFF.

MR. TURNER:  Here’s a fine new work by Mike Leigh, a portrait of a painter, England’s 19th century master J.M.W. Turner. He favored landscapes and seascapes and as portrayed by Timothy Spall was a grunting, ungainly man with a short temper for critics and even buyers and was a quick mover with the ladies. Be prepared for several quite awkward (fully clothed) sex scenes. He also had a testy relationship with his mother. Spall won best actor at Cannes for the role. 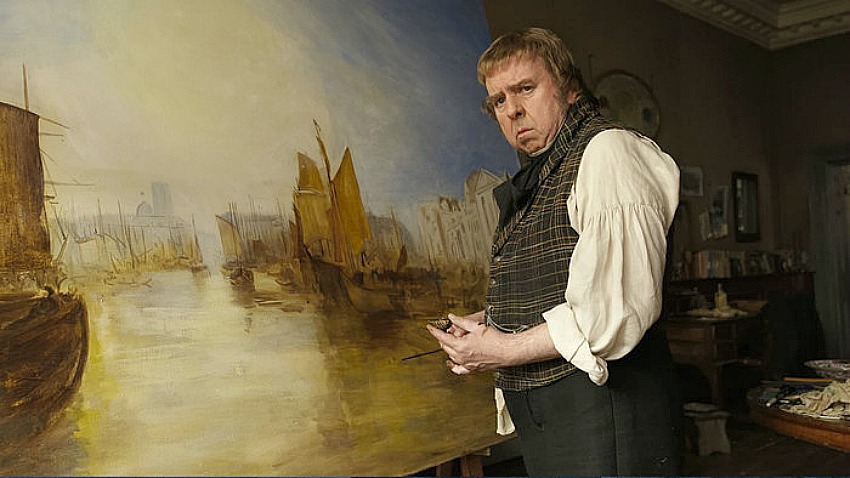 The film is lavish in its art direction and rich in its re-creation of the way of speaking of the time. “I did not find myself in the city.” Turner says at one point. The whole undertaking has a classic feel to it and there are many outside scenes that look as carefully composed as a painting. There’s not a story as such but a series of incidents from his life. We get to appreciate both his crude side and his knack for the business of art as well as his creativity.  There are a couple of scenes with a pompous critic that are priceless. (Screens again Thurs. at noon and on Oct. 8) 4 out of 5

MEN, WOMEN AND CHILDREN: Jason Reitman bookends his new film with the entire cosmos. Front and back, he invokes astronomer Carl Sagan’s thoughts about our status in the universe, which is miniscule, just a blue dot among millions of other dots in a famous photo taken from space in 1990. How disappointing then, that the film between these grand thoughts deals with such mundane everyday stuff. It is a pretty standard comedy about middle class people like we regularly get from Hollywood. 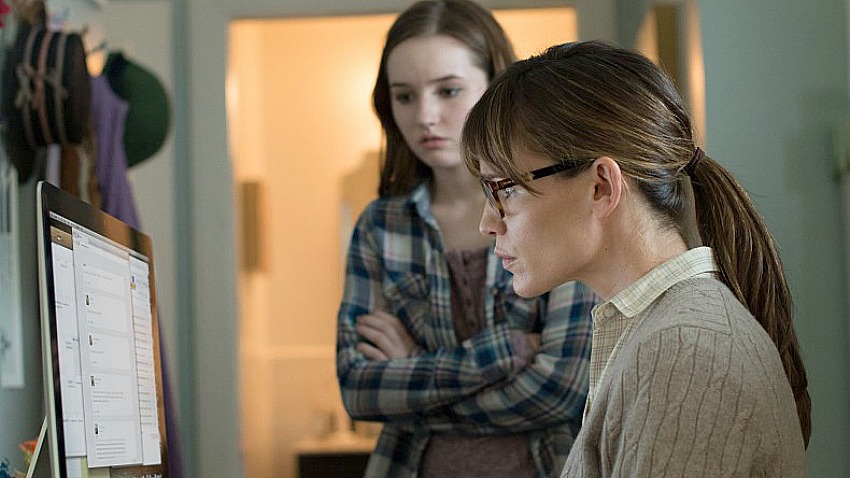 It explores how they use the new technology, computers, the internet, smart phones, and how that’s changing human life. Not much is said that’s new or even all that interesting.

There’s a porn addict (Adam Sandler) who searches out escorts. His wife searches for a computer date as “bored wife.” A teen girl cruises dieting sites with mottos like “pretty bitches never eat.” Another posts sexy photos to start an entertainment career. One mother (Jennifer Garner) is so uneasy she monitors her daughter’s computer and even deletes messages. Only one teen (Ansel Elgort, memorable in The Fault in Our Stars) is in sync with the film’s cosmic ambitions. We’re all just made of molecules, he says to explain why he found football meaningless and quit the team.  Lots of ideas; little focus. The novel this comes from is apparently much darker. The film is entertaining and a crowd pleaser with quite a few funny lines. But it feels inconsequential. (Last screening this afternoon until it returns Oct. 10)    2 ½ out of 5

PREGGOLAND: They’ve done very good promotion for this Vancouver comedy. There was a big crowd when it screened last night and luckily it was worth it. The film is very funny and Sonja Bennett, who wrote and stars in it, shows she is a very good film comedian. She has a bit of a Kate Hudson vibe but with more presence and spunk. 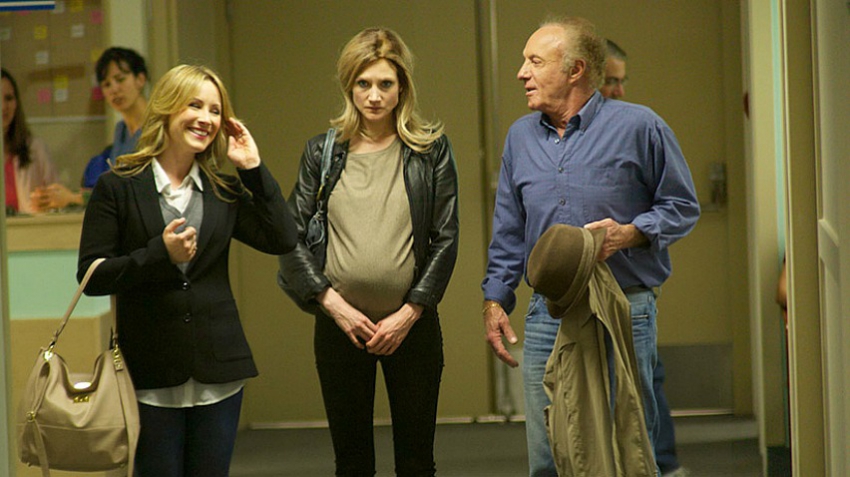 She plays a grocery cashier who pretends she is pregnant. The script manages to set that up so that it seems logical. She’s stuck with a baby stroller because the friend she bought it for wouldn’t accept it. It gets her special treatment on a bus and approving glances. Then her friends kick her out of what she calls “my gang” because she “doesn’t fit in anymore.” She doesn’t talk about babies all the time, that’s why. That’s when she starts pretending and, of course, she gets trapped in the deception. Only the store janitor figures it. He’s played by Danny Trejo who is generally typecast as a brutal killer like Machete but shows real comic flair here. James Caan plays the happily-expectant grandfather. Hilarious sequences, some bittersweet reflections on societal pressures and a sibling conflict add up to an enjoyable film. (Screens again Thurs. afternoon)  3 out of 5

TWO STEP: That’s is what film festivals are good for. To discover films like this that you haven’t heard about and wouldn’t expect to be special. Reading a summary you’d get the idea this is just another crime story set in Texas. It’s much more than that. It’s sharply written and produced and draws you in with a straightforward story of menace felt or perpetrated by unusually complex characters. 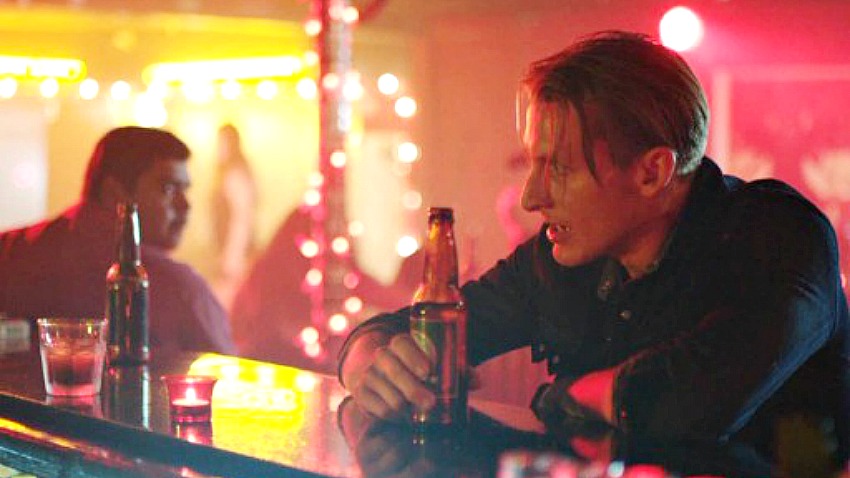 Webb is the more imposing one. He’s just out of jail from where he pulled telephone scams on old ladies claiming he was a grandson who desperately needed money. Trouble is, he’s a perpetual loser with a violent temper.  He’s played by an actor you’ll see a lot more of. The name’s James Landry Hébert. When his boss intimidates him over a huge debt, he goes one more time to a grandmother he’s scammed before. Her real grandson is at her house though. He inherited it after she died and now Webb wants the money that came with it. Their actions intersect credibly with a local cop, a lawyer and a neighbor, played by Beth Broderick, the biggest name in the cast. She’s done a lot of TV including playing one of the aunts of Sabrina the Teenage Witch. All the actors put in strong performances here playing a concise, natural sounding script by Alex R. Johnson who also directed. (Last screening Thurs.) 4 out of 5