More action from Spider-Man, a pagan cult in Midsommar and Wild Rose hurting to sing country

WILD ROSE: It seems like a story you’ve seen before, but give it a chance. It’s more than that. Young woman aspires to make it as a singer and become a star; that’s the basic plot. This is the British version; that’s one difference, and here’s a huge one: she’s a Scot in Glasgow wanting to get to Nashville and into country music. And, it doesn’t even stop there in wandering off the well-known track it seems to be on. All those and a star-making performance by a relative newcomer, make this one worth your while.

Jessie Buckley (just becoming widely known because of HBO’s Chernobyl) plays Rose-Lynn Harlan a free spirit with a country music obsession but any number of impediments. She’s just of out of prison, and is hobbled by a curfew, a disapproving mother (Julie Walters), the job of raising two small children, the make-do work of cleaning lady for a well-off woman (Sophie Okonedo) and her own lack of maturity. How could she ever get to where she wants to go? Films from the U.K. regularly give us plucky strivers like her testing the improbable and Tom Harper’s direction of Nicole Taylor’s script shows she belongs up there with the Billy Elliotts, the Full Monty dancers and others. The film is strong in portraying the aspirations of a dreamer but then keeps it real with a late turn I won’t reveal here. Enjoy the acting by the strong cast, the peeks at the stations on the road to fame and the plentiful country music. The tunes range from classic (Hank Snow and others) to current (Kacey Musgraves and Kelly Clarkson). Buckley belts them out like she belongs. (Park Theatre) 3  out of 5

BECAUSE WE ARE GIRLS: There’s a stunning confrontation at the climax of this film and it’s all the more powerful because it’s real. The camera is there to watch as three sisters verbally attack their parents about the sexual abuse they knew about but didn’t stop. The tension gets extreme with the loud outbursts, accusations and  crying (“I was drowning”) and the candid explanation from the father  that “in our culture we always blame the girls.” That pretty well encapsulates the situation of many women in BC’s Indo-Canadian community, this documentary by Vancouver filmmaker Baljit Sangra suggests. 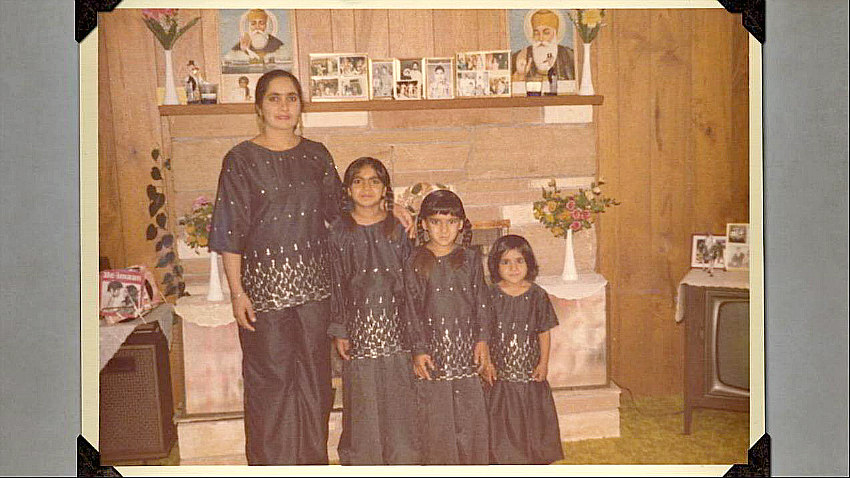 The story reaches years back. The three girls in Williams Lake were sexually abused by a member of the extended family living in their house. They told their parents but got no support and years later complained again, this time to get the fellow charged. He was convicted but the case dragged on. The film listens to the girls, chiefly Kira, who claims she’s always been the rambunctious one, i.e. outspoken. Her talk about what happened and their efforts to be heard is blunt and highly emotional. The film was cancelled from VIFF last fall because of the on-going court proceedings, played at DOXA in April and is now at the VanCity Theatre for four screenings. Baljit Sangra, the director, will be there Fri and Sat to talk about the case and how she managed to film those highly-charged scenes.  4 out of 5

TOO LATE TO DIE YOUNG: This film from Chile shows the same tendencies that flourish in modern novels. Don’t tell, let them figure out what it’s about for themselves. We saw something like that in Roma too; scenes and incidents that ramble on against each other without a narrative drive that could keep you glued. But that was a better film; the characters were more interesting. This one has a boring one at the centre. It had a more compelling political background. This one, though set in Chile just as the country was emerging from a long dictatorship, doesn’t mention it. Maybe audiences there know enough to fill in the missing information but we’re left wondering who are these people, artists mostly, who live in this rural colony? How did they get there?

The director, Dominga Sotomayor Castillo, doesn’t explain and is content with letting it be an idyllic but scattered portrait of everyday life there and of a teen girl’s growing up. There are problems with the water supply; a dog goes missing and is found at a house nearby; everyone is expected to prepare a song for a New Year’s party. Sofia, chooses one by The Bangles and performs it with a wistful sadness. She’s dreaming of moving to the city to live with her mother, a professional singer. Why her parents split, we don’t know. Her relationship with a teen boy is getting beyond flirtatious. But here too we get unconnected scenes, not development. Two story lines—hope for mom to show up for the party and a disaster that threatens this paradise—are too brief or too late. (VanCity Theatre) 2 ½ out of 5