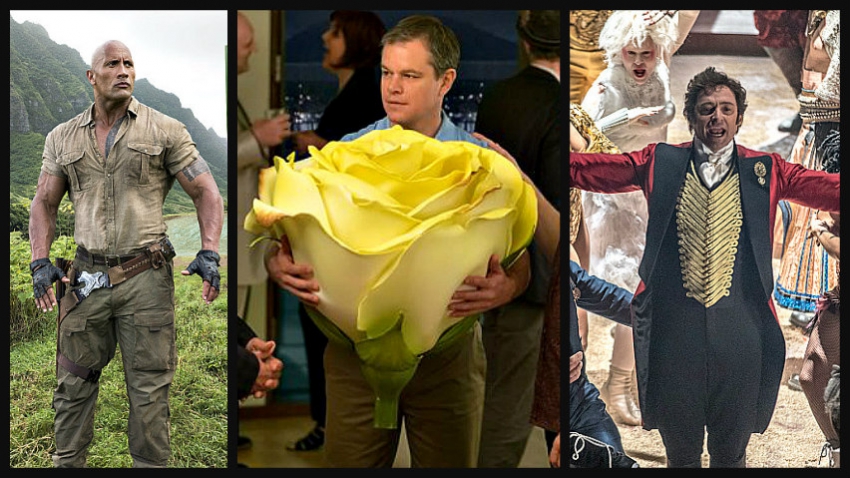 Also Pitch Perfect 3 and All the Money in the World

The big movies keep coming but who’s got time to go see them right now? Maybe next week. The space between Christmas and New Year’s is one of the busiest times of the year at the theatres.

These are the new ones that are, or will be, available:

ALL THE MONEY IN THE WORLD: It’s quite a feat Ridley Scott has pulled off here. After the film was finished, he removed all of Kevin Spacey’s scenes and re-shot them with Christopher Plummer. They’re not short bits with a secondary character either. They’re key scenes, often extended and with several characters in them. He filmed them in only a few days and yet you cannot tell their separate origin. That alone makes the film worth seeing. The main one though is Plummer’s performance as crusty skinflint J. Paul Getty, who at the time, 1973, was called the richest man on earth. He made his money in Saudi Arabian oil. 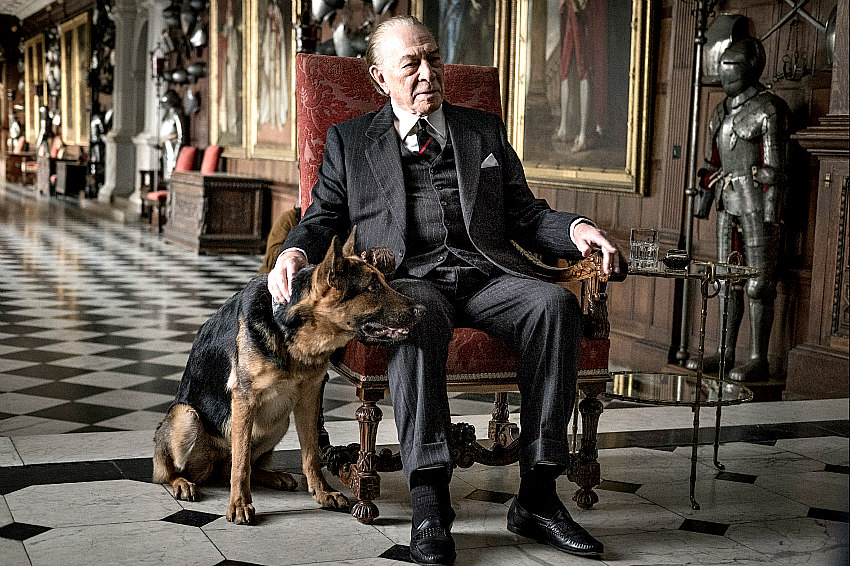 Plummer plays him like another Scrooge. He doesn’t like interacting with people and prefers to buy “things.”  Art works for instance (later the nucleus of the Getty Museum in Los Angeles). But when his grandson (Charlie Plummer, no relation) is kidnapped in Rome and his ex-daughter in law (Michelle Williams) appeals for him to pay the ransom, he coldly refuses. It’s like all the other pleas for money he gets and turns down. Pay once and there’ll be more. He does assign a staff security agent and ex-spy (Mark Wahlberg) to find the young man. We get to see the kidnappers and the corrupt circles they move in. We get recurrent talks about the lure and the curse of money. And we get a film that bogs down to a crawl for stretches in the middle a fails to stir up any suspense. The story was worth re-telling though. (International Village and a few suburban theatres, starting Christmas Day) 2 ½  out of 5

DOWNSIZING: There are a lot of relevant, urgent even, ideas in Alexander Payne’s latest but they don’t fit together properly.  It’s not clear what the message is because, unlike his better films like Sideways and Nebraska, the scenario skips around so much. Initially it’s another fantasy solution to what it calls the central problem facing our planet: overpopulation. There’d be less climate change and pressure on our resources if there were fewer people, or, thanks to Norwegian scientists, if people were smaller. They find a way to shrink them to five inches and in 15 years or so capitalism has seized on the process and developed entire communities for such people. 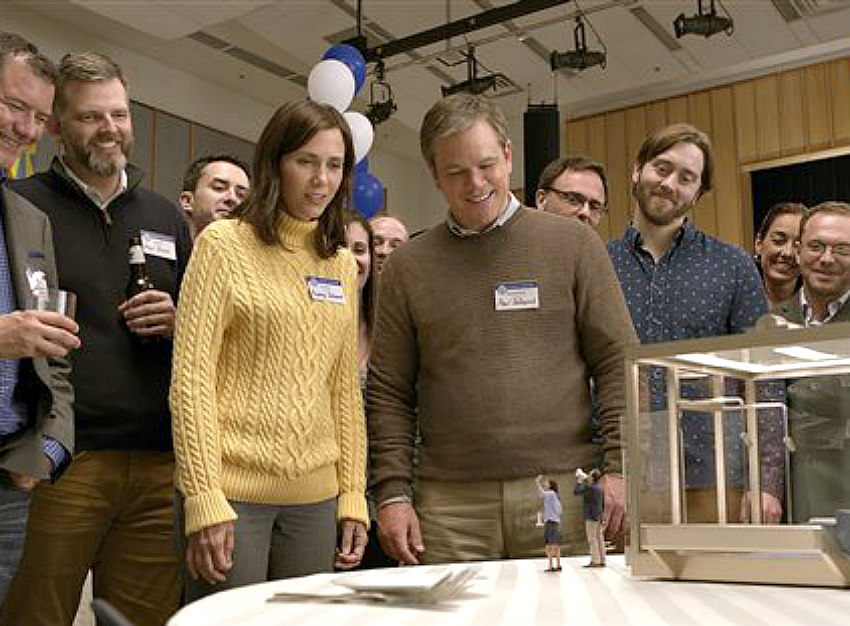 Matt Damon and Kristin Wiig play a couple who go for the procedure. She backs out and he’s left to experience the downside. Number one: a class structure forms even in this idyllic colony. He’s comfortable; the cleaning staff live in rundown slums outside. One, played brilliantly by Hong Chau, is from Viet Nam, formerly famous in the news, now on a prosthetic leg and demanding of Damon.  She thinks he’s a doctor. His upstairs neighbor (Christoph Waltz) is a cynical European who likes to host noisy parties and has found a way to profit in the tiny world. “Land of opportunity,” he proclaims. There’s more. A scientist says the next extinction is happening anyway and a cult gathers to survive in caves. It’s an entertaining film, with glossy production values but scattered thinking and an attitude that‘s hard to make out definitively. (International Village, Marine Gateway and a few suburban theatres) 3 ½ out of 5

JUMANJI: WELCOME TO THE JUNGLE: You’ll be hard pressed to find a more fun movie this season. This one is rambunctious, colorful and much like big screen adventures of old, but with some modern twists. Both in the 1995 original and this follow-up, people play a game that forces them to survive many perils in order to win. In the old board game they came spilling out at them. Now in 2017, it’s a video game and it pulls them in. Four teens are chased by rhinos and a horde of bikers and are charged with getting a pilfered jewel back onto a statue to save themselves and to win the game. 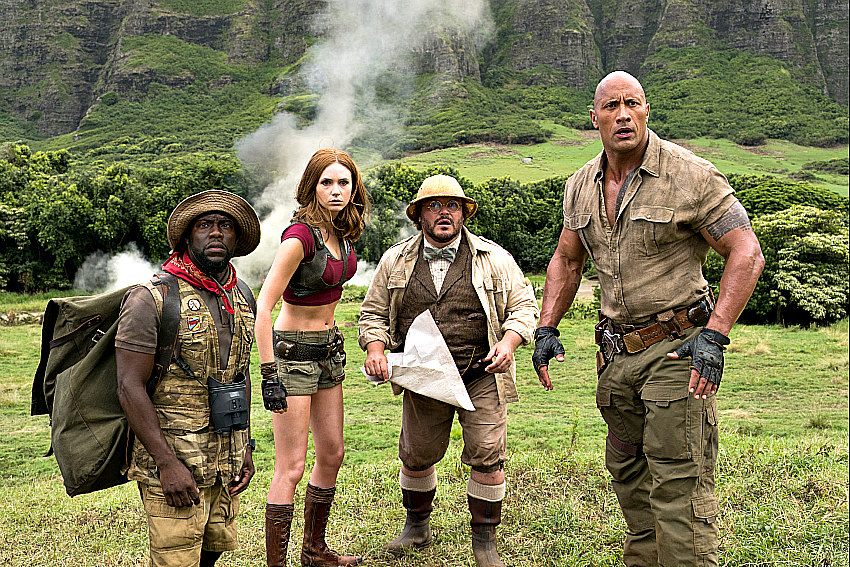