THE OCCUPANT: This brand new one on Netflix is a creepy psychological thriller that manages something rare. It gets us to sympathize with a perpetrator who is systematically destroying another man’s life. He thinks it will get him back the life and status he has lost. We’re with him all the way. He’s a former advertising executive, now unemployed, humiliated in a job interview (too old) and having to move his family out of the ritzy apartment he can no longer afford. He goes after the man who moves in there. 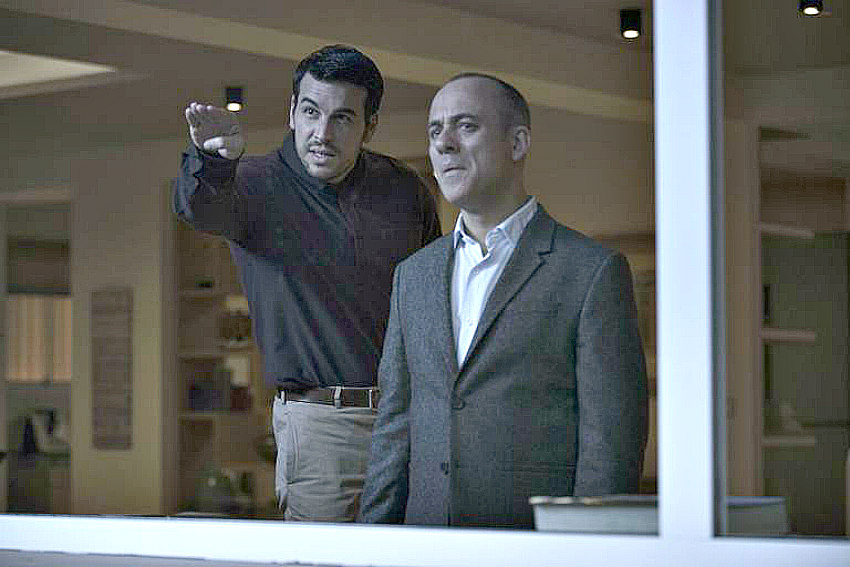 He (Javier Gutiérrez ) befriends him (Mario Casas), attends AA meetings with him, has him be his sponsor and meets his family over dinner. He infiltrates himself into his life and bit by bit disrupts it, a progression that is fascinating to watch. The scheme starts shaky but ends logically. I can’t tell you where it leads but it’s cleverly written by the two directors, David Pastor and Àlex Pastor. They’ve made and set it in Spain, where they’re from (they now live in the US) and that leads to a problem. The voices are dubbed into English, often well but at key points not so. At those times you’re pulled out of the web of entitlement, class differences and anti-social behavior that the film is spinning. It’s no classic but suffices as a good diversion. (Netflix)  3 out of 5

RESISTANCE: The facts recounted in this film are more interesting than the implementation. Well, except that is, until it becomes a tense thriller in the later going. Before that we watch a young Jewish man in France (played by Jesse Eisenberg) entertain children, perform in a cabaret and argue with his father who wants him to be a butcher not “a clown.” Then the Germans march in (it’s World War II), the young man joins the resistance and alters his passport to read Marcel Marceau. Yes, the man who would later become the world-famous mime. Here, recruited by an ardent activist and sometimes girlfriend  (Clémence Poésy ) he helps smuggle Jewish orphans to safety in Switzerland, a story that US Gen. George S. Patton (Ed Harris) tells to a crowd of G.I.’s and we see in flashback. 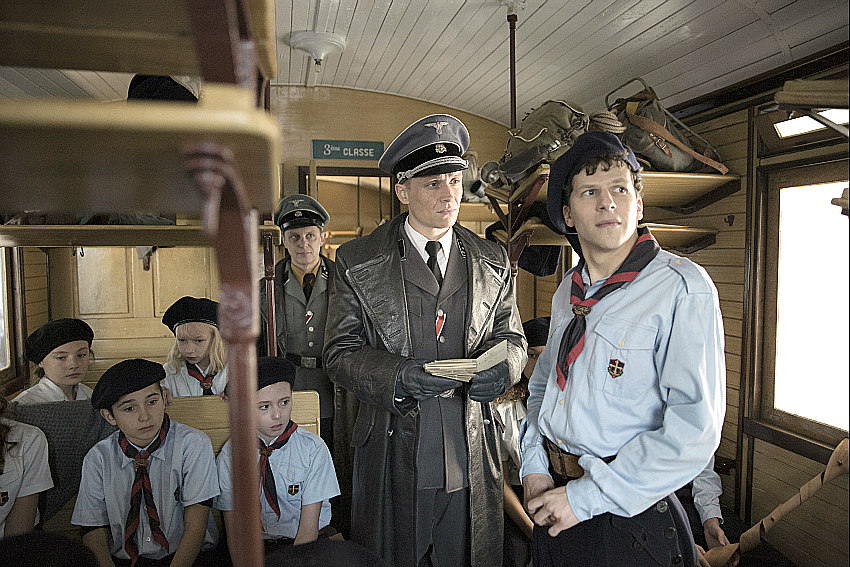 Eisenberg is agreeable as Marcel, but not particularly compelling. His performances aren’t loose enough and his pronouncements (“I’m ready to fight”) aren’t all that passionate. Maybe we’re just too familiar with him as a laid-back, easy going guy. Clémence Poésy is the real inspirational voice and like so often in the movies, a bad guy makes the biggest impression. That’s Klaus Barbie, played with smooth and deep menace by Matthias Schweighöfer. The film has him play piano and shoot people at the same time. Who can compete with that? Marcel is left as a well-meaning but mild character. The film made in the Czech Republic by Jonathan Jakubowicz, the Venezuelan hit filmmaker and best-selling author, is the same: committed but too much like many before. It’ll be on iTunes starting Tuesday. 3 out of 5

VIVARIUM: The dread and fear of growing up and becoming responsible parents and homeowners are portrayed here with a cocktail of moods. At times this film is amiable, absurd, surreal and creepy. Never did I feel it was real, let alone funny enough or scary. Nor does it build on the meaning of the title: a pen to keep animals in for study. 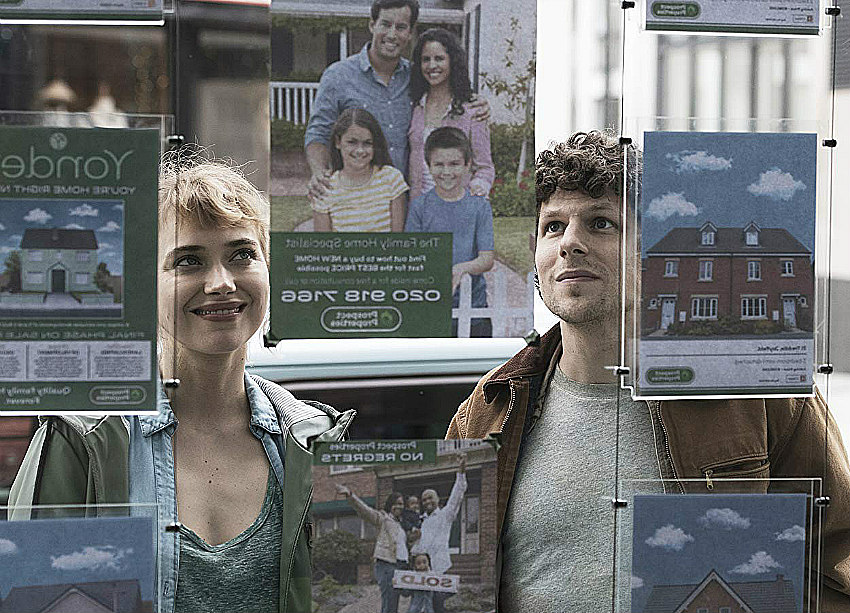 Jesse Eisenberg  and Imogen Poots  play Gemma and Tom who visit a realtor’s office to talk about buying a house in a new subdivision called “Yonder.” The unctuous guy sends them to a street where all the houses look exactly the same and all the streets do too. They should have known. A billboard says “Quality Homes Forever.” They find out why, when they try to leave. They can’t. They always end up back at #9 which is fully furnished for them and supplied with food and clothes. Then they find a baby in a box on the front steps; it grows into a screeching kid in no time and soon into a teenager. Tom meanwhile digs a hole in the front yard, for no reason that’s ever explained. A break-down?  Maybe. This film doesn’t expand on that; it merely illustrates yet again all that anxiety about settling down in suburbia, this time in England, written and directed by an Irishman, Lorcan Finnegan. It was to open in theatres today but is on Apple TV and on demand at iTunes instead.  2 ½ out of 5