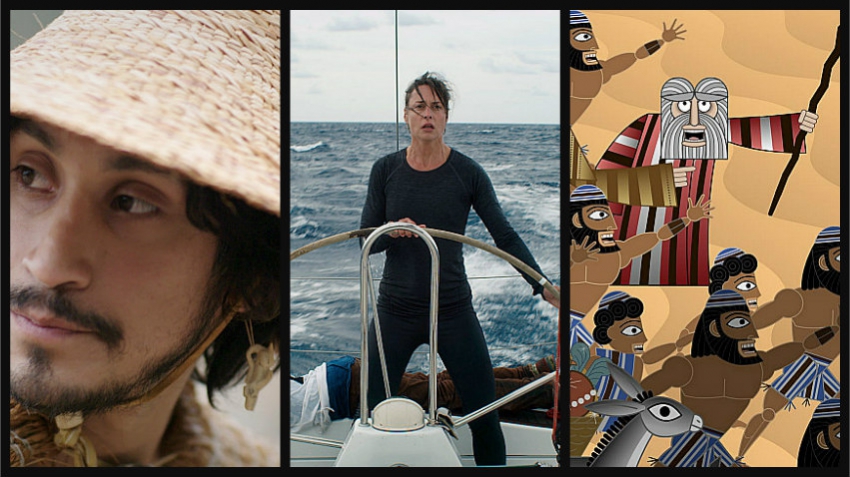 Also an edifying rural tale by a master Iranian filmmaker

My VIFF picks for the next two days include several I’ve already recommended, Colette, Le Grand Bal, What Walaa Wants, This Mountain Life and the film about Jane Goodall, with her in attendance, plus these new and very good choices:

Edge of the Knife

EDGE OF THE KNIFE: This is a landmark film in at least two ways. It is entirely in the Haida language. I think that’s a first. And its creators see it as a modern continuation of a long storytelling tradition among the Haida. That’s something of a mission for its two directors, Helen Haig-Brown (who has already pursued it in a few documentaries) and Gwaii Edenshaw, who’s a carver and naturalist, has been working on an internet series and has a notable family connection. His dad is Guujaaw, the former president of the Haida council. Better than all that, the film is gripping, exciting and visually stunning. 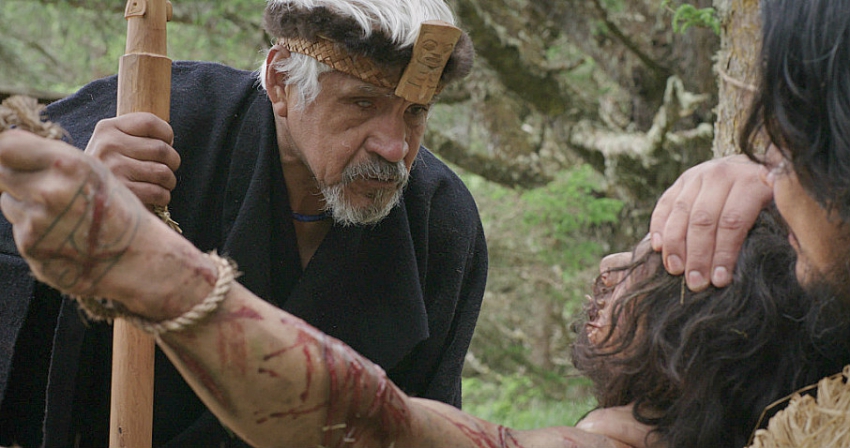 The story is from a 19th century legend. Tyler York plays one of two friends from different clans. He inadvertently leads to the death of the friend’s son on a fishing trip. He’s heartbroken, heavily criticized and tormented by remorse. He disappears into the forest where spirits attack him and he turns into the wildman of Haida mythology called Gaagiixid. A tense search starts because he has to be rescued from himself with a sort of exorcism. York is terrific as the guilt-ridden fugitive; William Russ plays his friend, who is quite naturally tempted to avenge his son’s death. This is high drama and very modern in both pace and look. (It screens this evening, Wed., and Friday morning).

STYX: This is the second of two very good films from Germany that I’ve seen at the festival this year. (The first was Transit which gets another screening on Monday). Styx does something that films should avoid but here it works perfectly. It takes forever to get to the real story. Instead of the migrant crisis, we get sailing scenes for the longest time. A young woman (Susanne Wolff), who we learn early on is a doctor, is on her way down the coast of Africa to an island that Charles Darwin helped regenerate. We see her set the sails, chart her course out in the open ocean, do night sailing, steer through a storm, all shot so beautifully it’s invigorating to watch. You feel you’re there. 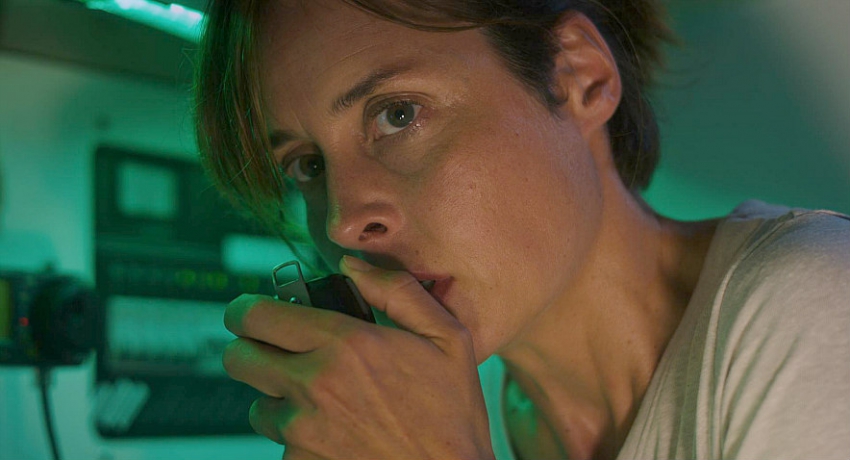 Then she sights a migrant boat in trouble. It’s not moving. People are screaming and jumping off. One boy swims right to her boat. The rest of the film is about her efforts to get help. The coast guard won’t answer. When it finally does, it claims rules that stop it from coming right now. It tells her not to get involved because there’s nothing she can do to help. The film builds the tension and the frustration effortlessly but with the power to make you feel and think. (Screens Thurs evening and Saturday midday)

SEDER-MASOCHISM: Terrific. Sita Sings the Blues from 10 years ago wasn’t a fluke. Nina Paley has made another animated extravaganza adorned with quirky humor and plenty of music. This time she re-tells the story of Moses leading his people out of Egypt, a history that is celebrated annually in Jewish households with a dinner called a seder. 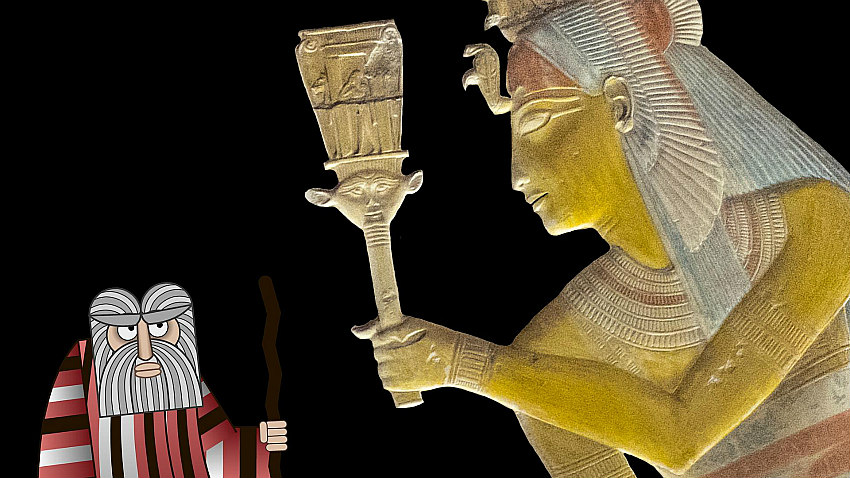 Her animations are intricate and complex, but always colorful. She’s got three threads to tell her story. Moses exhorting the Egyptians to let my people go (there’s a gospel song about that) and then guiding them home, encountering that burning bush and being handed the tablets with the commandments. Second, there’s Jesus, at the last supper, also a seder, recounting the chapters of the traditional Passover observance. And third there’s the philosophy Paley learned from her dad. In her animation he looks like God and talks like a not-always-sure uncle. “I bought all that stuff”, he says. “Just don’t push it down my throat.” That cheeky tone runs through the film. 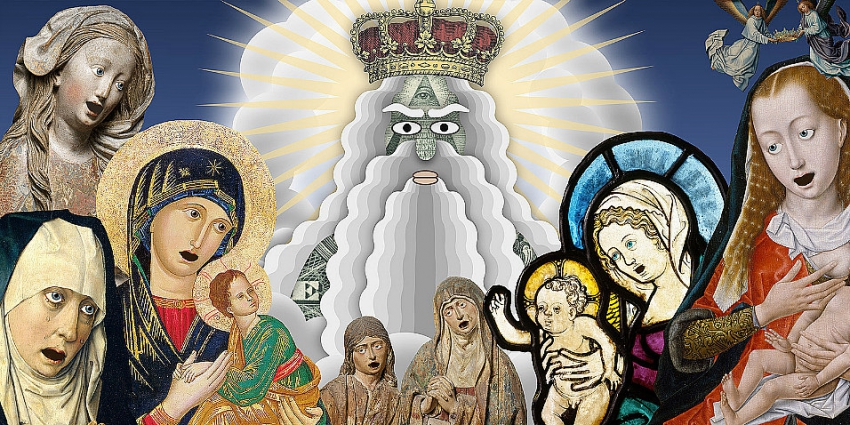 The songs, some by Moses himself, include old jazzy numbers, r&b, even disco. Christian symbols aren’t considered too reverently and there are flashes to modern news footage. Her message? She fervently supports Israel and then decries the recurring violence. It’s a fun ride with a serious summation. (Tonight, Wed, and tomorrow, Thurs, morning)

3 FACES: Here’s another very good one from Jafar Panahi, the Iranian director who is not allowed to make films but manages to do them anyway. This time he and his wife Behnaz are in the lead playing basically themselves, a director and an actor. They receive a cell phone video of a young woman committing suicide but since it’s not clear if it actually happened or how it ended they drive out to the country to find out for themselves. 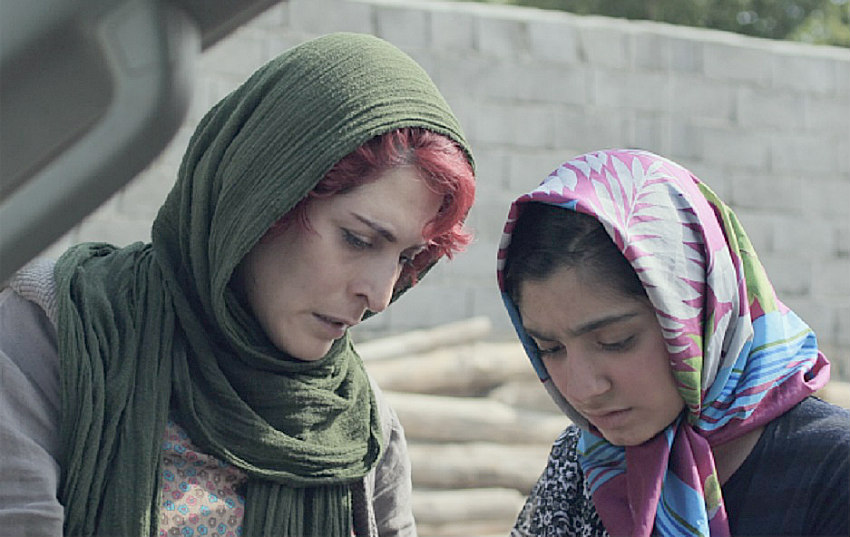 They do find the answer but along the way see and show us a great deal of what life is like in rural Iran. Tiny villages are neglected by the central government. The roads are sometimes country paths with only one lane that’s apt to be blocked by livestock or, in one scene, a dying bull. The society is backward, fully patriarchal. Old men tell rambling stories about the need for strict rules. They forced the young woman to rebel and that made her family, and her whole village in fact, lose face. It’s an intriguing portrait of the society, beautifully presented, both visually and in the dialogue, empathetic mostly, critical sometimes and in at least one sequence absurdly quaint. It’s a simple story but entirely captivating. It won a best screenplay award at Cannes.  (It screens Wed evening and again next Wed afternoon)