Movie recommendations for the last three days of VIFF 2013 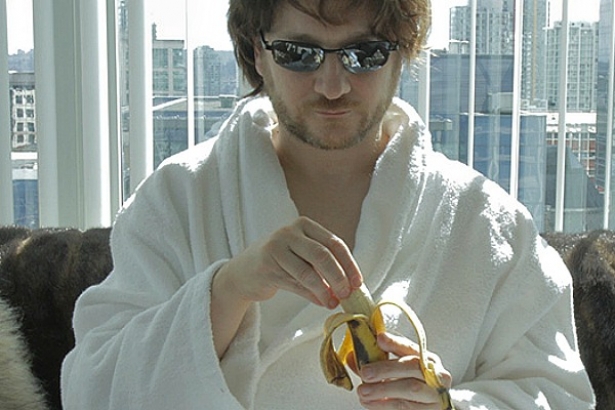 The VIFF judges picked The Dick Knost Show as their best B.C. Film

I start with three B.C. films today. The best one at VIFF, according to the judges, a comedy with  Vancouver real estate developers and a tribute to a beloved actress.

After that, there’s a South African Romeo and Juliet story, an appreciation of water and a modern horror movie.

And as an extra, there’s a film I haven’t seen yet – I’ll write about it in a couple of weeks. Wadjda, from Saudi Arabia, has many calling it a masterpiece.

THE DICK KNOST SHOW: Bruce Sweeney is back in shape. He’s got his mojo back. After a couple of middling seasons he’s brought us a very funny satire about celebrity and self-importance in the field of broadcasting. Stretch just a little and you can see it mirrors much else in the world around us. The fact that it’s visibly set in Vancouver is an added bonus. 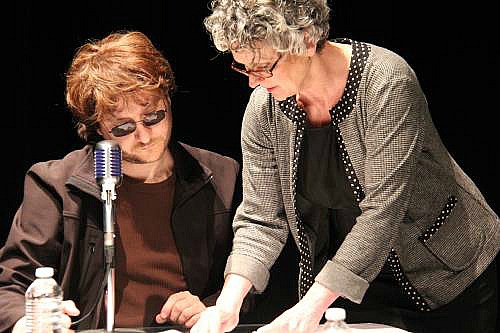 Tom Scholte plays the title character, the host of a TV sports-talk show; Gabrielle Rose plays the producer who has to keep him out of trouble. Not so easy since he’s opinionated, self-important and trouble-prone. A tweet to boost his ratings sends advertisers scrambling. His sneering at the dangers of concussions brings a blowback. He gets a concussion himself and a hated rival temporarily takes over his show. There’s an oh so accurate depiction of work on the show and clashes with higher ups, including the ambitious director of programming who has ideas on how to re-make the show. Scholte is suitably egotistical (“I don’t like to interview uplifting people”); Rose gets tough when she has to and John Cassini is spot-on in a short scene as a publicist who prohibits certain questions being asked of a star soccer player. Sports fans will enjoy how easily names like Rob Ramage, Doug Jarvis and Brian Skrudland are tossed into the dialogue. Fast-paced and wacky, it was judged the Best B.C. Film at VIFF.  (Screens Wed. and Fri.)

THAT BURNING FEELING:  This is also a comedy set in Vancouver, not as madly funny as Dick Knost but a good example of a trend I like. That’s setting the fun in front a real, contemporary situation. Here it’s property development in Vancouver, razing older buildings to build yet more condos.  Our protagonist (played by Paolo Costanzo) trumpets his skills as a salesman. The properties in his TV ad are called “Hobo Lofts.” His next job, assigned by his developer boss, played by US import John Cho, is to get a community centre condemned so that more condos can be built. 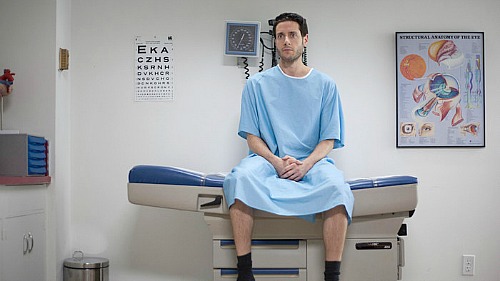 In front of the Vancouver real estate story which includes an Occupy Eastside demonstration, we get his personal problems. He gets that sensation of the title, is diagnosed with gonorrhea  and told to inform every woman he’s slept with recently. That includes a lot of one-night stands. Most don’t want to see him again but there is also a new woman who he falls for. She’s an activist at the community centre he’s trying to destroy. Ingrid Haas, who plays her, has a vibrant screen presence. Jay Brazeau plays a wacky doctor and Tyler Labine plays a wacko neighbour. The film is shot and edited to be bright and glossy. (Fri.)

DOWN RIVER: Here’s the companion piece to Chi, and in a way the missing piece. Both films pay tribute to a local favorite, actress Babz Chula, who died of cancer in 2010. Chi deals with her search for a cure on a trip to India and her death. I didn’t get enough from it to explain the adoration she aroused among her colleagues. Her good friend Ben Ratner fills in that gap with this fictional treatment of a woman just like her. 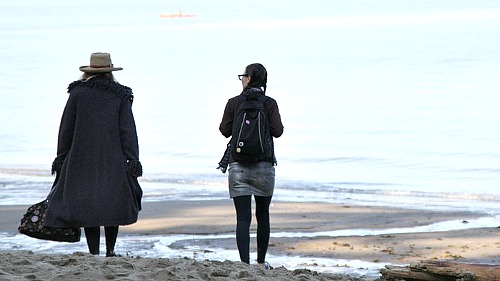