New action with Tom Cruise, our Academy Awards hopeful and the return of a classic 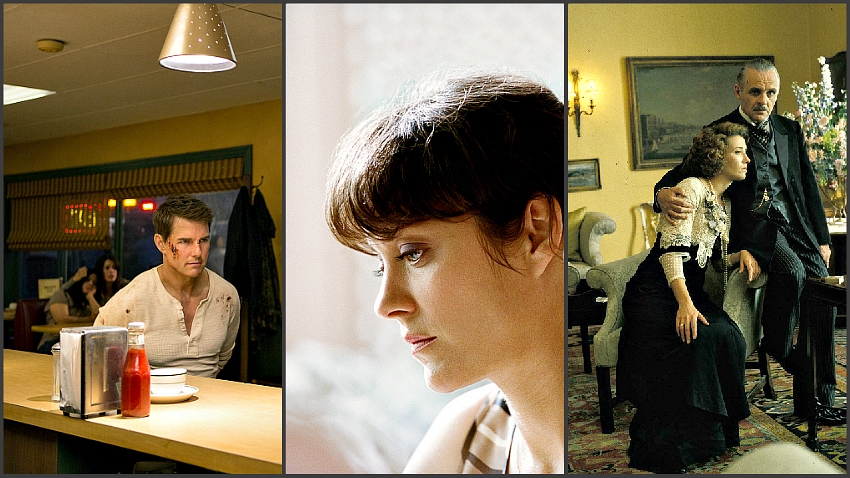 And much more: two glimpses inside North Korea, a cool Canadian film, a cameraperson’s scrapbook and  Ewan McGregor’s shaky debut as a director

Would you believe it, there are 11 films opening this time. Yes, one of them is old but Howard’s End is also the best of them. And there are three also-rans down at the end that I haven’t seen.

The Lovers and the Despot: 4

Keeping up With the Joneses: --

JACK REACHER: NEVER GO BACK: I would have thought that when you have a rootless wanderer like this character who in book after book arrives unannounced, clears up a tangled plot and then just walks off down the road, there’d be more of a mythic aura in a film adaptation.

Not so. This is ordinary, unexceptional stuff, entertaining enough, like the first film four years ago, but not at all memorable. 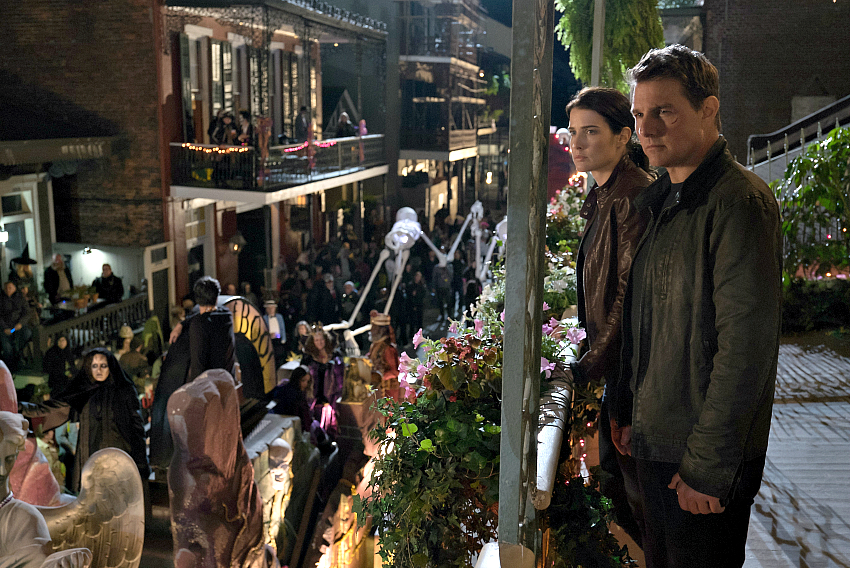 Tom Cruise plays the ex-U.S. army cop without much spark. (There’s more in his Mission Impossible films). That would be OK if he was trying to show a film-noir pessimism but I don’t feel that here. It’s a standard crime drama, set in the military and therefore known as a conspiracy and pretty easy to figure out before Jack does. He and the woman who now does his job at a Virginia army base (Vancouver’s Cobie Smulders) are tossed in jail, escape and are on the run to New Orleans. Two plusses here:  Patrick Heusinger is terrifically menacing as the thug who does most of the chasing and the fight when he and Jack get at it, all groggy after falling of a roof, is brutal, like UFC I imagine, and realistic. Highlights are rare in this film. (Scotiabank, Marine Gateway, IMAX at Riverport and suburban theatres) 2 ½ out of 5

IT'S ONLY THE END OF THE WORLD: Our submission to the Academy Awards and winner of the second-place prize at Cannes. The latest from Quebec whiz kid Xavier Dolan. Enough reasons there to go see it, right? Well, think a bit more. How’s your home life? Are you not getting  into enough family arguments? Do you need more? Because that’s all you get in this one. They start soon after our main character steps in the front door and never let up. 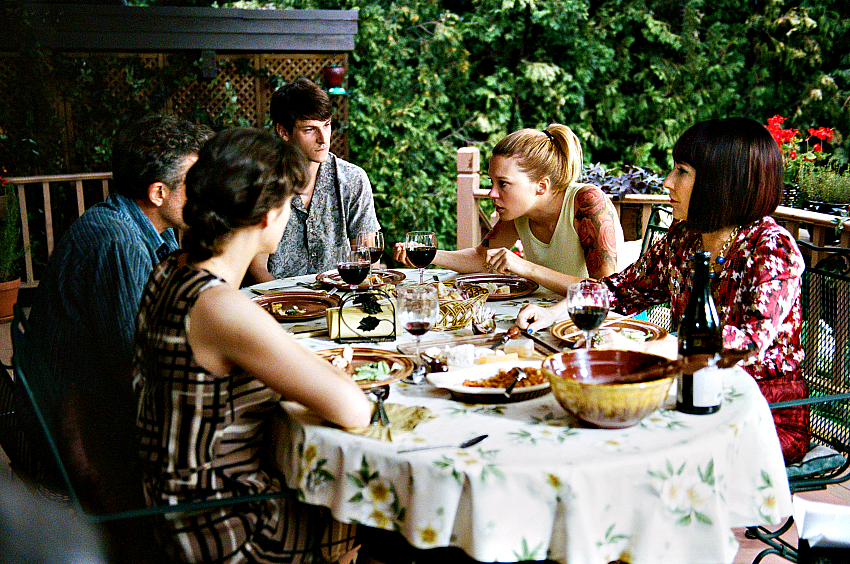 A playwright (Gaspard Ulliel) visits his family home for the first time in 12 years to announce he’s dying. He never gets around to it because everybody else starts talking. Mom (Nathalie Baye) is overbearing and tells rambling stories; sister (Léa Seydoux) is an insecure pothead; brother (Vincent Cassel) is angry with some old grudges and keeps interrupting while his wife (Marion Cotillard) is sheepish and an ineffectual peacemaker. The cast, all from France, though the film was made in Montreal, are each very good and the group dynamics they perform are entirely possible, common even and resonant for some. Put together in a collective, though, with rancor this prolonged, it gets wearying. (International Village) 2 ½ out of 5

HOWARD’S END: It’s been 25 years since the Merchant-Ivory team sent us this masterpiece and it’s back in a sparkling restoration in the high-resolution format called 4K. Tech facts aside though, does it stand up as a film experience? It sure does. There’s even talk of matters that feel current for us, real estate values and demolishing grand houses to build garish bigger ones. 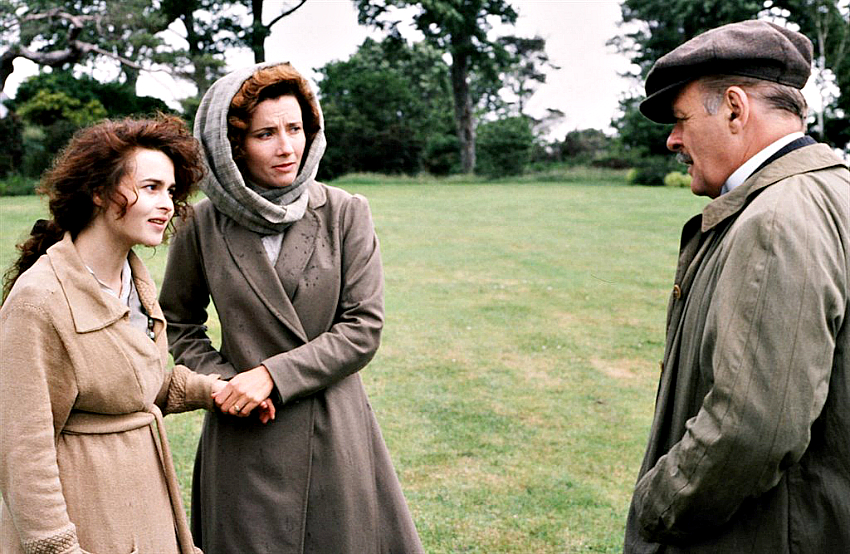 The main theme is the class structure, as E. M. Forster described it just before World War I in Edwardian England. There’s an upper level busy with finance and commerce and represented by Anthony Hopkins;  a middle level with Emma Thompson and Helena Bonham as socialites with a conscience and the level below, where Leonard Bast, played by Samuel West, works as a clerk for an insurance company. The three classes are pushed to interact by a wrongly-taken umbrella, a financial tip and different ideas about an ancestral home. The drama gets emotional, though generally polite and reserved. The acting, pacing, everything, are superb. The film was nominated for nine Academy Awards and won three:  Best Actress (Emma Thompson who also won a Golden Globe and the British BAFTA), Screenwriting and, because it’s a beautiful film, Best Art Direction. (Park Theatre) 5 out of 5

MEAN DREAMS: Teenagers on the run. We’ve had a lot of them. Steven Spielberg, Terrence Malick and others have worked the genre and here’s a pretty good, though derivative, one from Nathan Morlando in Ontario. Two fresh-faced young kids (Josh Wiggins and Sophie Nélisse)live on adjoining farms and fall in love. That riles up her father a corrupt cop who not only lives on a slovenly property but makes deals with bikers, selling them confiscated drugs we presume. 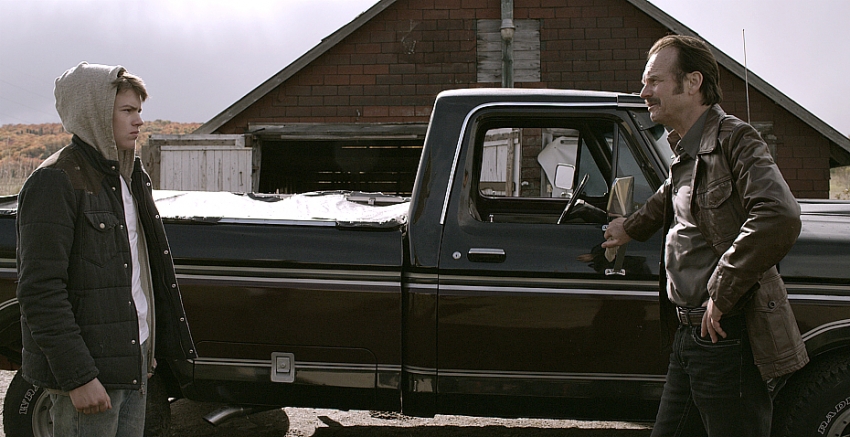 The kids steal his money, run off to among other places The Shady Rest Motel and her dad comes after them. He’s played with scenery chewing terror by Bill Paxton.  Colm Feore plays his boss with just as much corruption in his make up. “It’s gonna get mean,” Paxton says. It does but in a light, artificial way. There’s suspense, intense proclaiming, lots of rural atmosphere but nothing too grim. Filmed in Sault Ste. Marie, this is one of the better Canadian films of the year.  (International Village) 3 out of 5