New action with Tom Cruise, our Academy Awards hopeful and the return of a classic

CAMERAPERSON: This something of a collage and though I’m not sure whether it’s meant to say anything as a whole it is fascinating to watch and arrive at your own interpretation. The ethics of peering at people’s troubles with a documentary camera is a possible one. A lot of that goes on in this compilation of 25 years of what Kirsten Johnson calls “memories that leave me wondering still.”

She’s a go-to cinematographer for many documentary filmmakers. She was there when Snowden talked in Hong Kong. She’s been to Darfur, Uganda, Bosnia and other spots in turmoil. She’s got Michael Moore in one clip, an angry young boxer in Brooklyn before and after he felt he was “robbed” in the ring and her own mother on a sheep ranch in Wyoming three years after an Alzheimer’s diagnosis. It’s like a personal scrapbook with consequence in every item. (Cinematheque) 4 out of 5

UNDER THE SUN: Most of what we hear about North Korea involves missile tests or food shortages. Here’s a closer look at real life there but you have to watch it carefully to see what the filmmakers are trying to show you. Sure there’s color, wide streets, people cycling, parades, a bright clean home with a table crammed with food. And there’s a ten-year-old charmer named Zin-Mi . The film by Vitaly Mansky from the Ukraine follows her progress. 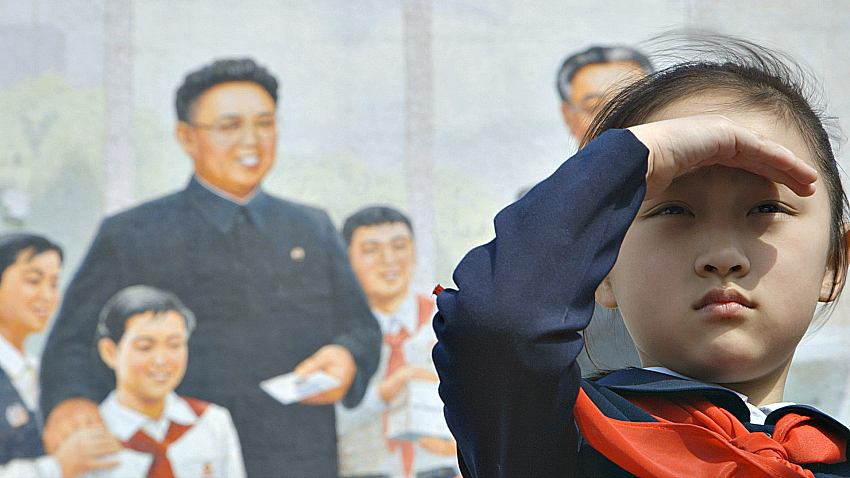 Mansky foiled the regime, which provided the script and the cast and had refusal rights, by rolling film before and after the scenes that were planned out. So we get Zin-Mi at home, preparing to join The Children’s Union, at school, learning about the three “respected leaders and generalissimos” who have ruled the country and finally, speaking at a rally. We see her father supervise a garment factory and a veteran of the Korean war describe Americans as cowards, only interested in survival and getting back home. But over on the edges we see the Korean handlers step in now and then ordering scenes be re-shot. “Loudly and joyfully,” one orders. A boy’s yawning and a tear on Zin-Mi’s face tell much more. Mansky told CBC radio that North Korea is more repressive than Russia during Stalin’s time. His film doesn’t prove it, but the visual hints are there. (Cinematheque) 3 ½  out of 5

THE LOVERS AND THE DESPOT: Before Kim Jong-un, his father Kim Jong-il was the “respected leader” of North Korea. He was also a big movie fan, or maybe just a critic. He found the films being made there boring, always with the same ideological plot and too many crying scenes. So he re-built the industry. He had a couple of filmmakers kidnapped from South Korea, jailed briefly for indoctrination and set to work. This highly entertaining film tells the story like a thriller and illustrates it with lots of clips.

Shin Sang-ok and actress Choi Eun-hee were big in the south, married for a time, and then divorced. He suffered financial problems. In the north, where Kim welcomed them with a terse “Thanks for coming”, they got the resources they needed, made 17 films in a little over two years and enjoyed themselves. “There’s acting for film and there’s acting for life,” she rationalizes in a new interview. He died ten years ago, but their children, a few critics and a US foreign service guy add to the story.  Catch this one. (VanCity Theatre starting Monday) 4 out of 5

AMERICAN PASTORAL: Anybody who lived through the time of the Vietnam War can understand,  whether they experienced it or not, how families were torn apart. Philip Roth won a Pulitzer Prize for the novel that evoked it. Ewan McGregor left me mostly un-moved with this film version, in which he stars and debuts as a director. He tries to pack everything in and loses the unity we need to take it in. 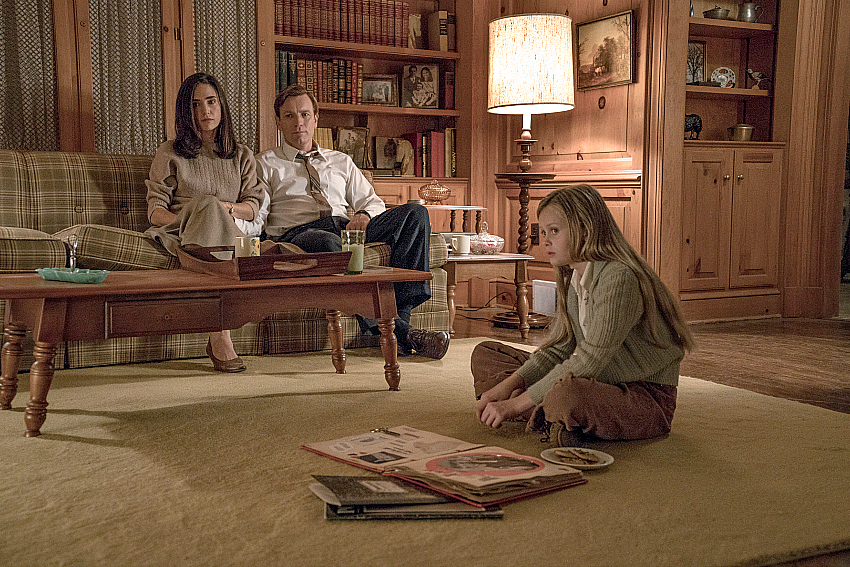 He’s a former athlete known as “The Swede” who takes over his father’s glove factory in a Jewish neighborhood in Newark, New Jersey, marries a beauty queen (Jennifer Connelly) and has an adorable daughter who develops a stuttering problem. Something about competing with mom or yearning for dad. When she’s older, and played by Dakota Fanning, she’s got a Dylan poster on the wall, sneers at LBJ on the TV and sets off a bomb in a local post office. Dad wants to find her before the police do and if that were the central plot, the film might work. But it aspires to analyze further about the breakdown of families, the social order and the country. That doesn’t connect and the film plays out somewhat lifeless though there’s enough hand-wringing and acrimony to feed a week of soap operas.  (5th Avenue) 2 ½ out of 5

The three new ones I haven’t seen …

OUIJA: ORIGIN OF EVIL: Two years ago a group of young people attracted a sinister force with the spooky board. This time a mother and her two daughters do the same through the fake séances they stage for a price. The youngest is possessed. What to do? This one is getting high marks on Rotten Tomatoes.  (International Village, Marine Gateway and suburban theatres)

KEEPING UP WITH THE JONESES:  That’s not that easy to do when they’re international spies. Zach Galifianakis and Isla Fisher find that out about Jon Hamm and Gal Gadot in this action comedy. How could such a good cast go so wrong? Rotten Tomatoes gave it only 15% as of last night and termed it “witless and largely laugh-free.” (Scotiabank, Marine Gateway and suburban theatres)

BOO! A MADEA HALLOWEEN: Tyler Perry’s no-nonsense granny Madea is back after a three-year hiatus. He says he was inspired by a Chris Rock movie that showed a parody poster and decided to make the film. She has to fend off ghosts, ghouls and zombies and at the same time watch over  (and probably lecture) a group of unruly teens.  (International Village)