New angst from Woody Allen, boxing by Jake Gyllenhaal and killer stories in 'The Look of Silence' 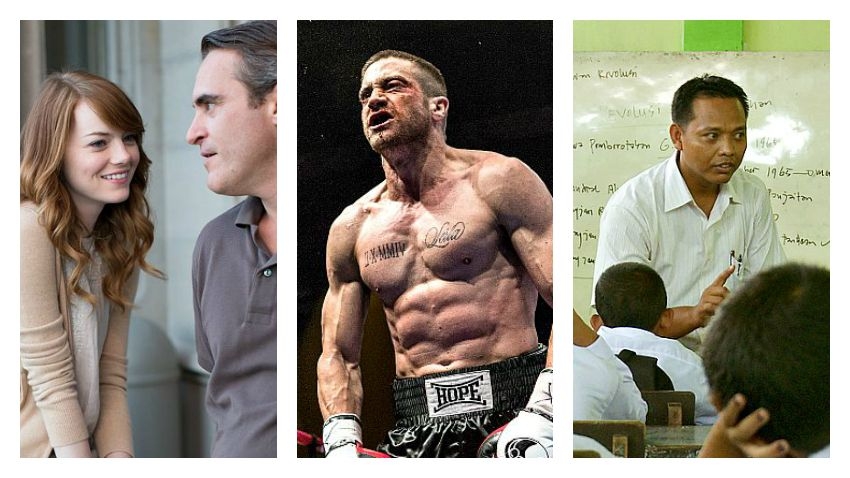 ... And much more, including a film all in sign language, a Scottish musical, a Chinese re-made rom-com, and the attack of killer arcade games from outer space.

Look at this: 10 new movies opening this week — 11 if you also count a rather delightful animated film for and about adults that the VanCity Theatre is showing twice only. It’s by Bill Plympton who calls it Cheatin.'  That’s almost exactly what it’s about.

Here are the others:

IRRATIONAL MAN: This is second-level Woody Allen. He toys with big issues, self-realization, ethics, existentialism, justified misbehavior and quotes Kant and Kierkegaard but comes up with not much more than a summertime trifle. A handsomely mounted, well-acted and entertaining one but just a trifling diversion just the same. 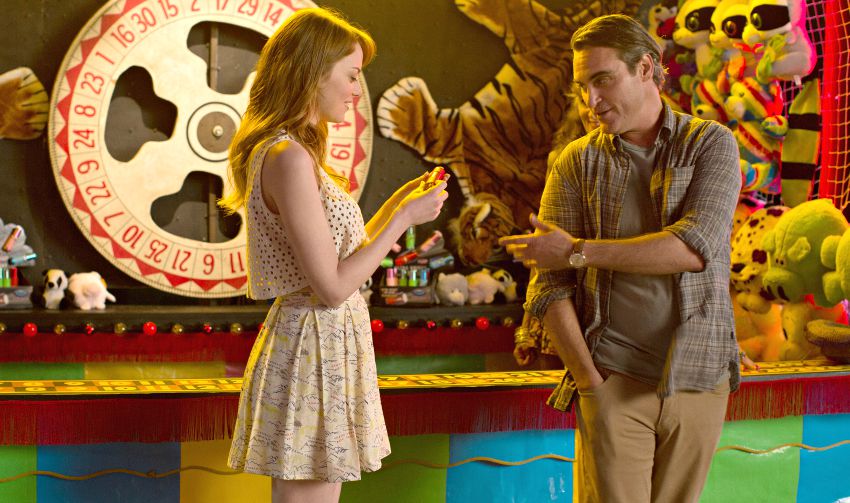 Joaquin Phoenix plays a philosophy professor newly hired at a Rhode Island University where he comes into the sway of two women. Emma Stone is a student fascinated with his moody reputation and him as both a mentor and a man of mystery. Parker Posey is a woman looking for some extra-marital spice. He’s no longer an activist and idealist and now has only bleak thoughts about the world. Both women offer to help but it takes an overheard conversation in a café that stirs him to action. The philosophical handwringing stops and gives way to a light and breezy perfect-murder plot. Emma Stone is wonderful as the infatuated young woman but Phoenix is the main attraction breathing charisma, disillusionment and self-loathing in equal measure.  (Fifth Avenue) 3 ½ out of 5

SOUTHPAW: If you’ve never seen a boxing movie this is a good place to catch up. All that’s ever been in them is here. This is the start at the top, fall to the bottom and scratch your way back up version. Jake Gyllenhaal, who was skinny as a ghost in last year’s Nightcrawler, has bulked up and strikes a respectable figure as a light heavyweight. 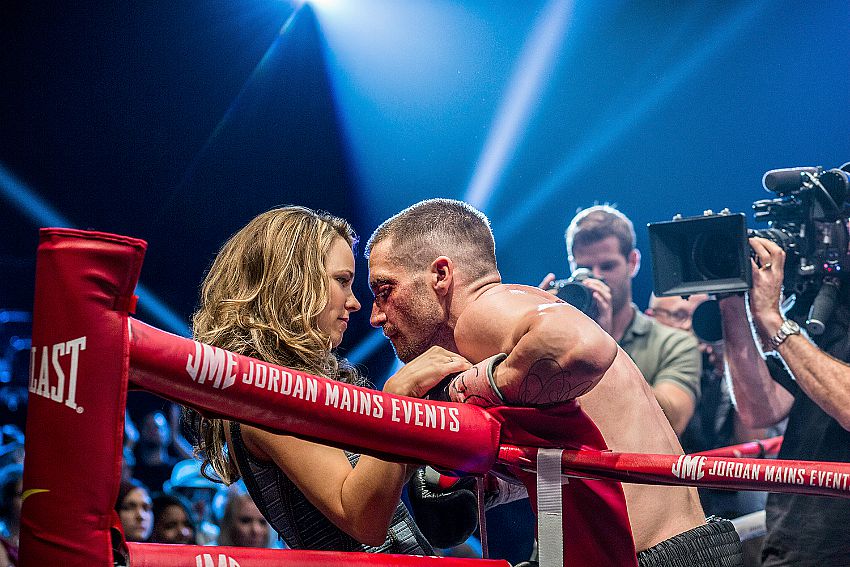 His acting performance, all intense and mumbly, is the film’s highlight. Second place goes to Antoine Fuqua’s direction of the boxing scenes. He’s a fan who’s boxed some himself and goes in close for every wham and bloody eye. The story is third. Jake’s Billy Hope (what a name) loses his wife (Rachel McAdams), his drive, his house, his manager (played by Curtis “50 Cent” Jackson) and his daughter (to the child welfare system).

How do you come back from that? A job cleaning toilets at a local gym is a start and guidance from the owner (Forest Whitaker) helps get him on his feet. But there’s still a brutal sweat-and-blood fight to go with an 11-year-old daughter watching and manhood and self-respect on the line. Exciting stuff, unless you’ve seen it all before. (Scotiabank and suburban theatres)  3 out of 5

THE LOOK OF SILENCE: It’s quieter but in a way even more astounding than the film it follows: Joshua Oppenheim’s multi-award-winning and Oscar-nominated The Act of Killing which played here two years ago. In that one, we saw men boast about, demonstrate and re-enact the massacre of Communists they took part in after a 1965 coup attempt in Indonesia. Survivors and relatives of their victims were still too scared to talk. Not entirely, it turns out. Oppenheimer got a few on camera and saved them for this sequel, chief among them an optician named Adi. (The metaphor is too good).