New holiday movies include The Wolf of Wall Street, Mandela and Inside Llewyn Davis 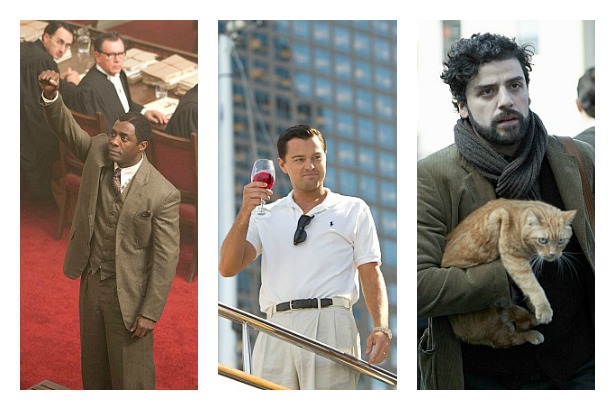 Christmas Day opens a full slate of new movies this year. Seven by my count, joining the many other holiday films already in theatres. It’s getting crowded.

The Wolf of Wall Street: 4

The Secret Life of Walter Mitty:  2 ½

THE WOLF OF WALL STREET: This one is definitely on my 10 best list. Maybe at the top. Imagine: a three hour movie that’s so captivating, with so much energy that you don’t even notice the time. Martin Scorsese is at the top of his form and Leonardo DiCaprio gives an exhilarating performance. He plays a real-life stockbroker, Jordan Belfort, who pushed penny stocks on unsophisticated buyers back in the 1990s, served almost two years in prison for his shady business practices and wrote two books about his escapades. (By the way, it was another inmate, Tommy Chong, formerly of around here, who advised him to do that). 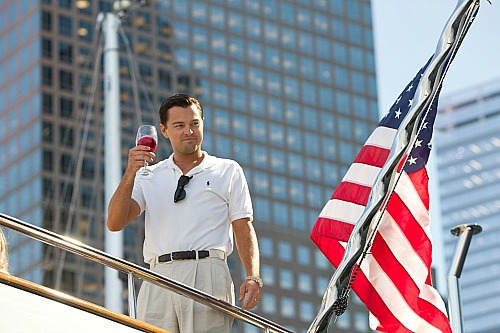 Belfort grew his small “boiler room” operation into a brokerage that employed a couple of thousand people.  DiCaprio plays him like an updated Gatsby, trumpeting the allure of money to the chumps on the phone and pep-talking his employees like some persuasive cult leader. Jonah Hill plays his smarmy right-hand man. Together they do lots of drugs and host orgies in the offices. “Cocaine and hookers were my friends,” he says. That’s ripe material for Scorcese who shines when he’s dealing with people who push themselves to the edge. He probably also saw it all before in Hollywood back in the 70s and 80s. So beware.  There is a lot of drug use, nudity and almost-graphic sex in this film and they’re depicted with jittery intensity. There’s also a big unspoken caution. This is “irrational exuberance” after all. Or greed, if you will. There are always people ready to jump right in and others working to lure them. These days, Belfort runs money-making seminars. DiCaprio narrates his story much like Henry Hill in Goodfellas, occasionally talking right at the camera, i.e. at us, flaunting his accomplishments with far more pride than regret. The film is also funny often enough that its Golden Globe nomination is as a comedy.(Scotiabank & suburban theatres) 4 out of 5

INSIDE LLEWYN DAVIS: A bit of advice will help with this one. Don’t expect a regular story arc. I did and was disappointed when I found not much happening. But only the first time. I saw it again, and knowing  more,  was able to concentrate on the film’s strengths, which are considerable. The Coen Brothers have fashioned an immersive portrait of a time and place –New York’s Greenwich Village in 1961 when  tiny coffee houses featured folk music by singers fervently pursuing authenticity and tradition. Bob Dylan was still a year away. The Kingston Trio were on the radio but guys like Dave Van Ronk growled down in the clubs. His memoir shaped the ambience for this film. The story though is pure Coen Brothers. 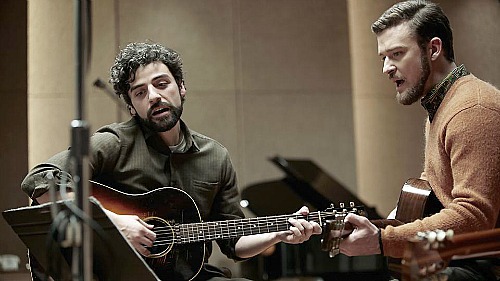 Llewyn Davis (played and sung by Oscar Isaac) is another of their hapless heroes. He’s trying to fashion a singing career but brings a string of misfortunes, big and small, upon himself. His record hasn’t sold, he may have gotten the wife (Carey Mulligan) of another singer (Justin Timberlake) pregnant and after a humiliating audition is told “I don’t see a lot of money here.” He abuses his friendships and generally acts like a self-righteous pill. And yet we’re attracted to him and hope for a corner to turn. The Coens give us his dilemma with a great deal of sympathy and sardonic humor and to make up for the thin story, as they explained at Cannes where they won the second tier prize, they “threw the cat in.”  It turns out to be an inspired symbol for everything Llewyn does wrong and lets happen to him. And a great running gag. John Goodman, F. Murray Abraham and Max Casella play recognizable types from the scene and several songs beautifully performed add to the re-creation of the time. (5th Avenue Cinemas ) 3 ½ out of 5

MANDELA: LONG WALK TO FREEDOM: Yes, we got Nelson Mandela’s whole story on TV and in the newspapers after he died earlier this month. We’ve seen much of it in other films too. Still, it’s worth seeing it again even though this version isn’t as comprehensive as it tries to be and has a few flaws. It is a handy overview of his life, beautifully visualized, stirring at times and blessed with a couple of great acting performances, Idris Elba as Mandela and Naomie Harris as his second wife, Winnie. It’s also too impartial and a bit too reverential. 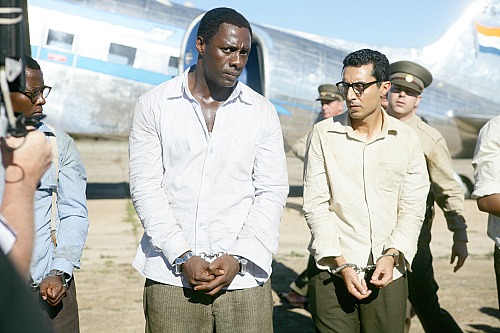