MIA MADRE: I hope you don’t doze of off before this Italian film manages to engage you. Give it a chance. Early on it doesn’t indicate where it’s going. It meanders through two parallel stories without showing how they are connected.

Eventually it does join them and you come to realize it’s a very personal story the director, Nanni Moretti is telling. His mother died at the time he was making his last film and in this one a woman director (Margherita Buy) is going through the same emotional ordeal. At the same time she has to deal with an underachieving daughter and a self-aggrandizing actor (John Turturro) who has come from American to be in her film. 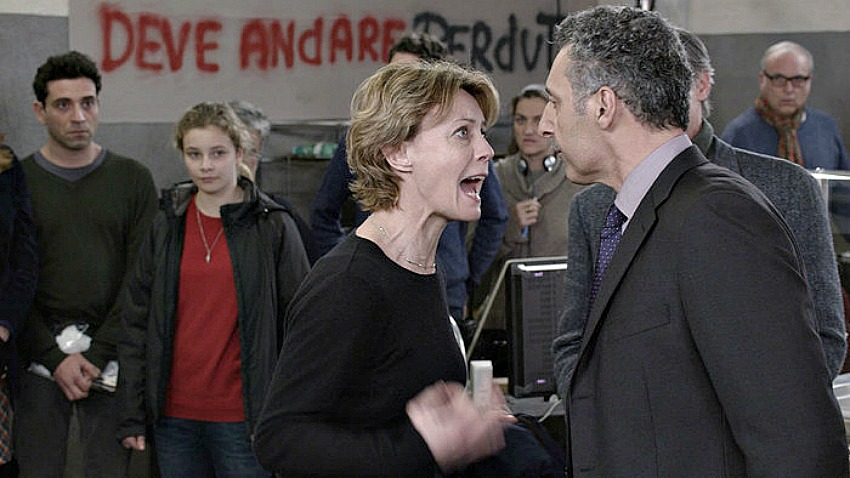 He claims to have worked with Kubrick, doesn’t memorize his lines, wanders off script and then denounces the script as terrible. Buy holds back her feelings both on set and in some very tender scenes with her dying mother.

But for how long? There’s tension, real human sentiment and in Turturro some very funny show business.  A smart film about contradictions and rising above them.  (VanCity Theatre) 3 ½ out of 5

THE DAUGHTER: Henrik Ibsen's play The Wild Duck re-surfaces in Australia re-worked into a modern soap opera. Not only is it not fun, preferring the dreary side of the spectrum, it has little impact. That might be because what transpires is not shocking anymore.

We’ve seen stories like it many times. I kept thinking of the very different story and approach in the Danish film, The Celebration, which does manage to shock and lingers in your memory because of it. This one won’t. 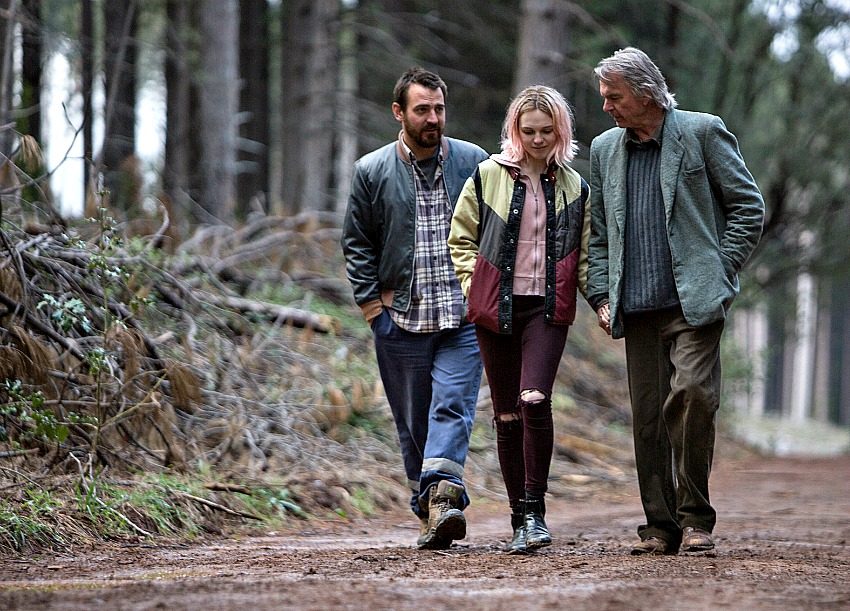 It originated as a stage presentation by actor, writer and now director Simon Stone. He got Geoffrey Rush to play a lumber baron who shuts down his sawmill, throws most everybody in town out of work but holds a big celebration for his second wedding.

His first wife committed suicide and his son, back from the US for the occasion, figures out why. His name is Christian. So how long will it be before he tells his best friend (now one of the laid-off-workers), his father (Sam Neill) and his daughter (the smart Hedvig, played by Odessa Young) the truth? Not long after he starts drinking again, that’s when. The acting is very good but the material doesn’t feel of the present day it is now set in. (International Village) 2 ½ out of 5

SWISS ARMY MAN: This one is for you only if you’re looking for an extremely weird film that makes no sense. You might find it funny. Apparently some do.

At Sundance it was known as “the farting corpse movie” based not only on what happens in it but also the phenomenon that when people die, their bodies have air to expel for some time. Dan Kwan and Daniel Scheinert inflict that upon Daniel (the former Harry Potter) Radcliffe who we first see dead on a beach, then found by Paul Dano, playing a suicidal castaway, and then ridden by him like a jet ski propelled by that flatulence. After that they bond.

They get into deep conversations. “What is life?” Daniel asks. Dano tells him “You’re like the multi-purpose tool guy,” whatever that’s supposed to mean. They recall their non-success with women but  both admire some in a sports swimsuit issue.

THE PURGE: ELECTION YEAR: The nasty high concept of this series gets topical. Candidates campaign for and against it in an election. You’ll remember from the two previous movies that the purge is an annual government-sanctioned blast of payback and bloodletting.

For 12 hours, all crimes, even murder are legal. It lets off steam, culls the unwanted and reduces unemployment. Ridiculous premise; surprise hits. I haven’t seen this one but I’m told it’s tense and mean like the others. (Scotiabank, Marine Gateway and suburban theatres)