BIG NEWS FROM GRAND ROCK:  I think this film, as Canadian as you’d want it to be, would do better on TV. Its small-town charm and gentle but loony humor would do better there.  As it is, it’s playing in only one theatre here, at the Esplanade in North Van. The TV audience would know the actors including Ennis Esmer (of CTV), Peter Keleghan, Kristin Booth and that veteran of many media, Gordon Pinsent. They’d more warmly embrace the slight story and get on to its serious side. 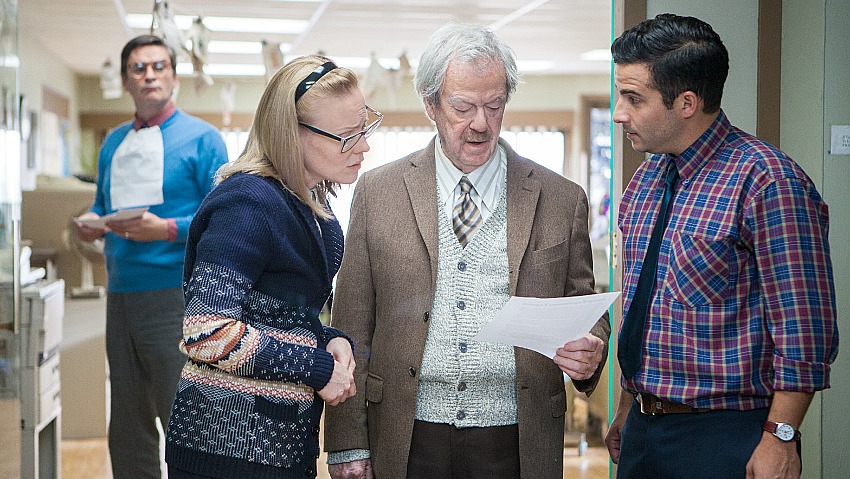 Ennis plays the enthusiastic editor at a small Ontario newspaper where not much happens; the reporters are short of ideas and the owner (Pinsent) is planning a shutdown. Ennis finds ideas at the video store (still exists in this community) and writes fake stories. Caddyshack leads to the headline: Golf Tournament Goes Awry. Another one is Babysitter, Kids Safe After Wild Night. The readers return as the yarns get more sensational. When one causes a scandal and attracts a big city reporter to come and investigate, Ennis has to tell bigger and bigger evasions to hide his trickery. Meanwhile, he’s been missing a real story just outside his door.  An actual case of made up news inspired writer-director Daniel Perlmutter and with development help at Montreal’s Just For Laughs comedy festival he’s made a small but pleasant film.  (Landmark Theatre North Van) 2 ½  out of 5

AFTER THE BALL: This Canadian comedy would be really good if only it weren’t so bland. The cast is strong, the story has potential and the setting –the Montreal world of fashion—is colorful. But there are opportunities missed. There’s a fairy tale parallel too omnipresent and the humor strives to be amiable rather than biting. Half-way through, the film suddenly turns into a Shakespeare knock off, as in his play, Twelfth Night. 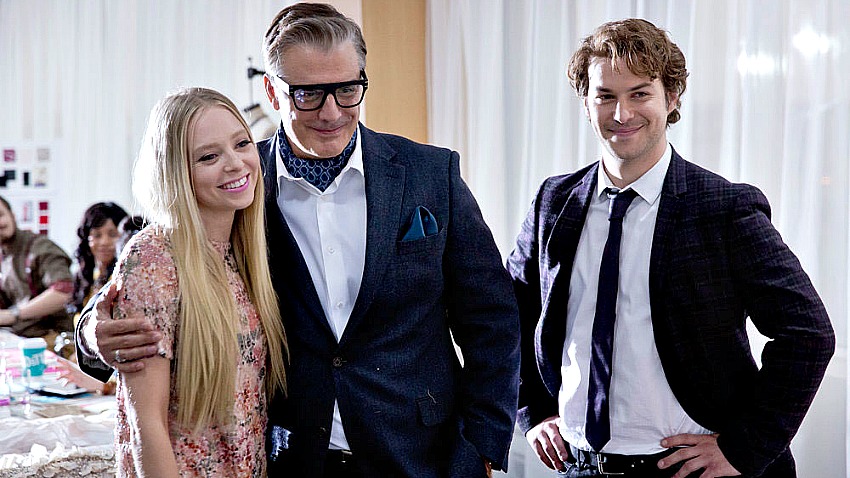 Portia Doubleday is immensely engaging as the daughter of a women’s apparel manufacturer known for copying other people’s designs (an underdeveloped plot point). She can’t get a job in the industry in New York and has to come home and work for her dad, played dull by Sex and the City’s Chris Noth. She has to deal with glass doors so easy to bump into, a stepmother (played vibrant and mean by Lauren Holly) and two bumbling stepsisters aiming to sabotage her work. They succeed. She’s fired and returns disguised as a man, a hot shot designer with a blunt manner. She gets help from a gay friend (of course), the owners of a vintage clothing shop and a shoe designer (played by hunk Marc-André Grondin). Colin Mochrie arrives as a rival plotting to buy up the business. The story arc is familiar, including the glittery shoe dropped on the staircase. It’s a pleasant but thin work by director Sean Garrity, and producers Don Carmody, Canada’s most successful, Gabriella Martinelli, whose BC connections go way back to My American Cousin and Jane Silverstone-Segal, the CEO of Le Chåteau stores which supplied all the clothes. (International Village and Langley theatres) 2 ½ out of 5

THE LAZARUS EFFECT: Why are the movies continually afraid of science? Think of how many films show experiments that go profoundly wrong. It’s as if that’s all they can do. This film follows that arc. It starts with a credible scientific ambience, both in the characters’ talk and the lab they work in. Before long they’re rebuked for playing God and by the end, it’s all turned into a bloody horror film. It’s the first fiction directed by David Gelb, who last made the sublime documentary Jiro Dreams of Sushi. 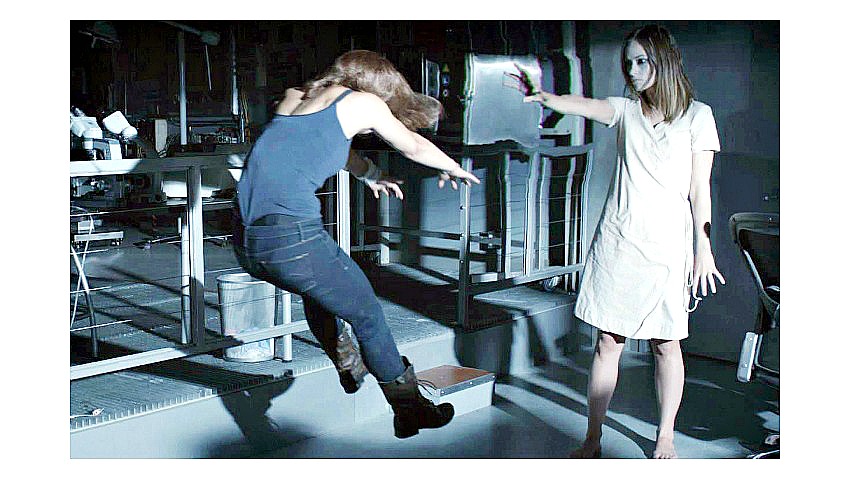 Also out of place are two actors, mumblecore veteran Mark Duplass and Olivia Wilde as husband and wife medical researchers. They have a serum that can re-grow parts of the brain that’s in a coma. It works on a dog bringing him back from the dead although with side effects. Then, although thugs from big pharma took most of it away and never figure in the story again, it has to be pressed into service again because Olivia accidentally dies by electrocution. The test is done surreptitiously. There’s a fair amount of suspense, a bit of talk about ethics, life and death and then a straight descent into horror movie territory as Olivia comes back acting like a demon. To drive home the obvious, Mozart’s Queen of the Night is heard in the lab. Nonsensical stuff. (International Village and suburban theaters)   2 out of 5