New vs old in Birds of Passage; an easy look at a killer sickness in Five Feet Apart and a good one for the kids, Wonder Park 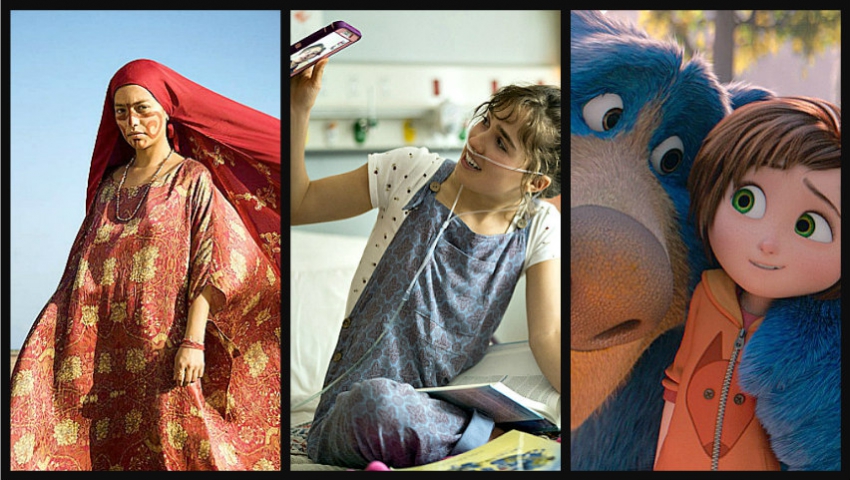 And lots more: hippies try farming, a divorcé seeks love, melodrama and politics in Argentina and a dystopian teen thriller with something of a Handmaid’s Tale vibe

This is another of those weeks when the gates open and many new films arrive. I review seven below this and couldn’t do an eighth, Captive State, because there were no previews around here.

There’s lots for you to consider though. Read on.

BIRDS OF PASSAGE: Modern lives clash repeatedly with tradition and ancient points of honor in this remarkable film. It tells how over about three decades how the drug trade started up in the South American country of Columbia. What we see here paved the way for Pablo Escobar, although it’s confined to one small area, the northern peninsula where the Wayuu people live. They wouldn’t let the Spanish colonize them but in the late 60s with Peace Corps volunteers and CIA men bringing an anti-Communism message they fell under another type of influence. Money, luxury goods, big houses. Violence. There was a big market for marijuana among these gringos. Yes, they call them that, as well as “alijunas”, outsiders who despoil their land, and the culture.

One young man, Rapayet, gets into the trade to earn a dowry. The business grows fast but when a crazy friend flips out and kills some of the outsiders a climate of revenge and fear develops. His nephew grows into a violent socio-path and his mother-in-law, the matron of the tribe and protector of its traditions, can’t keep a lid on events. This is a devastating picture of not just the drug trade, but modern colonialism. These people participated willingly, the filmmakers Ciro Guerra and Cristina Gallego, suggest. The film shows the clash of cultures with color, widescreen cinematography and a robust energy. You’ll see guys carrying the crop on burros (like the coffee farmers in TV ads) and then see them driving Land Rovers. But don’t just go up and talk to them. You have to send a “word messenger” first. The old rules require it. The film shows in detail how old and new co-exist (not always peacefully). The same group explored similar themes four years ago in the Academy Award-nominated Embrace of the Serpent.   (VanCity Theatre) 4 ½ out of 5

Two more at the Van City …

MIDIAN FARM: Two years ago I reviewed a film about a back-to-the land community formed by a bunch of hippies north of Powell River. Here’s another memory-album about one of these “intentional communities”.  This farm existed from 1971 to 1977 in Beaverton, Ontario, northeast of Toronto. The two experiences are remarkably similar. City kids thought they could learn farming, leave the grid and change the world. For a while they did. They worked co-operatively, grew produce to sell, built two geodesic domes and helped stray kids escape the drug scene. The colony was based on Christian principles but not to preach, just to live by. 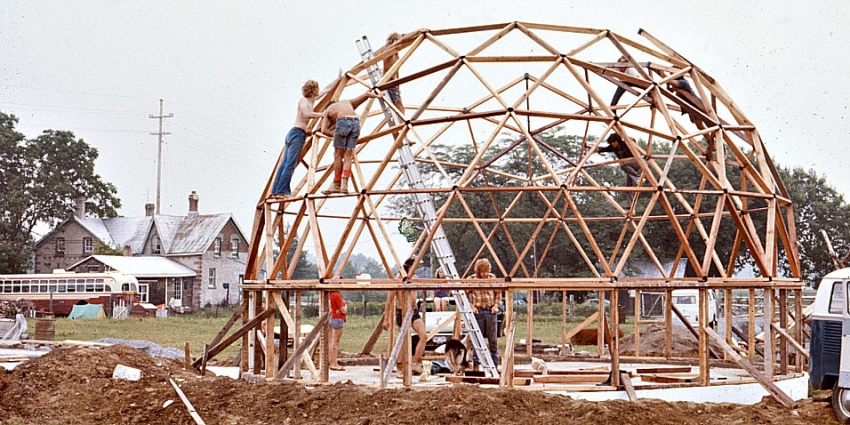 Filmmaker Liz Marshall, who lived there as a child, got stories from some two dozen former residents (now scattered through Ontario and BC). Adding in a lot of photos and a little bit of home movie footage she tells what went right (the idealism) and then wrong (money was tight, the work proved hard and was followed in quick succession by hail, lightning, flood, and fire). Her father was the charismatic leader (“inspirer,” as he puts it, “authoritarian,” some say). Her mother became a feminist. The couple split up and left several years before the experiment collapsed. Out of courtesy to them, Liz doesn’t go into any details about that and it feels like a missing element.  They originally met in Vancouver and it seems that he came back to BC. It’s not the whole story, but it is a touching and wistful look back. Liz Marshall will be at the screenings this weekend to answer your questions. (VanCity Theatre) 3 out of 5

THE QUIETUDE: Films from Argentina persist in taking us back to the years of military rule (1976-83) which was such a traumatic horror. This film is one of the middling ones, partly because it focuses on the still-painful aftermath (good) and partly because it takes its time getting there (not so good). It gives us a huge dose of melodrama to find our way through.

The daughters (Martina Gusman and Bérénice Bejo) of a former diplomat  visit the family hacienda just as dad is called in by the district attorney to answer a few questions. We don’t know what they are but he suffers a stroke and lies at home in a coma. That opens the family drama wide. They argue at dinner. Later in bed, the sisters play masturbation games. One has been sleeping with the husband of the other and says she’s pregnant. But then she’s known to lie a lot. Mom has always been dismissive of the other and later we find out why. That’s part of a stunning avalanche of late revelations that flips your perceptions completely upside down. It’s overwrought and kind of preposterous but also a fun ride thanks to the strong performances by the actors and the agile direction by Pablo Trapero. (VanCity Theatre) 3 out of 5