One new film, with fireworks, and my picks for the year’s best 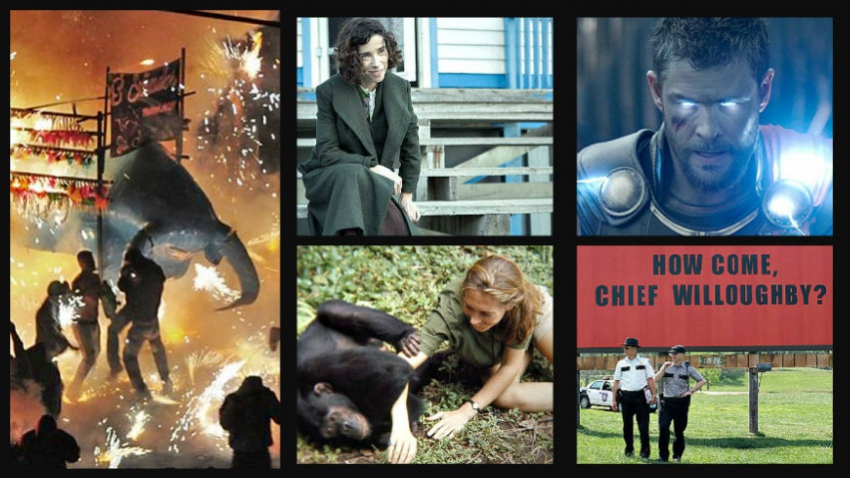 I’ve only got one new film to evaluate this week and a whole bunch to praise as the best of 2017. The new one is first.

BRIMSTONE & GLORY: You think it's neat sitting down on the beach at English Bay in the summer watching the fireworks filling the sky in front of you? Imagine getting closer, much closer, like the daredevils, men and boys, in Tultepec in southern Mexico. The town is the country's fireworks capital and stages two festivals every year to honor a patron saint. Castles of Fire are like giant construction towers. Day of the Bulls gets absolutely frenzied as home-made floats shaped like bulls are wheeled through the streets and set on fire. 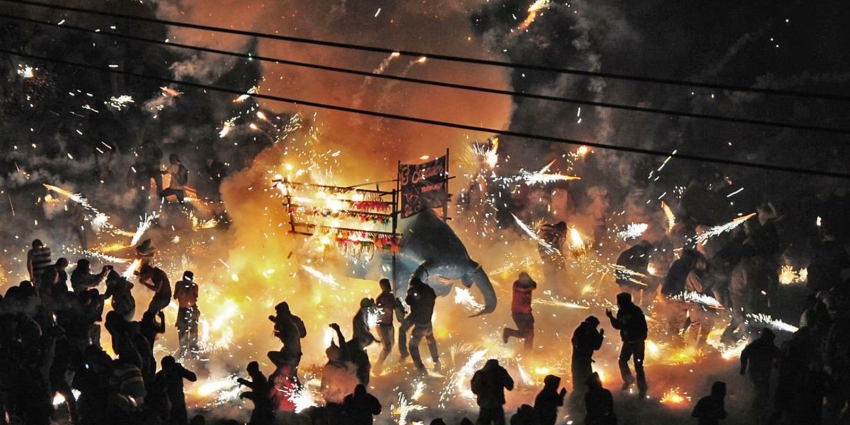 This documentary shows men prancing around among the flying sparks. Before that it shows them making up the fireworks in what look like ordinary garages and without fear or even a recipe. "A handful of this. A handful of that. We're not chemists," says one guy. Injuries are common. We see two young boys treated for burns to their eyes. A man is missing a hand and the film is dedicted "to those who lost their lives particiating."  Still it's a rousing celebration and the film directed by Viktor Jakovleski  (who suffered an injury himself) captures spectacular pulsing displays of light, coming in blasts at times, in sensual slow motion at others. Beautiful but strange. (VanCity Theatre, Sunday afternoon, Monday and Tuesday) 3 out of 5

BEST MOVIES OF 2017: Nothing scientific here. These are just my own personal favorites, including a slightly eccentric one. Other than the Golden Globe nominators, I may be the only who included The Boss Baby.

I’ve got room for it because I’m not holding myself to just 10 this year. It’s too much a struggle to limit to that number. By grouping some together, I’ve have made space for a few extras.

These are not in any particular order. Just what I fancied as I wrote.

THE POST: Normally I list only films that have already opened here but I don’t want to wait two weeks until this one gets here. It’s a very strong affirmation of the need for newspapers in our society. Back in 1971, the Nixon White House stopped the New York Times from publishing the Pentagon Papers which revealed government lying about the Viet Nam war. Would The Washington Post be silenced too? Steven Spielberg ’s film seamlessly melds four distinct story lines that show not only what happened but how newspapers work and how that’s affected by the social circles their owners (Meryl  Streep) and editors (Tom Hanks) move in. I’ll write more when it does arrive.

THE UNDERCLASS: Two fictional dramas with differing takes on the struggles of the poor. 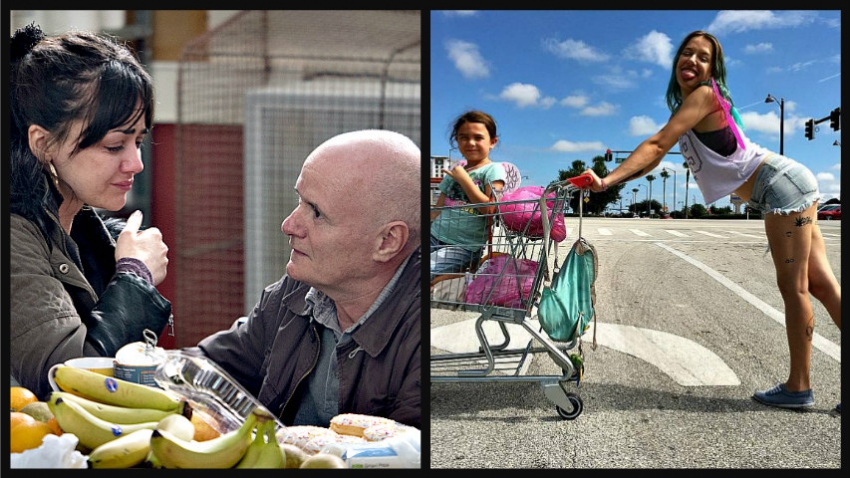 I, DANIEL BLAKE, which was here in May, is English. Blake and a single mother have a frustrating time dealing with social service agencies in this highly emotional, sometimes funny and ultimately angry film by Ken Loach. THE FLORIDA PROJECT is typically American. It doesn’t blame the system. The single mother in this story may have brought on her problems herself and isn’t doing much to get out of them. Kids run wild in this one, making it lively and spunky … most of the way.

THREE BILLBOARDS OUTSIDE EBBING MISSOURI:  Top-notch performances from Woody Harrelson, Sam Rockwell and especially Frances McDormand elevate this one into something special. She plays a mother who takes on the local cops (Woody as the chief, Sam as his hapless deputy) for not solving her daughter’s murder. It’s a study of fierce intensity, too much so at times, but with an undertone of black comedy.

LADY BIRD: I’m rooting for Greta Gerwig’s film to clean up in various awards races, partly for her writing and direction and definitely for Laurie Metcalf as her mother. Greta based her script on her own memories of growing up in Sacramento. Saoirse Ronan plays a young woman like herself and Metcalf plays her mother. 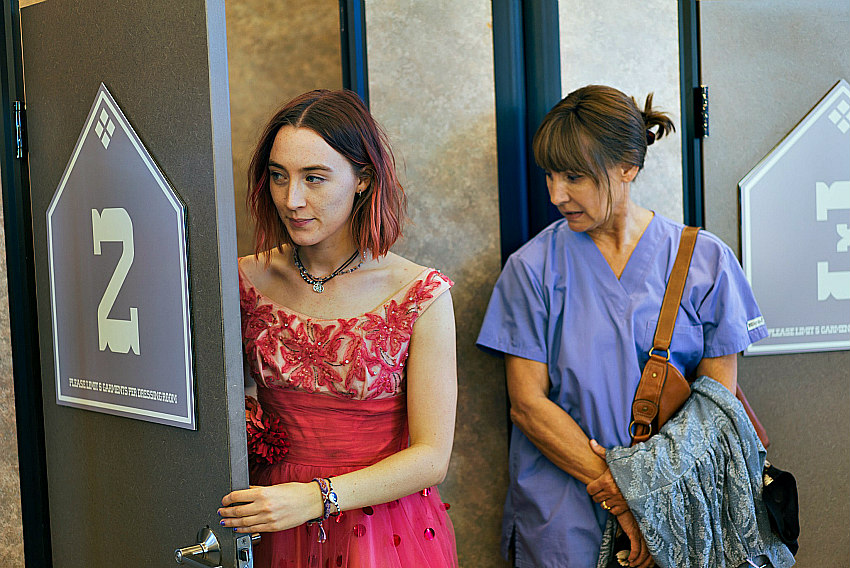 They get into amazingly true-to-life arguments while the film explores the usual issues of growing up, self-image, aspirations, pretensions and all the rest. Teen comedies do that with adolescent humor. Lady Bird does it with compassion and a warm heart.

GET OUT is direct on the subject. A black man visits his white girlfriend’s family and finds them enlightened and understanding but with subtle flashes that show they’re working too hard to be that way. What they’re really up to makes for potent social commentary by comedian Jordan Peele. 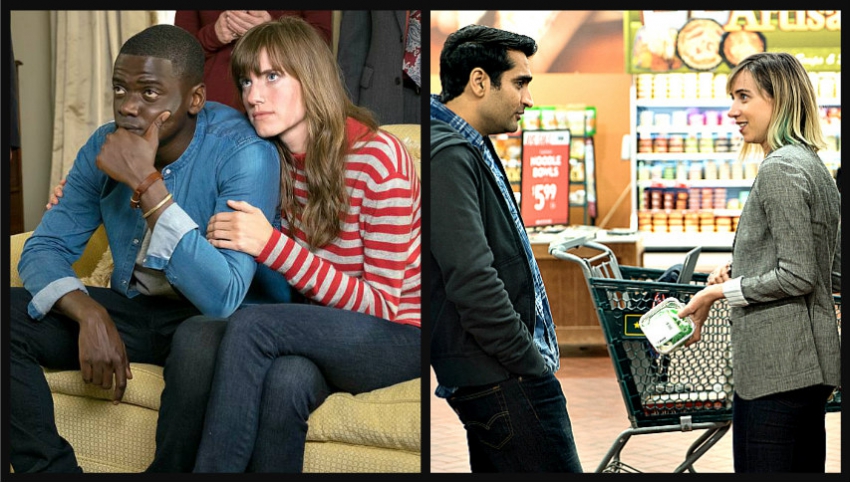 THE BIG SICK is much more gentle. Discrimination is only a subplot, but a very funny one. Pakistan-born Kumail Nanjiani (from TV’s Silicon Valley) enacts his own romance and courtship (with Zoe Kazan playing his wife). Her medical problems provide the drama; his family’s campaign to get him a wife they consider suitable provides the humor, and the cultural backdrop. Both films are intelligent.

DOCUMENTARIES: There’ve been many good ones this year. I’ve picked these three.