The past is back in Jurassic Park 3D, Lore, Ginger and Rosa, Evil Dead and Miami Connection 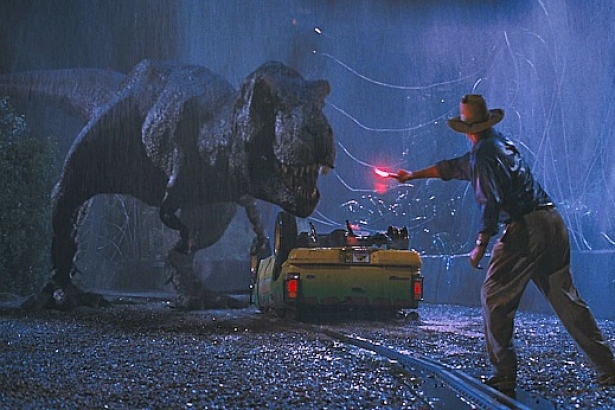 The dinosaurs are back, big and scary as ever in a 20-year-old movie that stands up well.

Five of this week’s new films look back in time. One’s a revamped re-release; one’s a re-make, one’s a lost film rediscovered and two are new but set in the past. A single film then studies life today.

JURASSIC PARK 3-D:  Yes, it’s been 20 years already since Steven Spielberg let loose those dinosaurs. The ones Michael Crichton dreamt up in his novel and Dr. John Hammond (played as a grandfatherly tycoon by Richard Attenborough) cloned in his island theme park. They’re now in 3-D and the question is: Do they and the film hold up? Yes and yes. The story is just as compelling and the tension is just as gripping as ever and certainly welcome on the big screen. Spielberg seems to have been thinking in 3-D all along. There’s always been depth in those images and the conversion enhances the illusion. (I wouldn’t pay the double extra to see it in IMAX though). 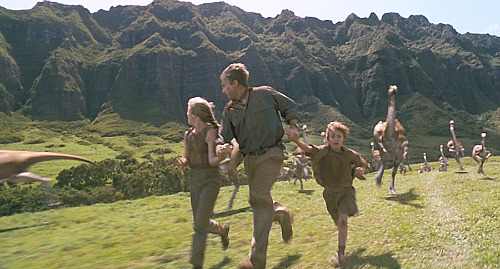 The special effects hold up too. That really does look like a dinosaur egg hatching. Those really do seem to be live dinosaurs out there on the hillside, or running towards us past Sam Neill, Laura Dern and the two kids or later bumping at the park vehicles with their snout. I found though that my memories of certain scenes had changed. That car slowly falling down that tree isn’t so tense now. The computer nerd (played by Wayne Knight) who causes the power outage that releases the creatures is played too broadly. The tingly sense of discovery is still there though and the scientific debate (with Jeff Goldblum as a chaos theorist and worry-wart) feels genuine. And the single best-remembered sequence, when that raptor lunges up at us through the hole in the ceiling, gives just as much of a start. It didn’t even need 3-D.  (Scotiabank and many suburban theatres) 4 out of 5

GINGER & ROSA: Another exploration from Britain’s Sally Potter of friendship and issues between women. This time they’re broadened though, playing out against a world in trouble. Elle Fanning and Alice Englert play the two girls of the title, friends forever (as were their mothers who met at the hospital when they birthed them) but by age 17 pulled in individual directions.

The time is 1962; the Cuban missile crisis has most everybody scared. Ginger wants to be a poet and joins anti-bomb marches. Rosa says it’s better to go to church and pray. Ginger’s mom is a housewife; her dad has moved out to pursue the freedom he writes about. That eventually includes a fling with Rosa and that’s what does the friendship in. The story gets more melodramatic as it moves forward but all along the way there’s a well-drawn tableau of these characters growing, finding themselves and learning about the world beyond them. The geo-political and the personal insights Ginger gains are equally unsettling and Elle performs that advance in her character subtly and believably. The film, though nicely re-creating the era, is a little too low-key for me, which makes a couple of shouting matches stick out unnaturally. (5th Avenue Cinemas) 3 out of 5

EVIL DEAD:  “The most terrifying film you will ever experience,” says the poster. Gosh I hope not, because I didn’t find it scary. Gruesome yes, relentlessly so.  An electric carving knife slicing a roast is an early signal, artistic foreshadowing if you will, of what’s to come. It, a chainsaw, a piece of glass, a sword, a nail gun and a hypodermic needle all eventually do things to the human body that’ll have you gagging. For some people that’s entertainment. 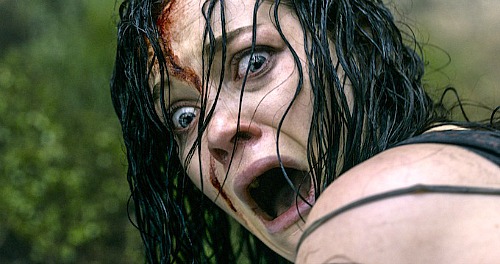