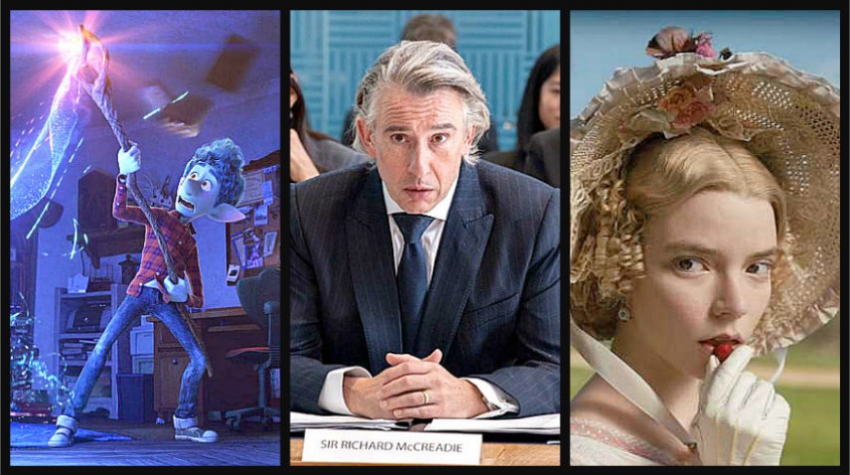 And much more: Ben Affleck back from the bar, Ken Loach slamming the gig economy, a tri-nation scarefest and a pair of enigmatic art films

Are people going to the movies these days? Or staying away like James Bond? It’s not a time to stop because there’s so much new in town. I’ve got nine just arrived that I’m writing about this week. One of them, Emma, snuck into one theatre around here last week and is now in 10.

Sorry We Missed You: 4

ONWARD: It’s not as emotionally heady as the best of Pixar’s films, and too familiar at times, but there’s quite a bit here to recommend it. Sharp animation, naturally, plus a heartfelt affirmation of family, a wild adventure, magic and myth, all set in a totally modern world. Two brothers out on a quest driving a souped-up van echo countless teen movies, except that these boys are elves, modern versions with only their big ears to distinguish them. They lament that inventions like the lightbulb and now the smart phone have killed magic and but are given a chance to get some back. Their father, a wizard who had to make do as an accountant and died before they got to know him, left them a present. It’s a wizard stick with which they can bring him back for one whole day.

It works but only half of him is there, from the belt down. It’s a race against time to revive the rest of him. The burly older boy (voiced by Chris Pratt) pushes his insecure brother (Tom Holland) to come on the quest, hone his magic skills and find a mystical gem. They take “the path of peril” instead of the highway and encounter scavenging unicorns, a centaur cop, a crevasse they have to use magic to cross, fairies who ride motorcycles and a once-fierce manticore  (Octavia Spencer) now reduced to running a roadside restaurant. Too easy, these sendups. Little kids won’t get most of them but might enjoy the flash of the busy roadtrip. Everyone else should wait through it for a very poignant ending. The story, inspired by director Dan Scanlon’s own thoughts of a dad he lost, eventually rewards with real feelings. (Dunbar, International Village, Scotiabank, Marine Gateway and many suburban theatres) 3 out of 5

GREED: Some people, and critics, are down on this one because they thought it should be more of a comedy than it is. Others think it fires at too many targets. I don’t. This is the most radical movie I’ve seen in some time and it hits its targets bluntly and deservedly. Steve Coogan is the star, in his seventh collaboration with director Michael Winterbottom, and they’ve created an evisceration of the super-rich. The comedy is there but it’s so stinging that it may not feel like it. If you like seeing pompous, hucksters getting hit with absolutely valid broadsides, you’ll enjoy this, and chuckle often. 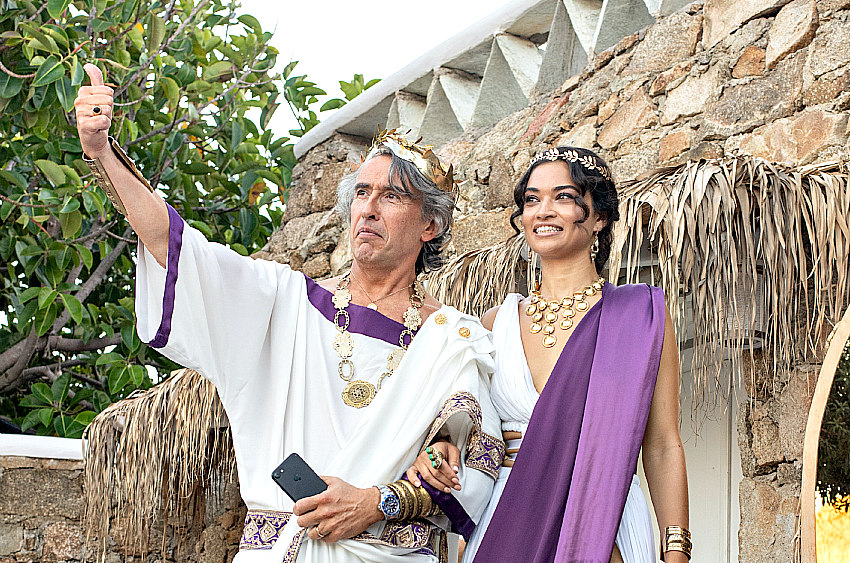 Coogan plays the owner of a chain of London fashion shops who worked his way up with the prodding of a harpy mother and his own feelings of entitlement. He’s inspired by a real merchandiser who is well-known in England but I see him as a stand in for not one man, but a type. He’s a bully as a deal maker; he has clothes manufactured for cheap in Sri Lanka sweatshops and sells them at top prices; he’s immensely rich and avoids taxes. He’s shown organizing a lavish birthday party for himself on a Greek Island, testifying about bankruptcies before a parliamentary committee, humiliating his staff and driving unconscionable deals in Sri Lanka. There are many true details:  a toady of a journalist is writing a biography, Bulgarian workers are building a mock Coliseum, Syrian refugees are spoiling the view by camping on the beach. He justifies avoiding taxes and cites Bono, Facebook and others to prove it. Too much? Not until the postscripts at the end that say it all again. Before that it’s a sprawling assault on income inequality. Bernie Sanders would like this film. (5th Avenue) 3 ½ out of 5