EMMA: She’s more of a snob than what I remember of previous versions of this Jane Austen tale, and that would fit. Austen warned us Emma was “unlikable” and the latest director to take on her story, Autumn de Wilde, seems to have taken that up to modernize her a bit. She’s also made the whole film more contemporary. Less Masterpiece Theatre artifice, an edgier tone, more comic dialogue and a faster pace is what she brings to it. And with Mr. Knightly, a nude scene (he’s facing away from us) to present him as something like a 19th century rock star. De Wilde comes to that naturally with her background in music videos and photos of pop stars. In most every other way, the look and themes of the story are intact. 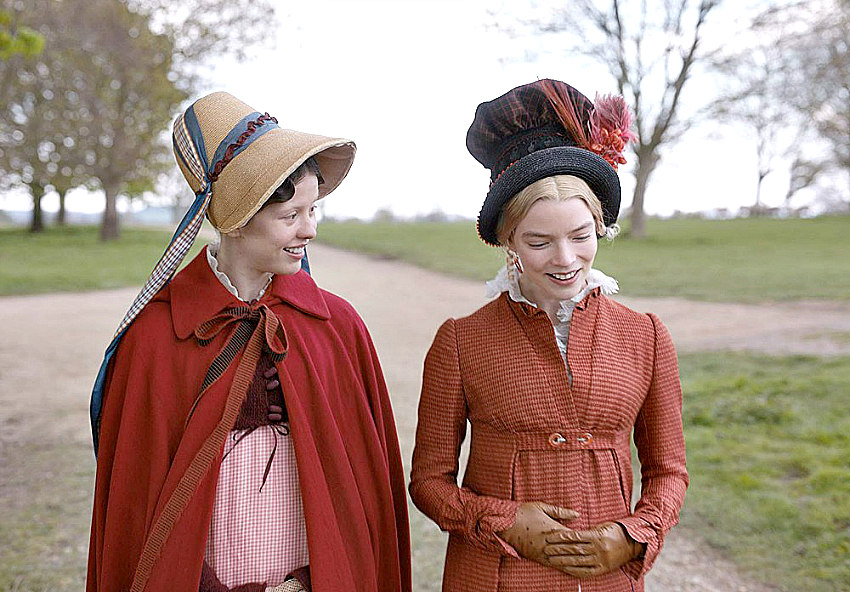 Anya Taylor-Joy is luminous as Emma who imagines herself a matchmaker but is really a meddler. She dissuades Harriet (Mia Goth) from her attraction to a farmer (too low in status) and to switch to a vicar (a dodgy character, though she’s slow to realize that). She also has to distinguish between two other men, the thoughtless Mr. Churchill and one with good manners and intentions, Mr. Knightly (played by singer Johnny Flynn who is soon to be seen portraying David Bowie). That theme of what constitutes a good and moral person is key to this story and something Emma has to learn. The film could have been sharper in presenting it and that would have been more compelling. It’s well-decorated, well-acted and witty but a bit blithe about the gentry. Bill Nighy does a lot with a small role as Emma’s father.  (Park, International Village and nine suburban theatres) 3 out of 5

THE WAY BACK: Ben Affleck has been so public and honest about his drinking problem that we hardly need him performing in this fictional story of an alcoholic. His own struggles would make a better movie, although, since he clearly knows the affliction, his presence is the best thing about this one. He doesn’t overdo; he doesn’t offer maudlin and he’s believable. Unfortunately the film is also obvious in what it says and its explanation for what’s this man’s problem is doesn’t satisfy. It comes late and that makes it feel like a manufactured plot turn rather than something real.

He plays a construction worker who drinks constantly, even while taking a shower. He has to be helped home from the bar he frequents. He’s separated from his wife and gets stroppy at a family gathering when asked about his drinking. Then he gets a call from his old Catholic School, where he was a star basketball player years before, with a plea to take over coaching today’s non-contender of a team. He won’t; then he does. 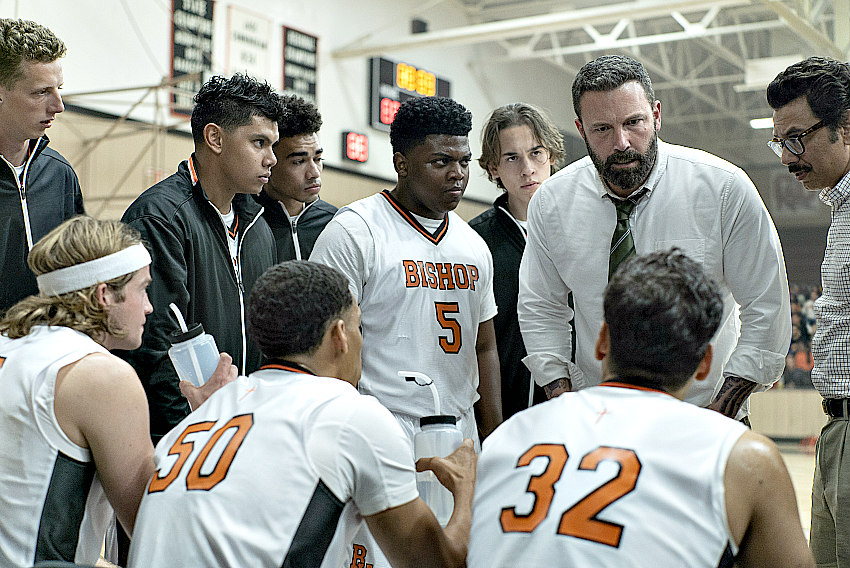 He sobers up but will that last? Will the team start winning and will that last? What does he have that can turn it around? A lot of swearing for one thing, indicating zeal, and willingness to sit down a top player and boost a timid one. The film keeps your interest even though there’s little you haven’t seen before and the points it makes feel too uncomplicated. BRON Creative from Burnaby and L.A. joined with Warner Brothers to produce it. (International Village, Marine Gateway and suburban theatres) 2 ½ out of 5

SORRY WE MISSED YOU: The gig economy is the target of Ken Loach’s latest blast at social injustice. He won awards with his last one, about the harsh welfare system in England, and he’s back to the same city, Newcastle, to expose that growing peril for many young workers. They have to make do with short term jobs, no benefits, no security. He tells of one man’s difficulties and how the system is stacked against him.

Kris Hitchen plays a father and husband still fighting his way out of the mess the financial collapse brought back in 2008. He becomes a driver for a parcel delivery company (the title is from the notes those guys leave when you’re not home to receive your package). He is assured he’s his own boss but you wouldn’t know it from the orders and threats the real boss spouts or the penalties she subjects the driver to. Little bit late? Client complains? Docked  pay. Hardly an independent contractor, as the system defines him. Inevitable tensions at home and family problems bring on more difficulties and Loach spins it all into a biting judgement of today’s working class economy.  (5th Avenue) 4 out of 5

Two art films at the Cinematheque ...