A pop star as a diva, a French hit transferred to New York and making sense of Vancouver’s most recognized art scene 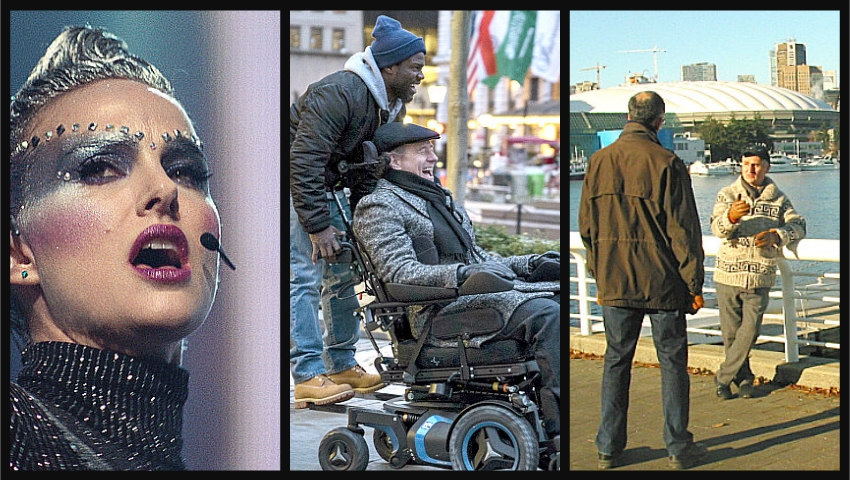 Before the films below, here’s a tip to a very good one. The Guilty is a superbly tense thriller from Denmark that is showing just once, so far, at 4 p.m. Wednesday at the VanCity Theatre sponsored by the Vancouver Foreign Film Society. It’s been an audience favorite at festivals, was great at VIFF and I’m more than surprised that it hasn’t come back for a long engagement yet.

A cop working an emergency 911 desk takes a call from a woman who’s been abducted. He spends the rest of the film on the phone trying to help her. Once he changes to another room but that’s the only variation. You have to catch it to appreciate how gripping it is and all the surprises it tosses at you.

The other new films are these:

The Woman Who Loves Giraffes: 4

VOX LUX: Here’s the anti to A Star is Born. It’s not sunny and light; it shows a pop star turned mean and narcissistic by the machinery of modern show business. Actually if that’s all it was, it would be a better movie. It’s got flash and color and Natalie Portman inhabiting a diva personality while performing songs by Sia. Lyrics like “I’m a private girl in a public world” expose the deepest emotions of the star while her adoring fans take them in as if they mean something. Jude Law and Jennifer Ehle are there as stock music-business types to guide her career, soothe her outbursts and get her to that glittering concert that climaxes the movie. 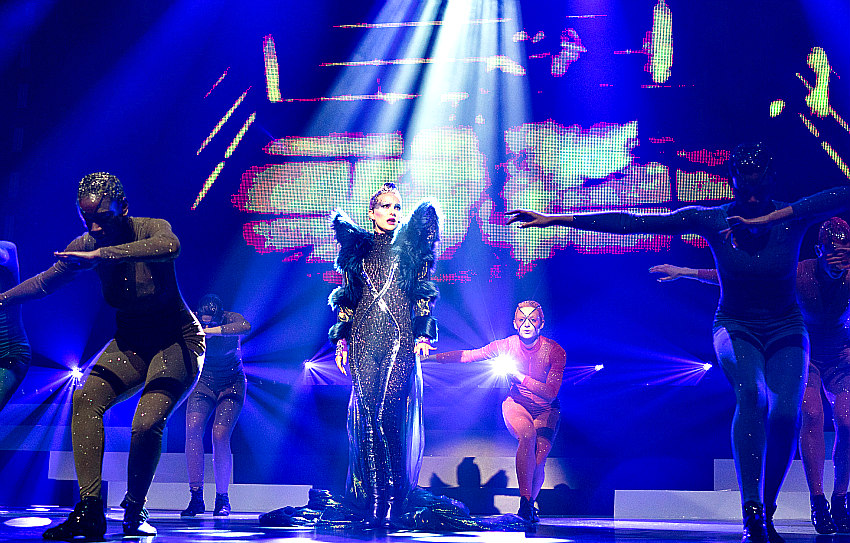 But this film, by actor-turned-director Brady Corbet, isn’t content with that familiar story arc. He’s said the film is about America’s loss of innocence and the anxiety that the constant news cycle creates. So in the background, and occasionally intruding into the story, are Islamic terrorism (in Bosnia), 9-11, Christianity, drug and alcohol abuse, and right at the start, a mass shooting in a high school classroom. That’s a lot for a simple pop-star tale to take in. She survived the shooting, got a start in her music career out of it and years later, with Portman now playing her as an adult, has become bitter and petulant. That’s come on so suddenly we have no time to figure out why. She’s also a mother to a teen daughter. By what father? Not explained. Portman is magnetic though spouting lines like “People have been trying to take me down for years, but I won’t stay down.” It’s the story that fails her this time; full of holes here; cluttered there. (Rio Theatre) 2 ½ out of 5

THE UPSIDE: I was dreading this. Motor mouth Kevin Hart toning it down and playing sincere seemed unlikely (to say the least) and possibly embarrassing if he didn’t manage it. Good news. He does it, pretty well most of the time, with only a few lapses into his raw comic ways, and he strikes up an easy chemistry with Brian Cranston in this re-make of a hit movie from France. The two spar, become friends and influence each other in an ever-in-vogue story of a black man and a white man learning to let go of their differences. (See Green Book for more of that). The differences here are mostly economic and class. Kevin plays an ex-con who needs a job, Cranston is a super-rich author needing a caregiver. He’s in a wheelchair and can only move his neck. (“And your mouth,” Kevin quips). Nicole Kidman is around to express disapproval now and then, as a business manager. 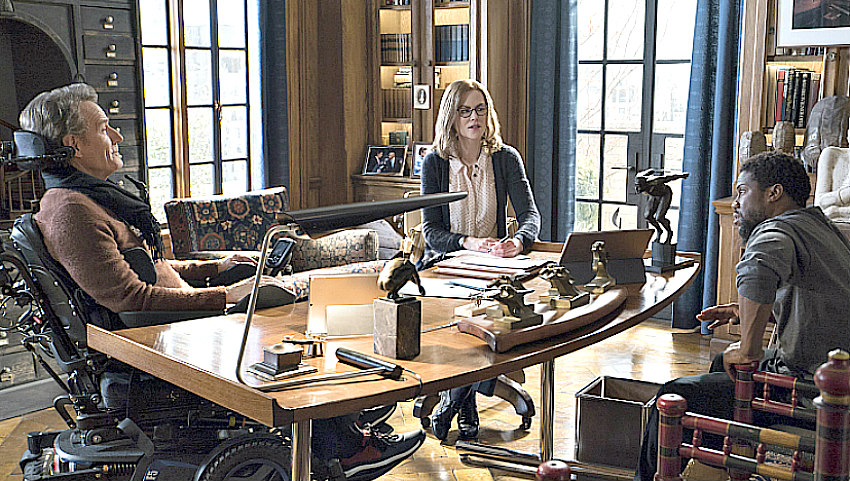 The story, as told in the French film eight years ago, is true. It’s been moved to New York with a few details to Americanize it. “You as rich as Jay-Z?” Kevin asks. “No, richer,” Cranston says. He will introduce Kevin to opera and learn from him the joys of hot dogs, listening to Aretha Franklin and smoking pot. Surprisingly, there’s some subtlety in how this all plays out and the film rolls smoothly to the feel-good destination it promises. There are cliches for sure, but the original film had them too, and some of the caregiving scenes inappropriately go for laughs. The biggest problem here is the film found it hard to come to a close and had to resort to a very obvious idea. Still: quite entertaining. (International Village and suburban theatres) 2 ½ out of 5