RBG’s early triumphs; a gem of a Canadian movie and old and new films from Italy 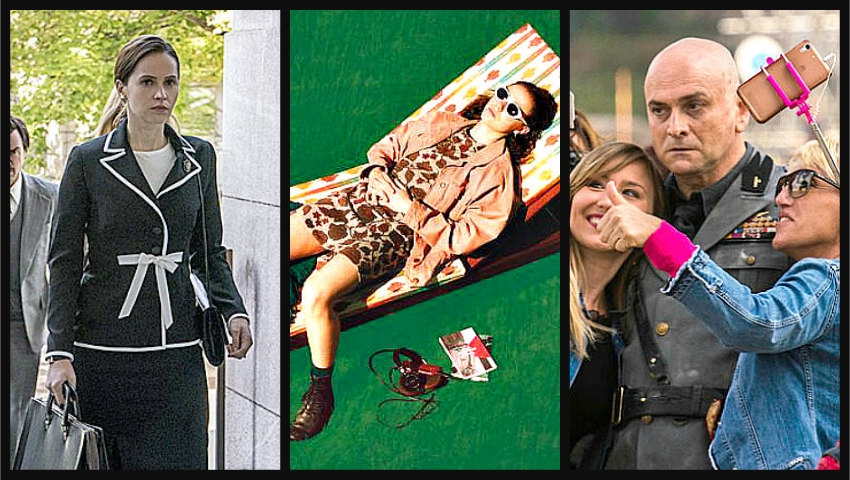 And one lone horror movie on the side

The awards season starts to peak Sunday with the Golden Globes. They’re the more-fun alternative to the Oscars and the nominations prove it again. Vice has six, and A Star Is Born, The Favourite and Green Book have five each.  I expect A Star is Born to do well, Bohemian Rhapsody to burst out and Green Book to regain the respect it started with but lost for a while.

Sandra Oh, with her strong Vancouver connections, and Andy Samberg will host the show on TV.

The new arrivals in local theatres  include these:

The Fireflies are Gone: 4

Tutti A Casa –Power to the People: 4

ON THE BASIS OF SEX: It’s not enough that Ruth Bader Ginsburg is a U.S. Supreme Court Justice and a feminist hero. She’s a public icon too, thanks to the widely-seen documentary RBG that tells her story and now this dramatized version of her early career, particularly the case that made her name. She even has a brief walk-on appearance in the film. Since it was written by her nephew expect a certain hagiographic tone but that’s alright because not many movies have been able to make legal issues, arguments, responses and precedents as exciting as this. It’s an intellectual thriller. 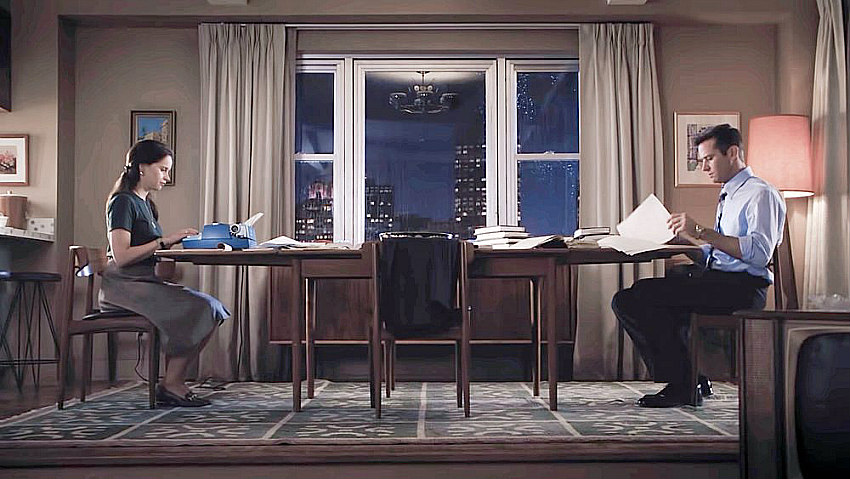 It’s also a portrait of a marriage with Felicity Jones as RBG and Armie Hammer as her husband in a union of equals. They’re ever ready to back each other up. As one of the first women in Harvard Law School, she’s the target of subtle slights; then fails to get a job at a law firm because they’ve already hired a woman and starts teaching instead. Not surprisingly, fighting gender discrimination becomes her cause. She finds it in hundreds of federal laws and ironically opens the battle with the case of a man denied rights that a woman would have received easily. It’s “unwinnable” she’s told; it’s too big because it would create a new class of civil rights and threatens “the natural order of things.” The stakes are grand and the sharp cast, also including Sam Waterston and Kathy Bates, pull you in to savor every submission. The film doesn’t get as far as her appointment to the top court or its current state of affairs. But you’ll be reminded. (5th Avenue) 3 ½ out of 5

THE FIREFLIES ARE GONE: The Cinematheque is showing three new Canadian films starting Wednesday. I’ve seen this one and recommend it highly. So does the Toronto Film Festival. They named it the best Canadian film in their line-up last fall. It’s a strongly engrossing picture of small town life, as experienced by a teenager most anxious to get out of it. “This town is dead. Full of zombies,” she says. However, with no money or even much of a job lined up for the summer she’s not in any position to get out. So she grouses a lot; hates her stepfather and misses her real father (she’ll later learn the real story between them) and mourns the decline of her small Quebec burg since the mill was shut down. 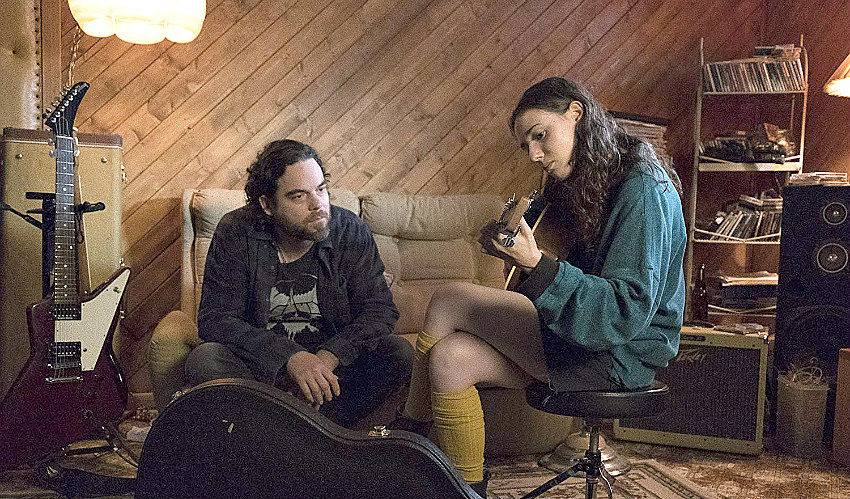 Partly out of boredom she strikes up a relationship with a lonely guy she chats up in a diner. He’s maybe twice her age, a musician who lives in his mother’s basement and teaches guitar. He also does some snappy air drumming to a Rush record. She takes lessons from him but warns she’s prone to dropping anything she’s does after a month or so. This film is good because it stays away from the clichés you’d expect in a girl-boy connection like this. Instead, it builds an impressionistic portrait of an angry young woman with no direction in her life. As she says it: “Today kids try not to think of the future.” She’s brought to life by a strong, fresh performance by Karelle Tremblay. Pierre-Luc Brillant is the musician and actually plays in the guitar scenes. Both are well-known from Quebec TV and film. This is director Sébastien Pilote’s third feature and well worth catching. (Cinematheque starting Wed) 4 out of 5

Two other new and celebrated Canadian films are also playing: Roads in February and Les Salopes or the Naturally Wanton Pleasure of Skin. Check http://www.thecinematheque.ca/ for details.

ITALIAN FILM FESTIVAL: At the VanCity Theatre it’s a whole week of Italian films including new-to-us titles and classics. There’s a Fellini, a De Sica, a Visconti and a Sergio Leone (first time in Vancouver for the four-hour original cut of his Once Upon a Time in America). Also two titles being shown as a tribute to Bernardo Bertolucci who died just six weeks ago. One of them is his great film The Conformist.

Of the new films, I’ve seen these four: