Reviews: The Bookshop, classy, The Miseducation of Cameron Post, gay conversion slammed, and 1945, post-war ill will

BREATH: This film from Australia has at least four things that make it worth recommending. First it’s the directing debut by Simon Baker. We know him from American TV but he’s originally from down under and clearly has strong feelings for this story. It is from a popular novel by Tim Winton about two youngsters growing up. Winton himself narrates, just like in his book which is a long look back at youthful discoveries. Third, the two are played by first-time actors, Samson Coulter and Ben Spence, chosen for their surfing abilities but doing fine naturalistic acting here. And finally, the surfing. This film has some of the most exciting wave riding I’ve ever seen in a movie. 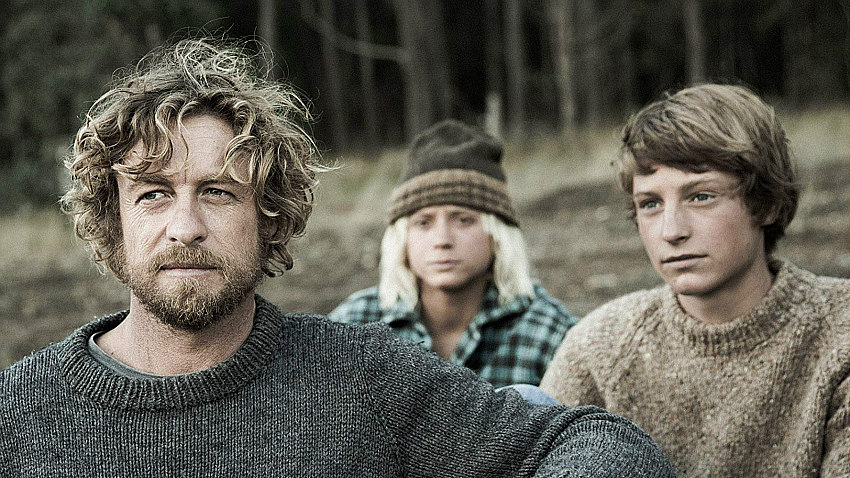 But the heart of the film is the friendship between the danger-testing Loonie (Spence) and the generally sensible Pikelet (Coulter). “We imagined ourselves into a different life,” he says via narration. A bike ride to the coast lets them see surfing in action which he calls “beautiful but pointless and elegant.” They get into with enthusiasm, first on Styrofoam boards, and then on wooden ones bought from a beach hippie type (played by Simon Baker) who turns out to have been a world class surfer and now lives quietly with a wife (Elizabeth Debicki) who was a free style skier until an injury stopped her.  The boys learn from them to take bigger and bigger chances, especially Loonie who “did it harder like someone who didn’t believe in death.” The film is very evocative about coming of age, time with friends and daring to push yourself. And then there are those great surfing scenes. (Park Theatre) 3 ½ out of 5

THE HAPPYTIME MURDERS: Don’t for a minute think that, just because this one was made by Jim Henson’s son Brian and it has puppets, you can take the kids. This one is raunchy, foul-mouthed and sprinkled with sex scenes you don’t want to have to explain. One of those goes on and one and on and ejaculates silly string everywhere. It starts out funny but then can’t stop itself from carrying on too long, something the film is guilty of in a number of scenes. Overall it’s pretty thin with jokes, only a few of which feel clever. Most are broad and crass. 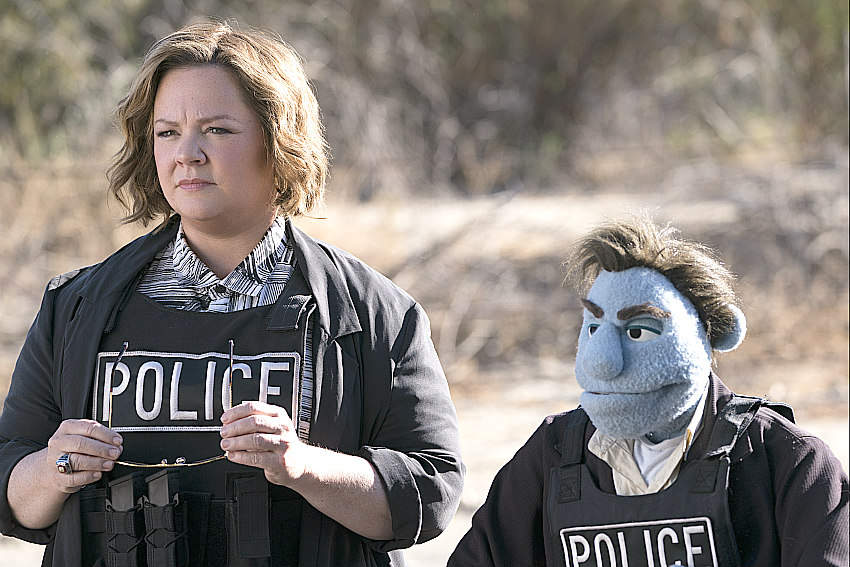 That’s too bad because there’s actually a nice spoof of film noir and the hard-bitten private detective genre.  Also a modern angle, the discrimination puppets suffer from the humans they have to live among. And there’s a surprisingly complex plot about the PI (a puppet and ex-LAPD cop voiced by Bill Barretta) forced to work again with his former partner, the very human Melissa McCarthy, who hates him. The plot eventually shows why but for now they have to find who is knocking off the actors (most of them puppets, one human) who played in a legendary TV sit com The Happytime Gang. They bicker, they’re tormented by a police boss and a visiting FBI agent and he becomes a suspect.  Familiar stuff, but it needs more and better laughs. Elizabeth Banks and Maya Rudolph provide welcome support. The puppetry is excellent and some of the effects work was done here in Vancouver at Stargate Studios. (Scotiabank, Marine Gateway and suburban theatres) 2  out of 5

LITTLE ITALY: I thought Dog Days was the worst film I saw this summer. Then this came along. The fact that it’s Canadian, and proudly shows off a colorful part of Toronto makes my pan even more disappointing. This one deals with stereotypes, effusive and excitable Italians that you encounter only in films. I have relatives who are Italian and none of them are like this. 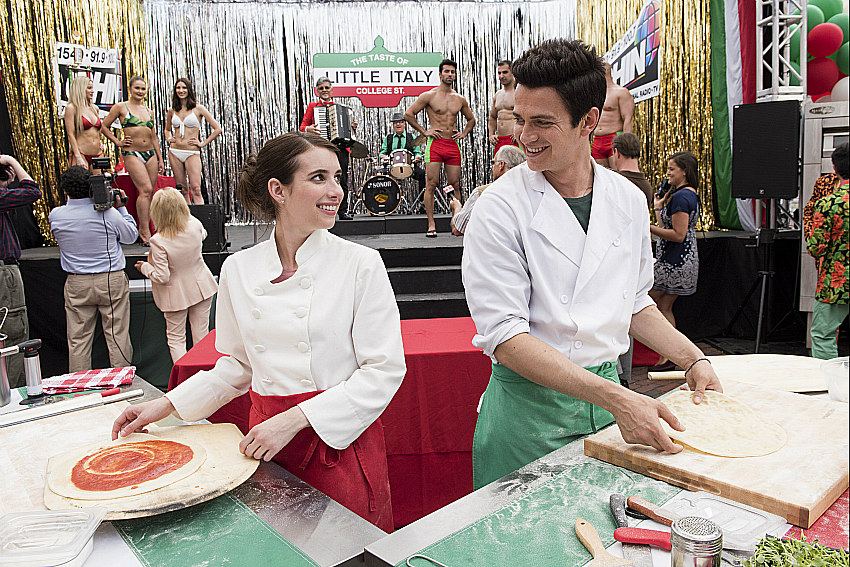 Emma and Hayden play Romeo and Juliet types between two warring pizza joints. They’ve been friends since they were kids and re-meet after she returns from London. The plot pushes them forward to a big pizza-making contest, she vs him, and by implication her family vs his. Before that we get humorous scenes at confession, double entendres with sly intent and lots of old age jokes as Andrea and Danny get it on. “Everything still works,” he proudly proclaims.  Not everything, Danny. The color and the sprightly pace in this movie, yes. Not much else. (Marine Gateway and suburban theatres) 1 ½ out of 5