Reviews: The Bookshop, classy, The Miseducation of Cameron Post, gay conversion slammed, and 1945, post-war ill will

They don’t say why, and that starts everybody in town talking. Do they want to reclaim property that was taken from them? Did the Pollocks send them? Are the Pollocks coming too? As the town frets, talks and argues, we gradually learn what had happened there, how the town clerk got the shop he owns, how others got houses that they legally own. We get the facts clearly and emphatically just by listening to these people. The film isn’t didactic with speeches that say it all. It puts it out bit by bit, slowly escalating the anxiety. All that, while preparations are supposed to be going on to hold a marriage and a big celebration. This film is riveting and strongly dramatic. Most important: it reveals an important story. (International Village) 4 ½ out of 5

SUPPORT THE GIRLS: Hell, support the movie. It celebrates the travails of people who work in the service industry (once known as waitresses) and one fine woman who works for them. Regina Hall plays a manager at a Texas bar and grill named Double Whammies. It’s a Hooters-like place offering the 3 B’s “boobs, brews and big screens”, but no touching or abuse, because this is a “family place.” Regina has to enforce those rules throughout one full day. That includes throwing a biker out, calling the cops on a burglar, hiring a new girl and finding a way to hold an unauthorized car wash fundraiser for one of her staff. She’s more than a den mother; she’s a spokeswoman for the good ways of doing business in America. 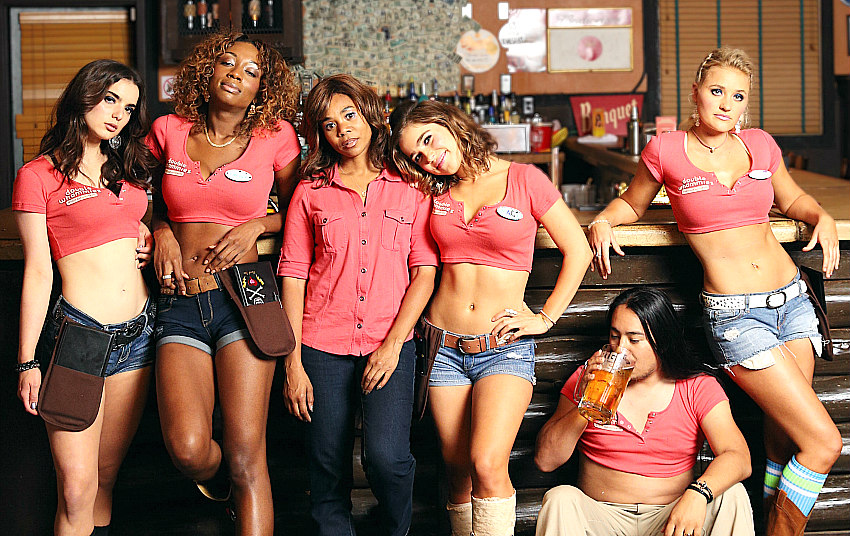 Her ideals are challenged over and over. Her boss (James Le Gros) won’t allow her to schedule more than one black server a shift. He fires her over the fundraiser and she finds she had been deceived into running it in the first place. Her staff had been bringing her their problems and hang ups all day. At night as the whole restaurant is watching a big boxing match, the TV goes dark. Commotion ensues. Some of this is funny; a lot is sorely credible. The drama is in watching her keep her cool (in public, at least) and do her work with a mixture of strength and a touch of derision for the industry she’s in. I imagine that afflicts a lot of those workers and the scenes that director Andrew Bujalski has staged and a fine cast, headed by Hall, has brought to life, are authentic. This film is brisk and warm-hearted. (VanCity Theatre) 4 out of 5

PAPILLON: I caught the 45-year-old original on TCM recently and can report that this modern re-make does a pretty good job of matching it. It’s just as engrossing about a thief from Paris sent to the horrible prisons in French Guiana, the co-operative pact he makes with a financial  criminal also confined there and their determined efforts to escape. The brutality is amped up and a few adds and deletions have been made in the tale but the key theme remains: the resilience of the human spirit. That and the friendship that bound the two characters, played back then by Steve McQueen and Dustin Hoffman and Charlie Hunnam and Rami Malek now. They’re also a good match. 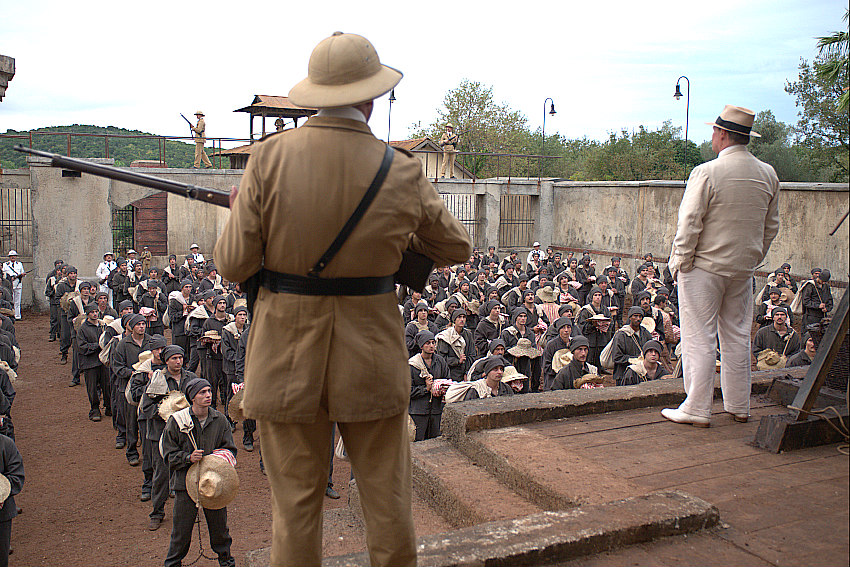 The film doesn’t have quite the grandeur of the 1973 version or the atmosphere, although we get all the landscape, jungles, dank cells and numbing solitary confinement we need. It just seems smaller under Danish director Michael Noer. He concentrates more on the bond between the two main characters, one with money (hidden in his body) and needing protection, the other (Papillon, after a butterfly tattoo) offering muscle. In the major difference from the original, we get his back story, of a thief in Paris framed for murder. There’s no leper colony this time but there is a guillotine scene and a lot of grinding attempts to break Papillon’s psyche. Light entertainment this is not. (5th Avenue and suburban theatres) 3 out of 5