Rock of Ages, That's My Boy, The Artist is Present, Foreverland and more films reviewed 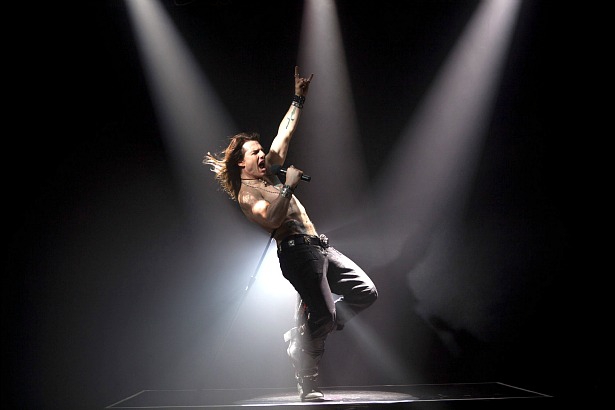 Some hit tunes from the 80s, crude jokes from today and a groundbreaking performance artist top the agenda this week. But watch for two Canadian films, one from here and one from Toronto.

Marina Abramovic:  The Artist is Present: 4

ROCK OF AGES: Sex and scotch and rock ‘n’ roll. Huh? Shouldn’t that be drugs? Not here. They’re nowhere in sight. Whiskey is the intoxicant of choice and almost nobody gets high on it anyway. Well, maybe Tom Cruise, as an Axl Rose type named Stacee Jaxx, lead singer of a metal band called Arsenal but now going out on his own. He’ll do his first show at the Los Angeles club where the band got its start. There’s much ado about the event and he comes in spaced out and full of himself and as an aide proclaims “he’ll light this place on fire.” Cruise is terrific in the role, singing and prancing and playing mind games (and more physical ones too) with a Rolling Stone writer played by Malin Akerman. 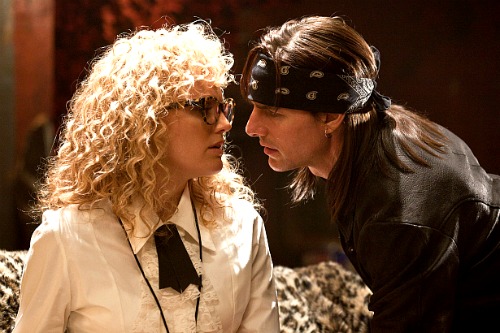 Ok, but there’s all that other stuff to get through too in this film version of the Broadway show, which played here via a touring company just last month. That other stuff is a bland story of a young singer from Oklahoma (Julianne Hough) who meets another would-be star (Diego Boneta) while both work in a club on the Sunset Strip run by Alec Baldwin. The story is artlessly built around big hit songs by Def Leppard, Twisted Sister , Bon Jovi, REO Speedwagon, and others. Over 30 of them, sometimes two mashed together. They’re all mainstream and inoffensive (although the sexual imagery with Foreigner’s I Want to Know What Love Is comes off as pretty daring). Still, the mayor (Bryan Cranston) and his wife (Catherine Zeta-Jones) are campaigning against the evil music. Paul Giamatti plays a, get this, nice guy manager. The view of the 1980s music scene is too idealistic to pass as real but the singing and staging are spirited and fun. (Scotiabank and many suburban theatres) 3 out of 5

THAT’S MY BOY: For a while it looks like Adam Sandler is going for another batch of Razzies. His bad taste humor is lower than ever, starting with an entire high school assembly cheering a teen having sex with his foxy math teacher. Later we’re treated to masturbation, a hot granny, gay gags, a grossly obese stripper and more, including something that tops them all for inappropriate amusement. It’s a surprise turning point so I won’t reveal it. More germane is what happens in between these scenes. The movie becomes very funny, even sweet (in a raunchy kind of way) about a man trying to re-connect with his son. 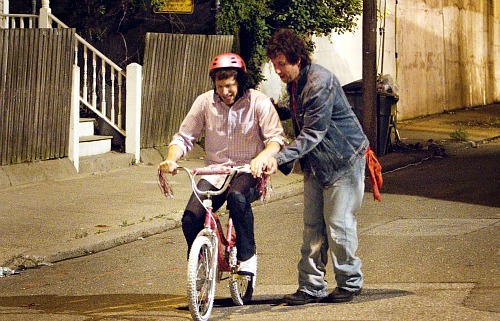 Sandler plays that teen almost 30 years later, now owner of a seedy strip club and a big tax bill. Andy Samberg is the son he produced with the math teacher and then raised ineptly. He’s now rich and a good prospect to hit up for a loan, or lure on to a ready-to-pay TV show. But he’s bitter, refusing to even acknowledge his father and about to marry into his boss’s family. The conflict plays out over a weekend at a country estate where Sandler livens up things, and all the guests, with his coarse ways, his gutter language and his exuberance. Low-class but the fans will like it. Vanilla Ice has a big role and Susan Sarandon has a neat cameo. She’s the math teacher years later. Her own daughter, Eva Amurri Martino, plays the younger version. (Scotiabank and many suburban theatres) 2 ½   out of 5