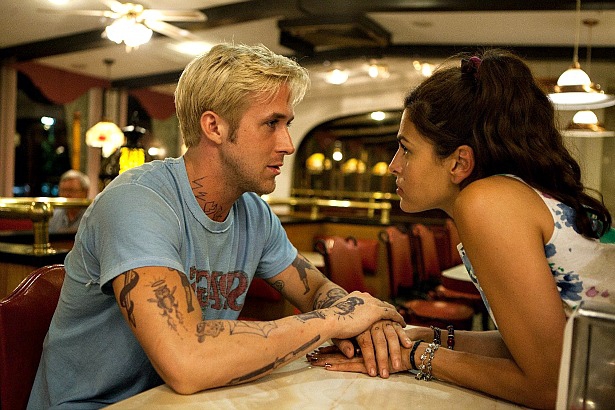 With 11 new films arriving all at once, all but one previewed, there’s lots to do and see today. Here’s the menu:

The Place Beyond the Pines:  4 stars

THE PLACE BEYOND THE PINES: Ryan Gosling does such a tremendous job creating a realistic working class character in part one, that some people are disappointed by the rest of the movie. Don’t give up on it though. In part two the focus shifts to a cop, played by Bradley Cooper, also effectively, and in part three, 15 years later, it shifts to their sons. The three parts together build a thoughtful essay on how everything we do inevitably affects others and how sons carry on much like their fathers.

Gosling is a stunt motorcycle rider in a travelling carnival, full of strut and then soul because he learns he’s a dad. He knocked up a local woman (Eva Mendes) the last time he was through Schenectady, the upstate New York city where the film is set.  (The title is the old Indian name). He decides to stay, offers support and starts robbing banks to get the money. We get several tense sequences, a thrilling cop-car chase through a cemetery and a story switch to Cooper as the cop.

He’s frustrated with his job and destined for politics but is compromised by some crooked colleagues. Fifteen years later the two sons become friends and unaware carriers of their legacy. The film is 15-20 minutes too long but the smart story and precise direction (both by Derek Cianfrance, who also worked with Gosling in Blue Valentine) plus strong acting by everybody easily overcome that flaw.  (The Park, Scotiabank and Suburban theatres)  4 out of 5

42: Just in time for Monday’s annual Jackie Robinson Day, here’s the story behind it. The film is accurate, well-intentioned but a little short of excitement, certainly when you consider the big struggles it depicts. Jackie was the first black to play Major League baseball in the U.S. (in modern times anyway) and it sparked a huge controversy when Branch Rickey of the Brooklyn Dodgers brought him out of the Negro leagues.  April 15 is the anniversary of his debut with the team. 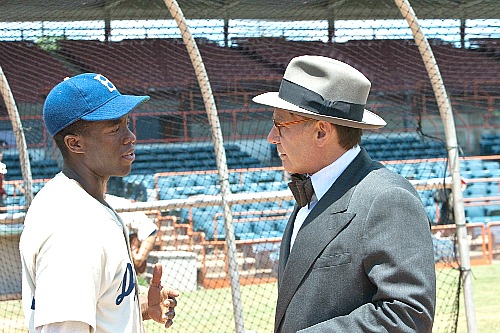 Little known Chadwick Boseman plays him rather blandly. He looks like Tiger Woods at times and only once lets loose the temper Robinson was known for. There was certainly much to trigger it: nasty fans, pitchers aiming at his head, a petition within his own team and a stunning racist tirade right on the field from an opposing coach. Even though he was under orders not to react but let it go, I would have expected he’d have a lot to rant about in private. We don’t see it. We do get great attention to other details. Harrison Ford is perfect as Rickey. Baseball plays are shown correctly as is a famous hug by teammate Pee Wee Reese. An Alabama ball park, about the size of our Nat Bailey Stadium, stands in for three of these disappearing landmarks. Oddly, the film does not venture to Montreal where Robinson played before the call up to the Dodgers. The fans loved him there and he often talked of the inspiration he got from them but we only see that team when it visited American cities. It’s a good film that could have been more.  (International Village and many suburban theatres) 3  out of 5

THE SAPPHIRES:  “Do ya like good music? That sweet soul music.”  No that song isn’t here in this Australian film but many others like it are as well as all the spunky spirit and fun. They’re belted out by  three Aboriginal sisters and a cousin who spin their love of singing into a tour of Vietnam to entertain the troops. The result is a true crowd pleaser. 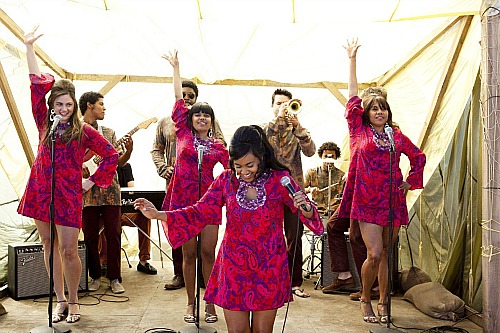