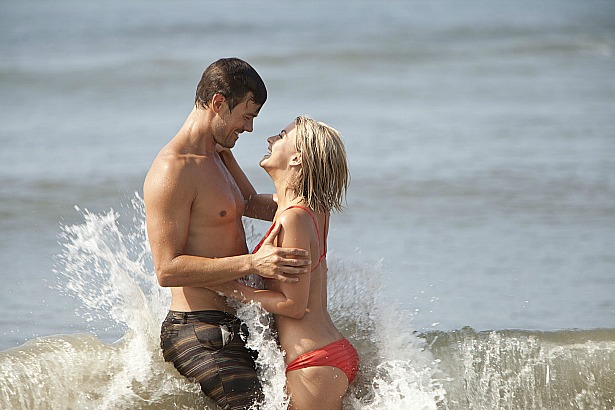 Romance in the sun and occasionally rain, in Safe Haven, the latest film from a Nicholas Sparks novel

A Glimpse into the Mind of Charles Swann III:  2

SAFE HAVEN:  There’s a warm romance here (perfect for Valentine’s Day and environs) complicated by a side trip into thriller territory and three major plot twists. The first is not a secret and involves a young woman who comes to a sunny North Carolina coastal village and pretty well keeps to herself because, as we soon learn, there’s a cop searching for her. There was some kind of violent incident and, also somewhere, there’s an abusive husband.  Fairly common stuff in a movie script. It would be unfair to tell you the second twist and the third? Well, it comes out of the blue, makes no sense at all and is completely out of step with the story we’ve been enjoying. It doesn’t spoil the movie since it arrives so late, but it is a head scratcher. 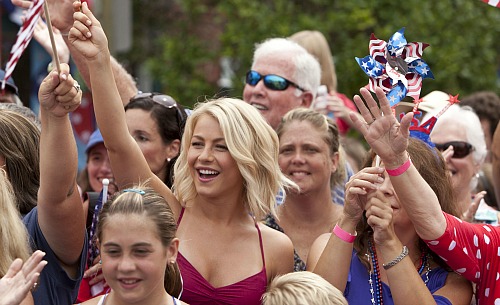 This is the 8th film made from a novel by Nicholas Sparks. It is not as intense as the best of them, The Notebook, but it delivers what his fans like, principally that romance, which is a charmer. Julianne Hough and Josh Duhamel are the couple; she just as radiant as she was in the Footloose remake and he as a nice-guy storeowner and widower.  It takes time to get them together and it’s a sweet dance on the way.  And yes, trouble is on the way too thereby setting up in an overwrought ending with 4th of July fireworks upstaged by real fire.  It’s not reality. This is dream-spinning for romantics. Ex-Vancouverite Cobie Smulders has a small role. (International Village and suburban theatres) 3 out of 5

BEAUTIFUL CREATURES: Now that the Twilight films are finished and we aren’t watching the werewolves and vampires in Forks, Wash. anymore, how about this as a replacement? A small town in South Carolina where witches hang out. Actually, they prefer to be called “casters” (of spells) and the town, we’re told, is the caster capital of the United States. Regular Baptist folks seem to know they’re around and often go on about evil and the devil. The new girl at school, played by Jane Campion’s daughter Alice Englert, is the target of their sneers but another student (Alden Ehrenreich) dares to befriend her.  He’s unusual anyway, reading Kurt Vonnegut and other “banned” authors. She introduces him to the poems of Charles Bukowski. 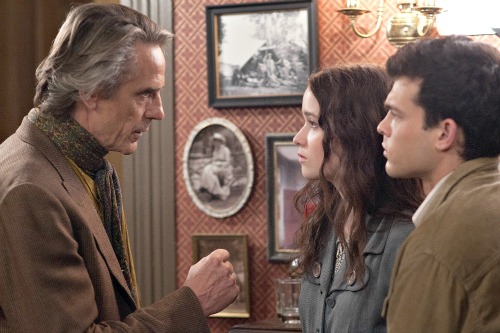 It’s not an easy friendship though. Her uncle (Jeremy Irons) doesn’t want it, two characters played by Emma Thompson oppose it and she is more than reluctant herself. That’s because she is a caster and on her upcoming 16th birthday she’ll undergo “the claiming” in which either the dark or the light side will take her.  It gets a bit confusing as this process advances and it’s hard to keep track of what’s going on. But the ultimate theme of the importance of making that choice yourself is admirable. It sets up some fierce confrontations with, among other people, her mother. The film should resonate with the Twilight crowd and anybody who’s into well-acted fantasy films. There are three more novels in the series this one comes from.  (International Village and suburban theatres) 3 out of 5

A GOOD DAY TO DIE HARD: Here’s an odd bit of info. After the tense and electric original in this series, Die Hard (1988), progressively worse sequels have come along but the box office take keeps rising. This fifth film is actually somewhat better than the last one although that doesn’t seem to matter. What does  matter is that it’s a virile action fest with lots of explosions, smashing cars, highway chases and people crashing through windows and spraying shards of glass everywhere. It’s exciting stuff, if you’re into that sort of thing.