ON CHESIL BEACH: Is this tale relevant these days? The couple in it are so inexperienced and ignorant about sex that they can’t figure out how to do it on their wedding night. Maybe back in 1962 when it takes place; not likely today. People who might want to see it as a look back in time, to what young people were like back then, will find another problem. This film has low energy. It’s far from the speedy dramas we get these days. So what’s left are the performers, who are excellent. 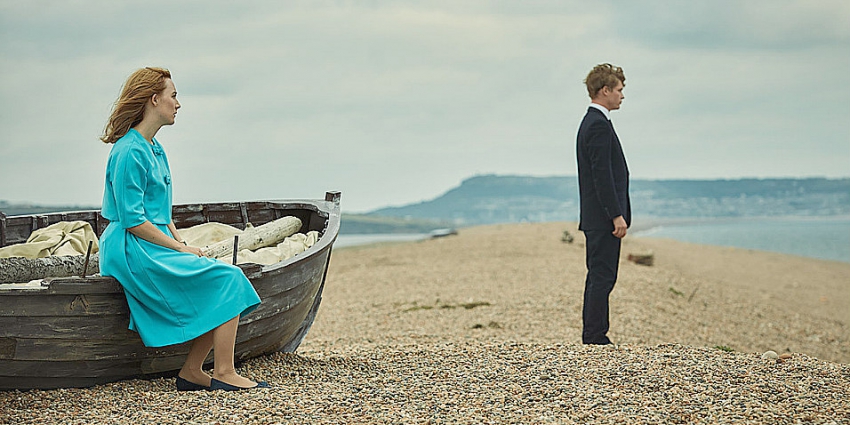 Saoirse Ronan and Billy Howle are the lovers (as they also try to be so in The Seagull, also in theatres right now). She plays classical music; he likes rock and roll and that pretty well sums up how they are different. Their families reflect the same class divergence. His mom is eccentric (after suffering a brain injury); his dad is a school headmaster. Her parents are wealthy; her mom (Emily Watson is snobbish). There are touching encounters as well as awkward ones. We see them as flashbacks from their wedding night hotel room where they fumble ineptly and achieve nothing. They have a big verbal clash out on the beach and split up. Why? It doesn’t really become clear. It’s hard to dramatize a novel as nuanced as this. Ian McEwan adapted his own book and may think that what he meant is coming across. Not so. He adds a couple of scenes at the end that would fit a Hollywood movie but as moving as they are, they’re out of step with the rest. (5th Avenue) 2 ½ out of 5

ZAMA: It’s nine years since Lucrecia Martel’s last film and that makes this an event. The Argentinian director had a trio of celebrated art house hits and people waited and waited, something like the lead character in this new film. Zama is a colonial official for the Spanish in South America, in what’s now called Paraguay. The sticks, you might call it. “We have almost no occasion for elegance here,” says a woman he meets. His wife and kids are in Buenos Aires and he’s waiting for a transfer to get back there. It never comes, and the governor cites bureaucracy rather than send  a letter to the king. So life drags with the waiting, which unfortunately the film does too, at the start. 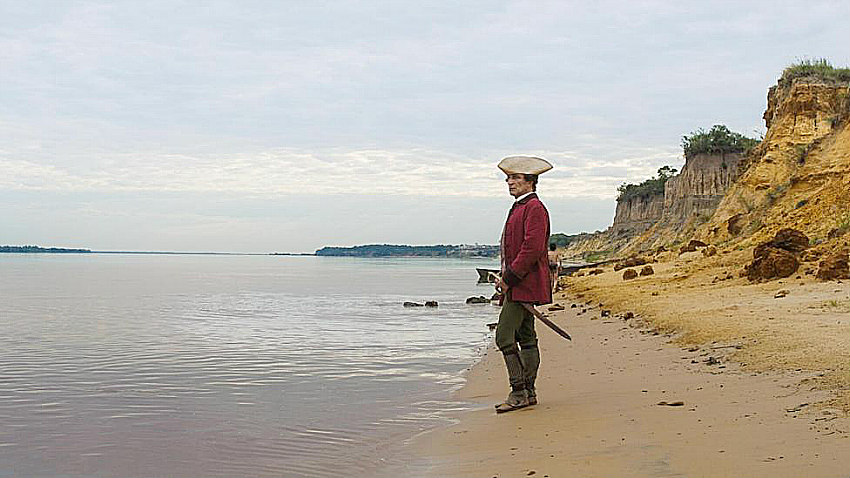 But gradually it picks up and enthralls with details. There are the indigenous people, called Indians of course and working as slaves. There are the mulattos working in a brothel. There are the elegant people at government functions. And there’s Zama, dispensing justice as a magistrate, gradually going mad and then joining a mission to chase down a dangerous criminal. That takes a surprising turn. Meanwhile the aboriginals are more and more depicted as primitive and eerie while the whites are frontier intruders and not at all heroic. That irreverent view of colonial life is from a 1956 novel, and was probably quite shocking back then.  Not so much these days, but it’s still a good movie with a sharp hiss of an attitude.  Note also the beautiful cinematography, often of scenes with odd staging and framing. (Playing at the Cinematheque, which is also showing Martel’s three previous films and a short.) 3 ½ out of 5

BLACK COP: It was named best Canadian film at VIFF last fall and has a regular booking now but in just one theatre. This Halifax production takes on the issue of racism and police violence by making a big switch. This black police officer flips out and turns on whites. He’s been harassed himself (while working undercover) and seen enough done to others to get angry. Ronnie Rowe plays him with real commitment. 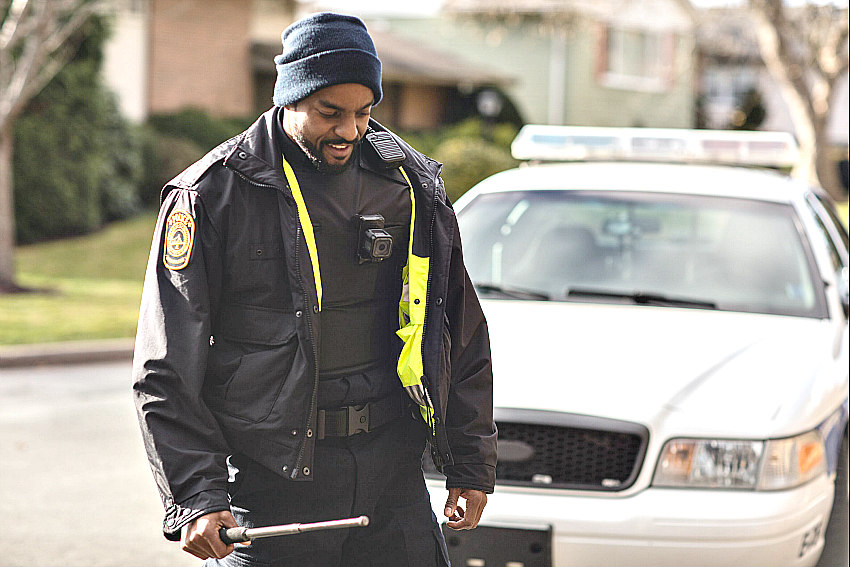 He uses exactly the same techniques as white cops.  He hassles a couple of drivers, including a woman who ends up whimpering,  almost slashes a tire and  imperiously dismisses a guy who’s bike was stolen. All the while, in his car, he listens to a continuing background chatter on talk radio about race, police violence, criminals and peoples’ fears. Sure this film by Cory Bowles, making his first transition from TV, is deliberate and manufactured but it plays well, reveals the issues and spins strong reasons to think about them. (Park Theatre) 3 ½ out of 5

ACTION POINT: This one is real summer stuff too, but possibly not too advisable. I don’t know; I haven’t seen it but I know what Johnny Knoxville has done before. Remember those Jackass movies? Those ever- escalating stunt gags? He’s got a whole theme park to play in this time. Safety, that fun-killing concept, isn’t a concern with the rides he’s operating and even less so when a new bigger park opens nearby and draws customers away. Johnny and gang pull out the stops get them back. (Marine Gateway, Metropolis and Landmark New West)