Men she has no trouble attracting. The film is basically a series of encounters with them, from the brutish banker in the sex scene (married, not leaving his wife), the insecure actor (married, may or may not split), an artist (too sensitive to commit to a relationship) to her former husband whose sex demands turn her away. There are others, most of them very short-term meetings, all characterized by lots of chatty talk. The dialogue is smart, reflecting the kind of connections a woman like her is able to make. Films don’t often succeed as well at showing a quest like that by an older woman, explaining the need that propels her or the knowledge she gains about herself. It’s not a comedy; that would require a straight line to a happy ending. There is humor but it’s secondary to the piquant observations about love and a perceptive, feminist view of callous men. And there’s a long end scene of a fortune teller (Gerard Depardieu, no less) offering essential but already understood advice. It’s an entertaining ending though to a breezy movie making some serious points. (International Village) 4 out of 5

FIRST REFORMED: Just when you think that Paul Schrader is going to do a Taxi Driver here (he wrote that film, remember) he restrains himself to deliver a grand meditation in this one (which he wrote and directed). His subject is no less than faith. What does it mean in the modern world? That question, along with subsidiary issues like pride, the value of prayer, personal responsibility, torments a small-town pastor played brilliantly by Ethan Hawke. It’s multi-level, sophisticated and maybe a bit too didactic but engrossing and relevant. What’s the church’s social mission these days? His was part of the Underground Railway long ago; the new one in town glorifies wealth and won’t talk about climate change. 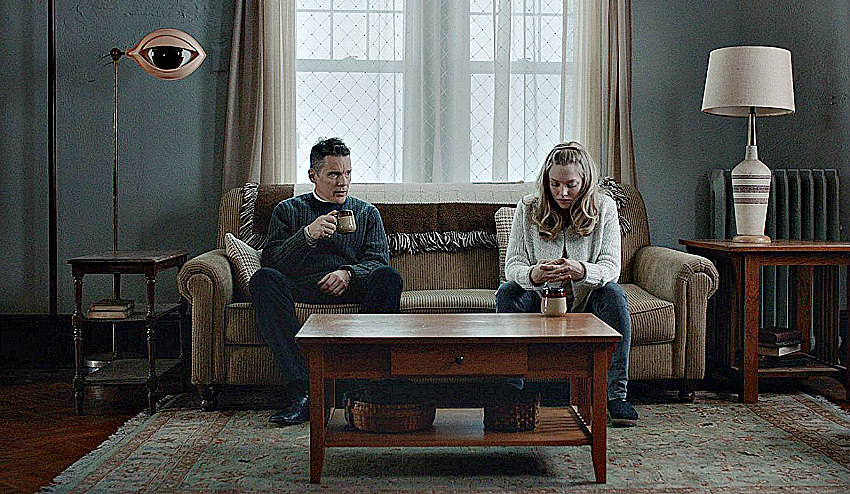 A young woman (Amanda Seyfried) triggers the inquiry by telling about her boyfriend, a man so in despair about the environmental future that he wants her to have an abortion rather than bring a child into the world. The pastor tries to convince him there’s hope but only manages to get infected with some of that despair himself and later finds the man has committed suicide. As a plot point that’s excessive but it does spark more discussion, with another minister (played straight by Cedric the Entertainer), a local industrialist and church people. The talk gets as detailed as a theology seminar (Revelations 11:18 anyone?) but communicates strongly. There’s also a visualization of transcendence in this very good, very thoughtful film. (5th Avenue) 4 out of 5

LEANING INTO THE WIND: ANDY GOLDWORTHY: The British artist (who lives in Scotland but travels and works widely) gets a second documentary look by the German filmmaker Thomas Riedelsheimer. That’s 16 years after the first one and once again we get time with a naturalist, an artist and a philosopher and it’s quite an uplifting experience. As you watch him apply yellow color to the cracks in a dead elm tree you get his thoughts on life and death. As you study the coffin shapes cut into bedrock, he says “you feel the human presence here.” In the city, cracks in the sidewalk are signs of nature underneath. 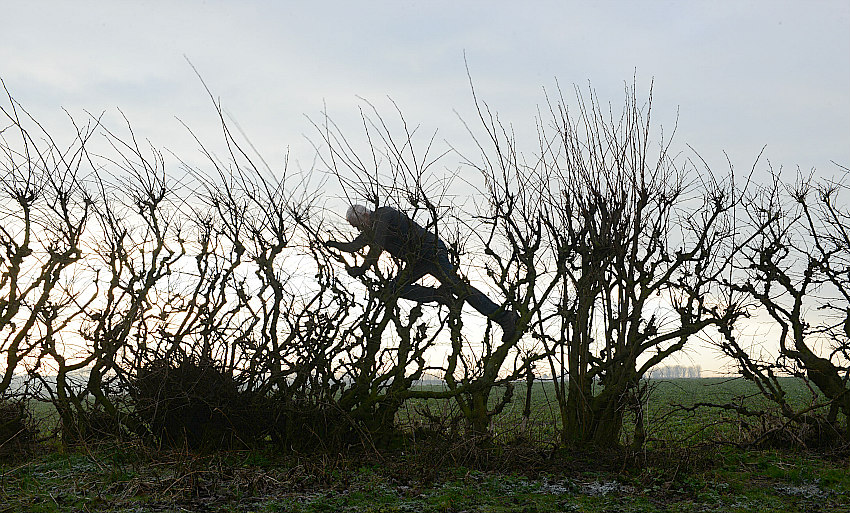 When he’s not climbing his way through the shrubs in a hedgerow, he’s creating sculptures out of the branches, limbs and pieces lying about. There are dramatic sights of long assemblies snaking through gorges and dales or decorative textures added to trees. It’s called land art and we see him at work creating it on three continents. In St. Louis he echoes stone arches with wood. In France he moves and cuts open giant rocks. In Gabon he studies a trail of ants. And everywhere he shares his thoughts on nature and impermanence. He’s such a warm individual and clear thinker, that you can’t help but be calmed and enlightened. (VanCity Theatre) 4 out of 5