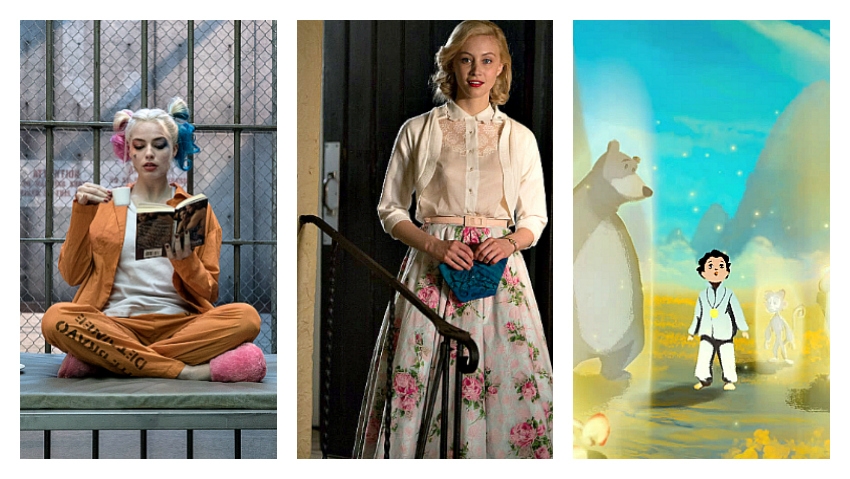 In those four others you get young love, a remarkable story about autism, women in India pondering their rights and Werner Herzog pondering the internet

The predictions say “Blockbuster”. The critics don’t agree. We’ll see if Suicide Squad, DC’s intense challenge to Marvel, pans out. Meanwhile you have some strong other choices this week both in the first-run theatres and over at the Cinematheque where the annual Film Noir series is now up to speed. Tomorrow and Tuesday for instance you can see Richard Widmark’s stunning debut as a real psychopath in Kiss of Death. Watch him giggle as a pushes a woman in a wheel chair down a flight of stairs. Leonard Maltin says other than that scene the film, made is 1947, is kind of polite by today’s standards. Hmmm.

The new films this week are:

SUICIDE SQUAD: The comic-book movie war continues, right up there on the corporate level. DC is trying to get back some of the pizzazz it lost to Marvel but has followed its dour Batman v Superman with this livelier but awfully muddled entry. It not as funny as Guardians of the Galaxy, not as much fun as The Avengers and not nearly as edgy as Deadpool, although it tries to be all of that. Worse, it’s not a match for its real inspiration, The Dirty Dozen which took a similar concept on a much more gripping mission.

The world is in trouble again. It always is in these movies. But this time, the only way “to protect our country,” according to a security official (Viola Davis), is to assemble a team of the worst prison inmates and send them out to fight the threat. Which turns out to be a witch, who is so embittered she’s out to build a machine to destroy all human beings and has a herd of scaly humanoids out in the streets ready to have their heads chopped off whenever the script calls for it. 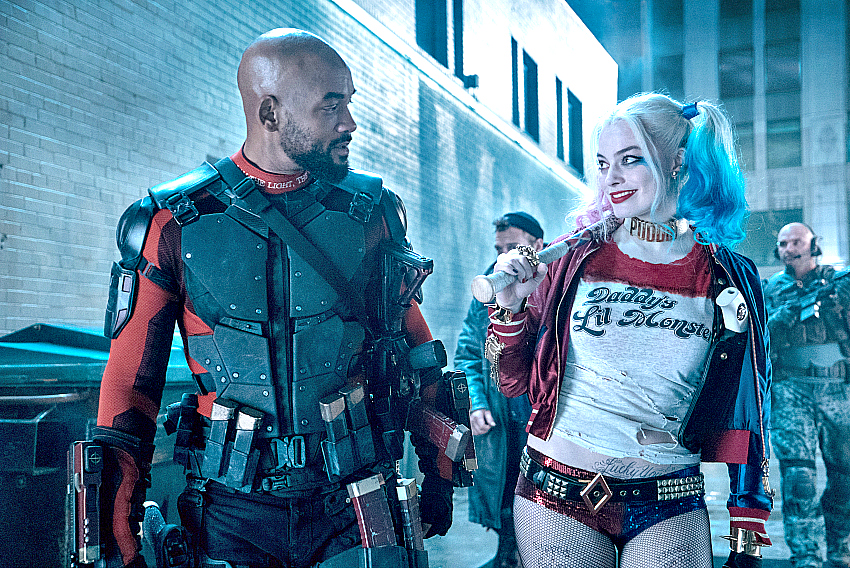 . Assembled against them are old Batman opponents who as a group have had their own comic book line since 1987. Two are the most prominent: Deadshot, the hit man, played by Will Smith and Hayley Quinn the wise-cracking bad girl in the shortest of short shorts. Margot Robbie, recently seen explaining financial terms from a bubble bath, has fun with that character. (“We’re bad guys. It’s what we do.”)

Since she’s also The Joker’s girlfriend, he’s around too now and then, not doing much but played as a grinning psycho by Oscar winner Jared Leto. Ben Affleck has two cameos as Batman, one early; the other down in the end credits. They’re in there because DC is trying to create its own universe, like Marvel has done. What they haven’t done yet is get us to care much for most of these characters. We don’t learn much about them or about the officer put in charge. Col. Rick Flag (Joel Kinnaman) does have a connection that helps confuse the story. His girlfriend has become possessed by the witch. With the plot such a jumble, the action better be good. It’s only OK. It’ll be big though because the fans are poised and it’s opening wider than any August movie ever before. It was filmed in Toronto with Montreal and Vancouver contributing some of the special effects. (5th Avenue, Scotiabank, Marine Gateway and many suburban theatres) 2 ½ out of 5

INDIGNATION: You won’t find much here to justify the power of that title but you do get a high-toned story of love and coming of age many levels of intelligence above the usual. Raunchy is the norm for this kind of thing these days but this is from a Philip Roth novel set in the 1950s when a tone this clean and semi-sweet was natural. It’s amazing how well it fits even today. At least in this precise staging by James Schamus, long a producer, now making his debut as a director. 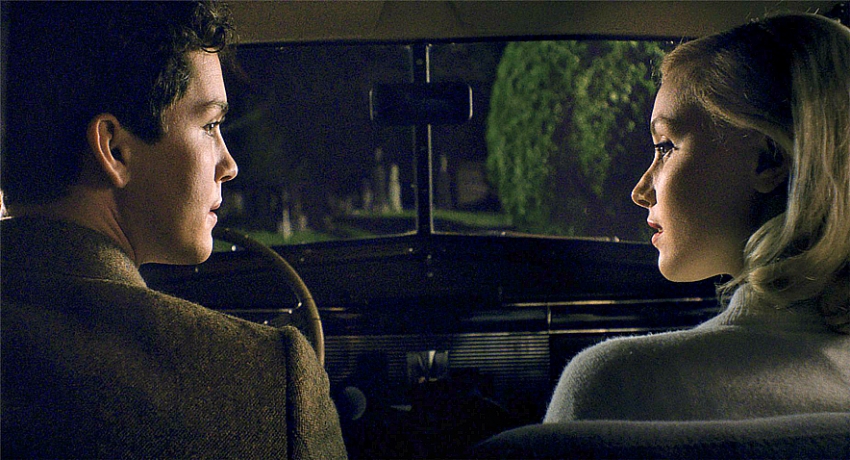 Logan Lerman plays the son of a New Jersey butcher who gets into a college in Ohio and thereby escapes both his protective parents and the draft for the Korean war. He’s determined to be his own man, won’t join a fraternity when asked and moves into a single room when his roommates annoy him. But catching sight of a blonde student (Sarah Gadon) in the library starts new unfamiliar feelings rising and when on a first date, she goes down on him, questions haunt him. He tortures himself trying to figure out what has happened. The dean (Tracy Letts) calls him in and in an invigorating 15-minute back and forth asks about everything. Why did he not say his father is a Kosher butcher? Why did he move? What’s that girl to him? Why does he quote Bertrand Russell? Intellectually it’s thrilling and neither gives an inch. It’s the centerpiece of the film although there are revelations, setbacks and losses to come. Cruel  fate is the theme but not railed against as much as you might expect. Other than that, it’s fine. And for Sarah Gadon, from Toronto, who we last saw as a young Princess Elizabeth, it’s a major step up, careerwise. (5th Avenue) 4 out of 5