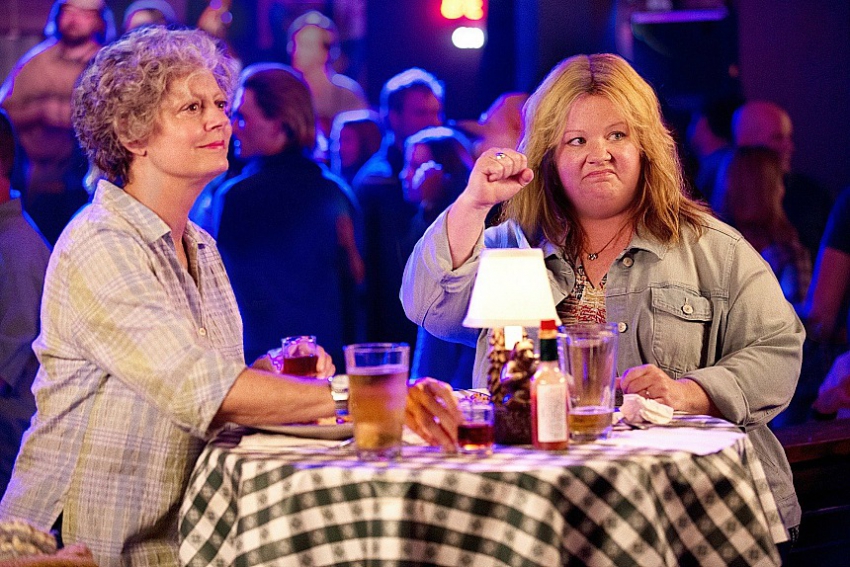 Soccer fans, notice that the VanCity Theatre is now putting World Cup games on its big screen and letting you in free to watch them. Details at this website.

Note also the background to the second game today (July 4). Colombia, which is playing Brazil in a quarter final match, is finally back in form 20 years after a disaster. At the 1994 World Cup, Andres Escobar scored an own goal which knocked his team out, and led to his murder soon after. That was documented in the brilliant film, The Two Escobars, which played both the film festival and the VanCity a few years ago.

The new films this week are …

Deliver Us From Evil: 2

TAMMY: Melissa McCarthy’s booming career has been a nice surprise since her breakout in Bridesmaids because, well, she’s not your usual slim, curvy movie star. She’s what’s called full-figured and people love her for her spunky comedic chops. Her three movies have made hundreds of millions of dollars. That gave her this new opportunity, starring in a film she produced (along with Will Ferrell) and co-wrote with her husband, Ben Falcone (who also directed). That’s a lot of comedy power and we would really have something special if only they had managed to write in more funny stuff. The film is surprisingly short of humor, leaning instead to lightly emotional and moving and delivering only facile versions of those. 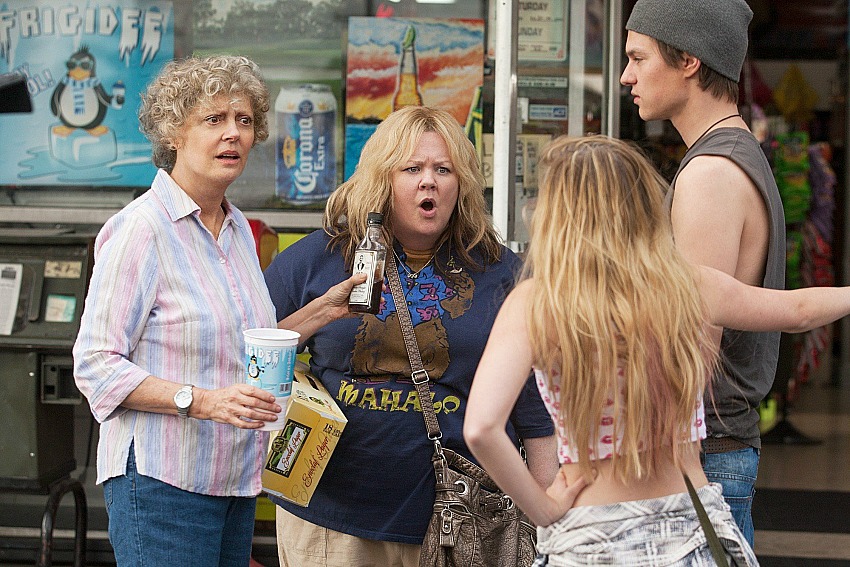 McCarthy’s hapless but endearing character has one hell of a bad day. She wrecks her car, gets fired for arriving to work late and walks in on her husband and a woman neighbor. Her mother (Allison Janney) is no help but her grandmother (Susan Sarandon) is eager to, although she’s an alcoholic and a diabetic. A slapdash collection of comedic ideas fail to coalesce as they drive from Illinois towards Niagara Falls. They hit a tavern for drinks and dancing (followed by some old-age sex for one and an innocently sweet link-up with a farm boy for the other) and then a lesbian July 4th party hosted by Kathy Bates and Sandra Oh.

They also land in jail and McCarthy robs a hamburger joint to raise bail. It’s not as funny as that may sound and, for a road movie, it plays out as somewhat lifeless. McCarthy wrote herself as low-class and slovenly (the kind who throws a half-eaten hamburger out the car window) and yet survives to gain (not earn, just gain) our empathy. (Scotiabank and many suburban theatres) 2 ½ out of 5

WORDS AND PICTURES: For a long time, this one charms with intelligence. It doesn’t last though because the central metaphor goes on too long and that pretty well under cuts what the film is trying to do. You come to realize that as literate and bright as it is, this would never happen. 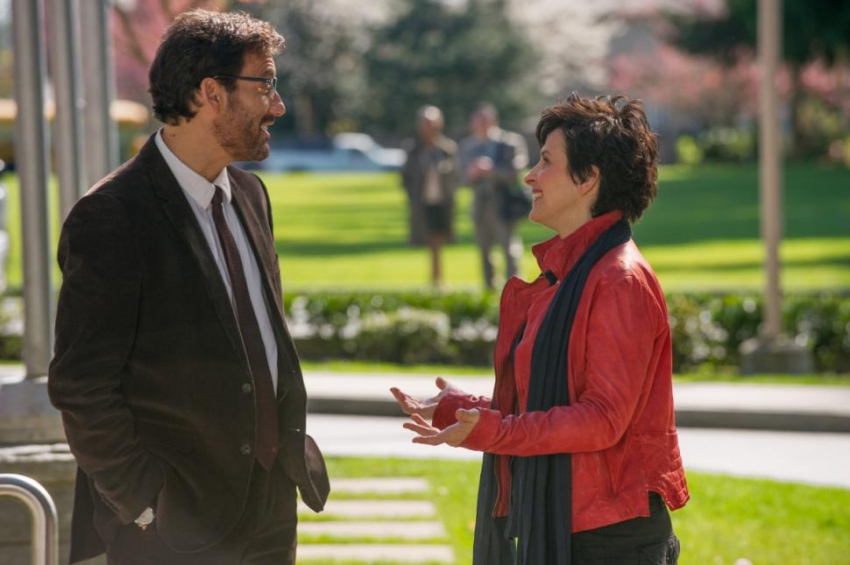 Clive Owen and Juliette Binoche play teachers at a prep school in Maine who get into a competition of absolutely no importance but presented here as a momentous academic debate.

Actually, she’s a reluctant participant. He cajoles her into it. He’s a dried-up writer (but enthusiastic drinker) who is upset that his students don’t take language seriously enough. She’s a painter reduced by her arthritis to merely teaching art. So, what’s more powerful, a picture, with its force of 1,000 words, or words with their ability to articulate non-visual concepts? A short discussion in the faculty room would suffice but this film gets the whole school involved with a poster campaign and ultimately a student assembly.

Meanwhile, Owen and Binoche gradually develop a romance. It all feels designed and despite the charm of the two leads, artificial. Directed in Vancouver by Fred Schepisi, who more than 25 years ago came here—to Nelson, B.C.—to make a more charming film, Roxanne. (5th Avenue Cinemas) 2 ½ out of 5