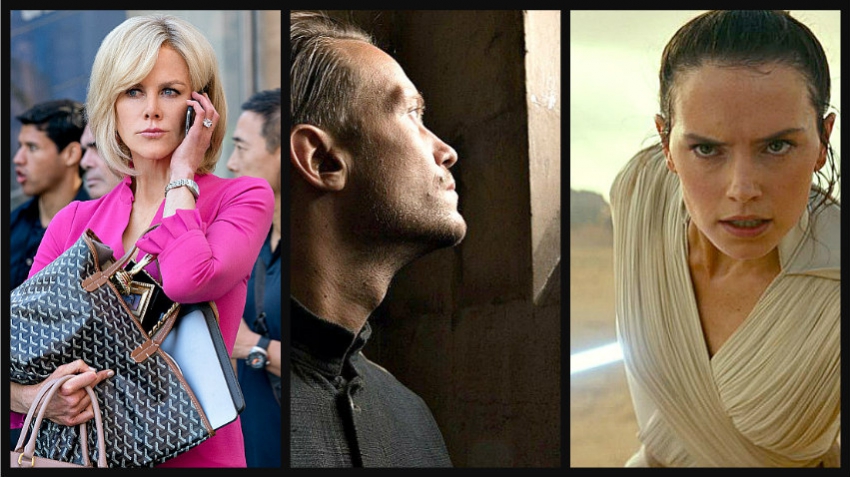 Also now playing or about to start: Cats, the giant musical, 63 Up, the latest visit with old friends, and Compulsive Liar, a big hit comedy from Quebec

Season’s Greetings.  If you’re going to the movies it’s bound to be pretty joyous because most of the best films for the holidays are now playing. A few are waiting until next month and three open Christmas Day. I’ll write about those next Friday but here’s a preview: I’ll have high praise for Little Women. It’s one to see, for sure.

Meanwhile, a local film that deserves more attention than it got, now has a second life. Bruce Sweeney’s family-tension comedy, Kingsway, became available on iTunes and VOD three days ago. It takes place, you guessed it, on or near Kingsway. Three weeks ago, the local performers union UBCP/ACTRA awarded Camille Sullivan best actress for her performance in the movie.

And these films are new in theatres now:

Star Wars: The Rise of Skywalker: 3 ½

BOMBSHELL: Women will get this film almost instinctively. They recognize the details, big and small, of sexual-harassment in a workplace that are so well portrayed here. For anybody else this is enlightening stuff, tough and surprisingly engrossing, entertaining even, thanks to a brisk pace, the clear outlining of the issues and the superb performances by the a-list cast. Charlize Theron, Nicole Kidman and  Margot Robbie portray the three women who brought down Roger Ailes the man who pretty-well created Fox News. He’s played by John Lithgow with an eerie air of dominance, and in his private office, with creepy suggestions tied to career prospects.  The film is ultimately about ambition and what women feel they must do. That theme connects powerfully. 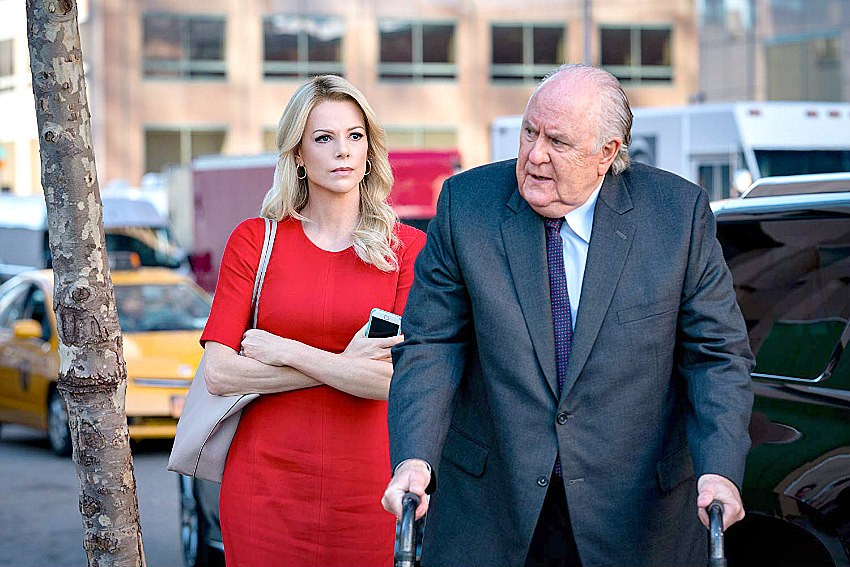 Kidman plays Gretchen Carlson, the TV anchor who sued Ailes. Theron is Megyn Kelly whose menstrual period Donald Trump alluded to after she asked a tough question. Robbie plays a composite of several other women who woke up to the toxic atmosphere at their work, which by many accounts is underplayed here.  Note, this was a year before the Weinstein scandal broke and may be the seed of the #MeToo movement. For news junkies it is also a peek inside Fox News and the blend of “fear and revenge” that has made it so successfull , especially with Trump.  The film is critical but again goes too easy. Rupert Murdoch (played by Malcolm McDowell) arrives late and sets things right. Ailes (and Bill O’Reilly, hardly in the film) are out but, according to a postscript, given mammoth severance packages. Watch for real awards:  all three women have nominations, Theron and Robbie for Golden Globes and Theron and Kidman from the Screen Actors Guild. Jay Roach directed and Bron Studios, the Burnaby company, is one of the producers. (Scotiabank, Park and suburban theatres) 4 out of 5

A HIDDEN LIFE: Terrence Malick is back in very good form. His ruminations on the place of mankind in the universe have been cryptic and elusive for a couple of films. This time they deal with our place right here on earth and among people like and unlike us. Do we let the crowd steer us or stick to our own sense of right and wrong? It’s a discussion you’ve seen in the movies quite often and here it gets a calm, heartfelt and emotionally gripping airing in a spectacularly beautiful setting. 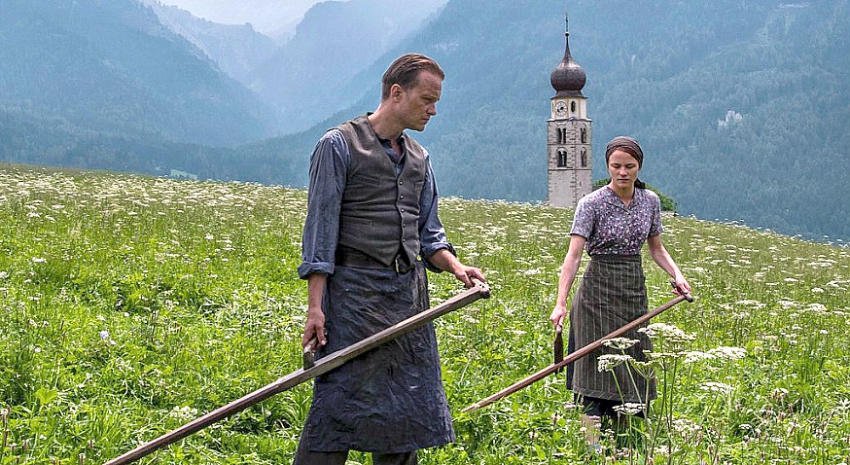 Rural Austria, with the mountains behind, is where Franz and his wife Franziska work a small farm. It’s almost an Eden, and the film perfectly captures the look and the rhythms of the place. I know that because I lived there as a boy. But this is set earlier, in 1939. Hitler has annexed the whole country, his troops arrive and Franz has to take military training. But he won’t sig heil and he won’t fight. The bishop says “You have a duty to the Fatherland.” The mayor calls him a traitor and the townspeople shun him and his family. The rest of the film, slowly, deliberately and at length (at almost three hours, too long for many) ponders the implications of his resistance. He’s a simple farmer; he doesn’t think too deeply about this. He just knows what he believes and cites a few Biblical quotes. His thoughts are taken from letters he wrote to his wife from the prison he was taken to. It’s a true, though little-known, story and is clearly meant to speak to our time today, as well as history. Decency under attack is relevant anytime. It’s depicted here with a slightly surrealistic feel in one of the best films of the year. (International Village) 4 ½ out of 5

STAR WARS: THE RISE OF SKYWALKER: If you can remember the first film 42 years ago, it and the others that followed were produced like a chapter in one of those serials that used to play Saturday afternoons in the movie theatres. That first episode turned out to be near the middle of the series as George Lucas envisioned it and this film is the conclusion. It’s much altered apparently from his original plan but makes for a good send off to a great saga. It adds several new elements to the mythology, deepens others and adds a few new characters. We learned previously that Kylo Ren (Adam Driver) is the son of Han Solo and Princess Leia. That makes him Darth Vader’s grandson and he’s now conducting himself more and more like him.