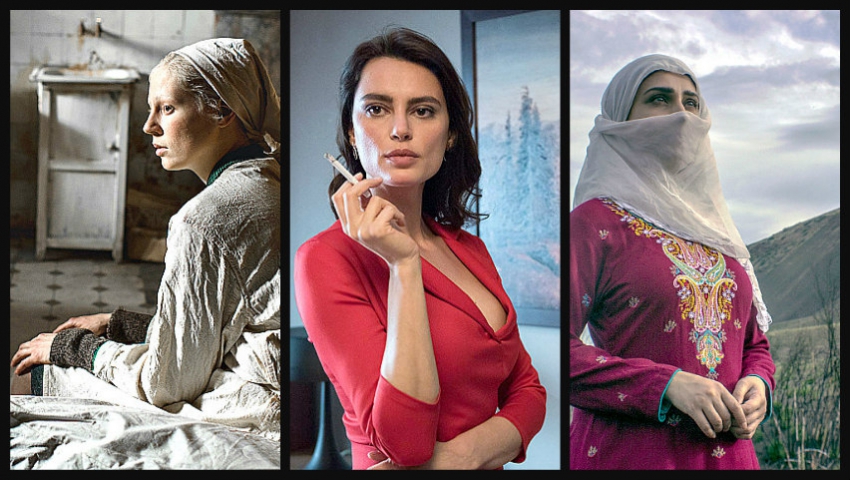 Note also new ones from Vin Diesel, Dave Bautista, Annette Bening with Bill Nighy, a forgotten Canadian tragedy and China’s rush to tear down some of its heritage

Wow. Disneyland shut down. The NBA out. Tribeca Film Festival and more movies delayed. Next week's Quiet Place Part II and Mulan the following week are the latest. All because of the coronavirus. Here in town the Rio and Van City Theatres have issued extra precautions to make you feel safe, mostly with cleanliness and also assurances. The Rio says it’s large enough that you won’t be sitting too close to anyone else. VanCity is making sure of that by selling only half the seats.

Ironically this is another week with a big number of new films in town. 11 in all. More than I’ve been able to catch.

BEANPOLE: Of all the movies new in town right now, this is a must see. It is so deeply felt about the aftermath of war, especially on women, that you’ll have a long time forgetting it. The sentiments it raises are so strong that you’ll hardly think about how grim the background is.

It’s set in Leningrad, Russia about a year after World War II has ended and centers on two women. Iya, nicknamed Beanpole because she’s tall and thin, works as a nurse in a hospital. She’s just as traumatized as her patients and prone to freezing up, quivering and shaking. She’s also caring for the 3-year-old son of her army buddy Masha who returns, sloughs off some very bad news and suggests they go dancing. Masha is a life-force, brilliantly played by a newcomer named Vasilisa Perelygina.  In fact both women (Viktoria Miroshnichenko is Iya) have never acted in a movie before and yet they are completely convincing. They get themselves picked up at the dance hall, have sex, meet the parents of one of the guys and insult the mother after she denigrates their contributions during the war. Masha has medical issues that add another layer of deep drama. It’s rare to find a film this rich with emotion and human experience. The director, Kantemir Balagov, is only 28 years old and definitely one to watch. (VanCity Theatre) 4 ½ out of 5

THE WHISTLERS: Corneliu Porumboiu from Romania makes highly enjoyable films stocked with deadpan humor, plot twists and acerbic views of officialdom. He’s outdone himself in his latest, certainly with the funny and the twisty, though with less of the mocking of politicians. He’s mostly concerned with criminals here and a crooked cop.  He, played by the well-known Vlad Ivanov, wants to free a crook from prison, at the behest of the guy’s girlfriend (Catrinel Marlon), a real femme fatale. It’s not love motivating her; it’s money. The crook knows where 30 million Euros in illegal cash is stashed. The cop, his female boss (Rodica Lazar) and the Mafia boss he’s been co-operating with, all want it. 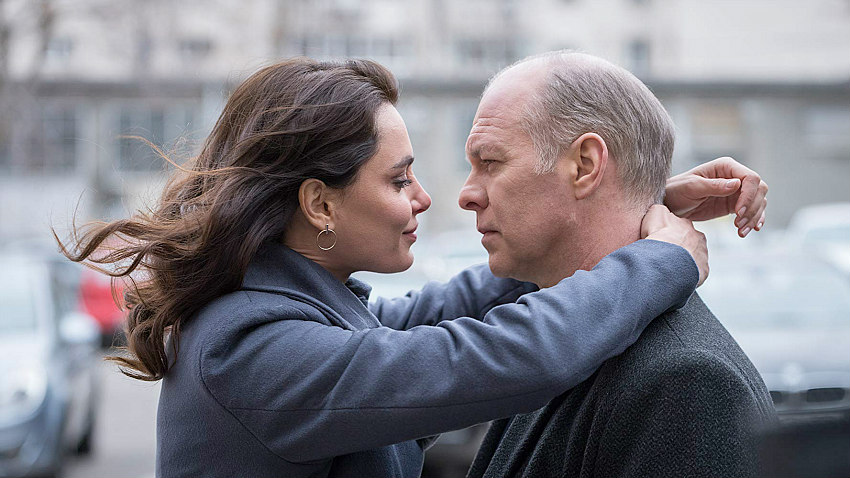 He first has to go to the Canary Island named Gomera to learn an ancient language entirely made up of whistles. It’s been used for centuries to outwit authorities, usually over ravines and mountainscapes but works just as well in the modern canyons of big cities and against surveillance cameras. The film takes the idea to pleasingly absurd levels. There are twists and revelations (too many actually) and we don’t know who is loyal to who and who is being honest and not. Operatic music plays now and then to add flavor, although an Iggy Pop record starts the movie and a visit to Singapore ends it. It’s all part of the fun. (VanCity Theatre) 3 ½ out of 5

RED SNOW: I'm not quite as able to draw a connection between Indigenous people in Canada’s north and the Pashtun of Afghanistan, not to the extent that  Marie Clements has done in her first movie drama. But she’s made a strong case for how she sees it and, more pertinently, for the need these days to find similarities between people. Her background in documentary film and her heritage (Metis, based here in BC) shape that message. It comes with a pretty good adventure film wrapped around it. 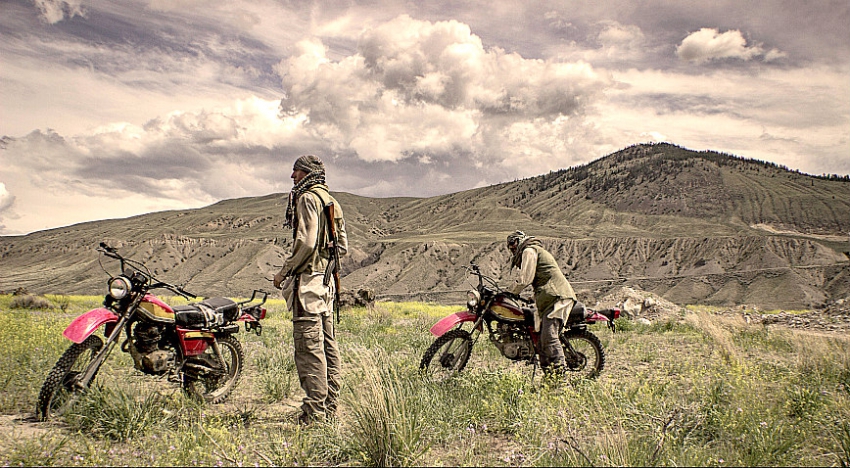 A soldier (Asivak Koostachin) from the Gwich’in people (part of the Yukon and the North West Territories) is captured by the Taliban and interrogated about that code he’s writing in his notebook. It’s not code; it’s his native language. He’s not American, he’s Canadian. “The same,” the Taliban guy says. “You are on my land? Protecting your country?”